The Cheviot from Langleeford - Northumberland 1 April 2010.

I was looking at my blog recently to send my friend a link so he could see photos of one time I had walked The Cheviot with Anne, in heavy snow, when I realised I had not posted them.  This could be because this walk was before I had set up my blog.  Never mind here they are.

As part of my preparation for the Cape Wrath trail, I took all my kit for a walk up The Cheviot 815m.  We left the car on the grass near the farm at Langleeford 240m, it was bright and clear when we started. We took the path near the farm that travelled west towards Scald Hill 549m, we could see the snow and the snow line was low and we reached it before Scald Hill. 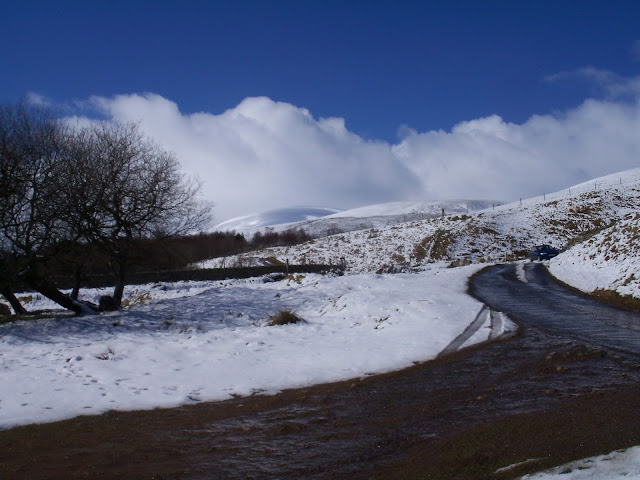 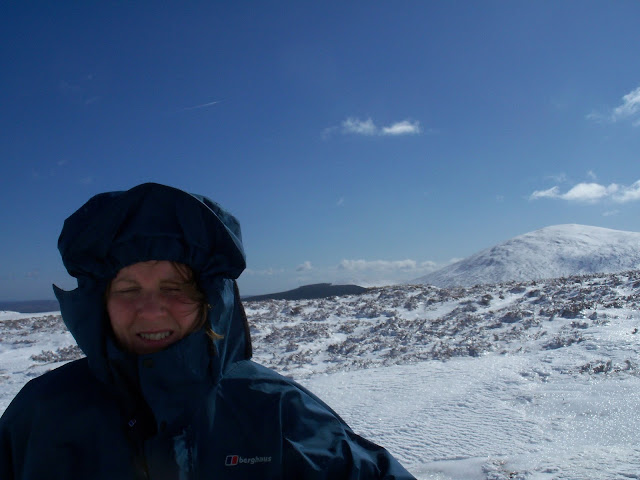 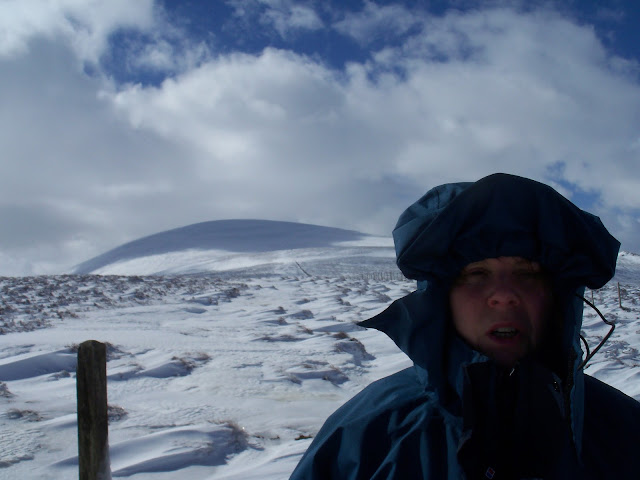 It was firm underfoot and we were able to get a good grip so we continued. The path turns south west as we climbed, the snow was deeper the higher we climbed, you could tell by how much of the fence was shown. The weather was still clear and we rested a few times on our way up. A beautiful day really. 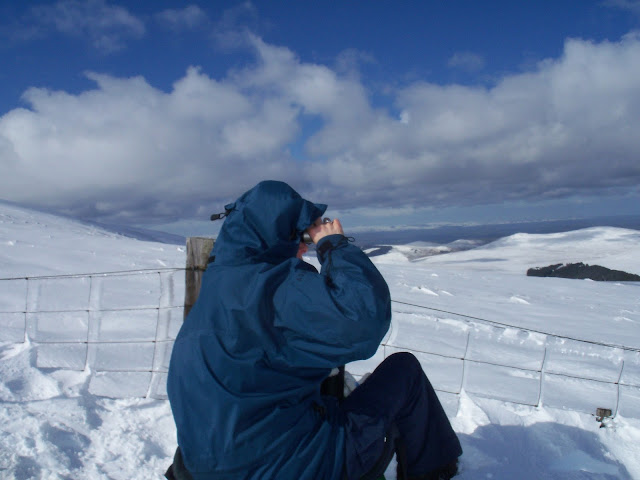 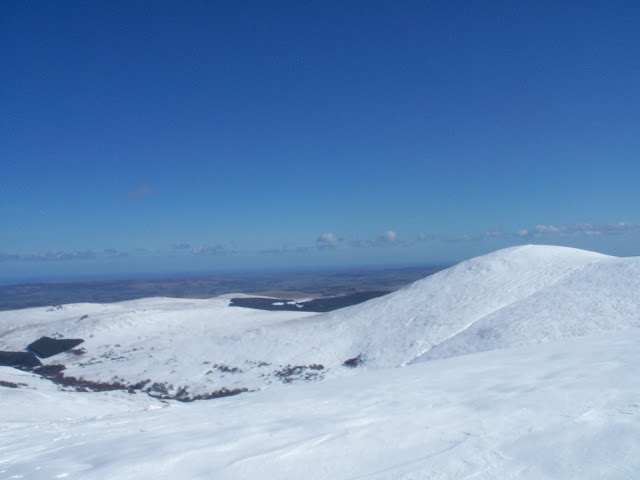 As the ground levelled off a little, a fence line joined us from the right, here the wind decided to pick up some speed. Our visibility became poor as snow was being blown into our faces, we only had a few hundred meters to go so we continued.  In places we could see a bluey white colour in the snow. It took us a few minutes to reach the column on The Cheviot, once there we took a couple of photos as we were being buffeted from all sides by the strong gusts of wind and snow. 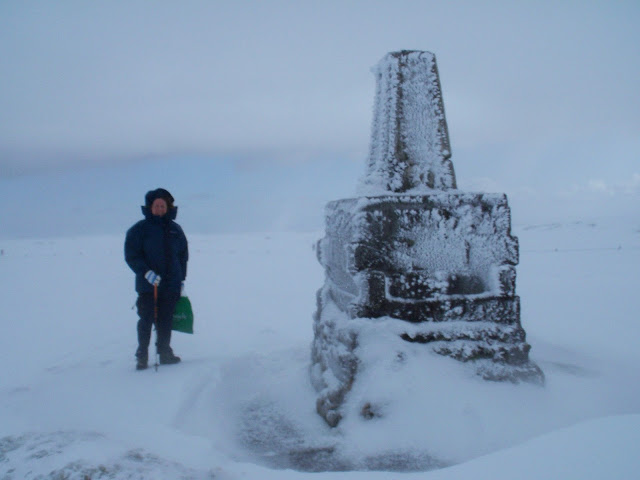 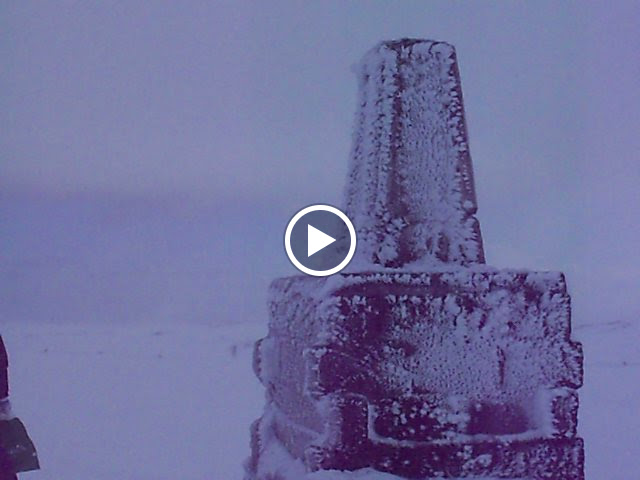 Turning around we were soon on our way back down, it only took a few minutes to return to the leeward side of the hill again where we were out of the wind and back into clear sunshine. The walk back down was uneventful until we reached the level ground near Scald Hill. Due to the warmth of the sun the snow had softened in places, where it had been solid and firm on our way up was now soft and would not take my weight especially with the kit I was carrying.  Occasionally I would take a step and I would go deeper into the snow causing deep holes, not a real problem just an inconvenience. We soon left the snow line and returned to the car.