I had a restless nights sleep.  Having had an early night I was all tucked up when the bar staff came out and emptied all the bottles into the bottle banks.  That was the start of the noise and as the bar closed another group had decided to pitch their tent near me.  They started with car doors slamming and giggling.  Although trying to be quite (not) it was as if the drink had made them noisy when trying to be quite, if you know what I mean.  When they finally got their tent up and went inside it was if they thought the tent had solid walls, as the volume of the chat and giggling went up.

Not to worry I had a good start to the days walking, leaving at about 0740.  I picked up another couple of trig points for my spot collection, including White Hill. 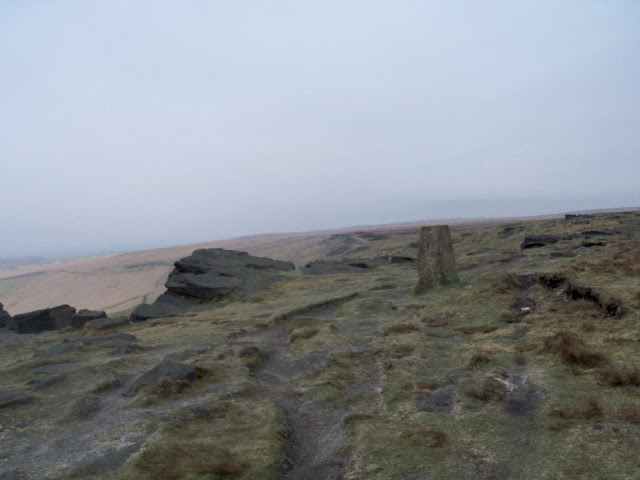 After which The Way drops down towards a couple of masts next to the M62.  I crossed over the footbridge then continued North coming to a very old stone, the Aiggin Stone. 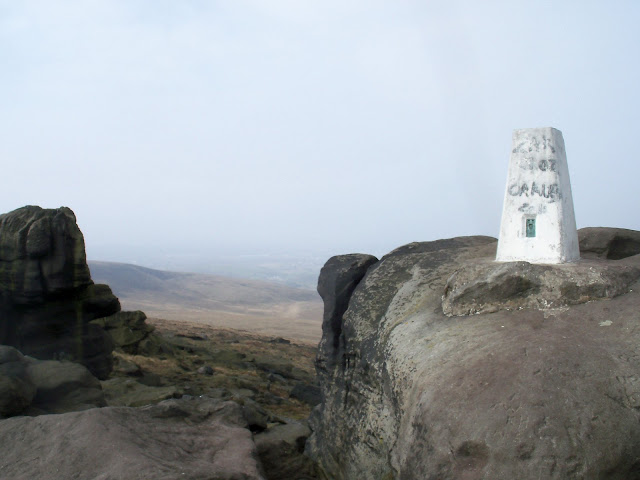 While doing my research I had e-mailed Pete at the White House Public House to see if I could get a meal there, as I had planned to arrive there Sunday Night (that night).  Here I was at Pete's White House Public House early and had to wait for it to open, so I took the opportunity to sit in the sunshine and laid my kit out to dry it off, ring home and took my boots off to get some air to my feet.  With starting on the Friday afternoon and walking at a fast pace I was well ahead of my plan, so stayed here 2 hours. 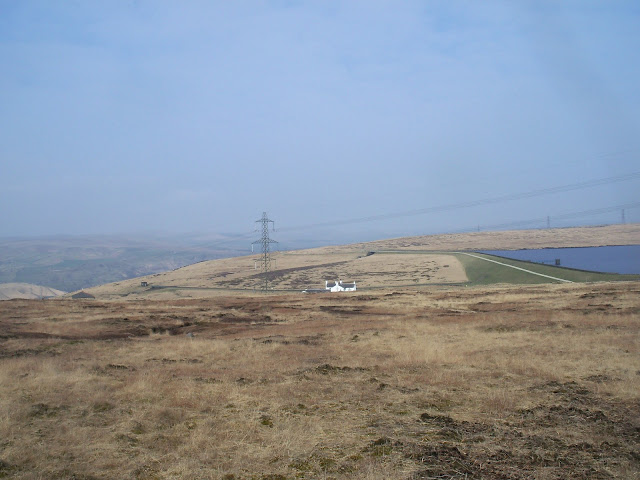 Although I had flew to Pete's White House when I did get in for a meal, I struggled to eat my dinner but I was glad of it.  At the time I did not know it but today was a day I would cover a lot of distance and very quickly, it was a good day walking.

From the White House The Way moves North beside a number of reservoirs before turning East, North East at Langfield Common towards Stoodley Pike.  In my guide book it says Stoodley Pike was built following the exile of Napoleon to Elba in 1814, but building stopped when Napoleon escaped.  Then after Waterloo in 1815 work started again with the monument being completed in 1855.  My guide then goes on to say it then collapsed and was rebuilt in 1856.  While having a quick rest I could not resist going in and looking around at the old graffiti engraved all over the Pike. 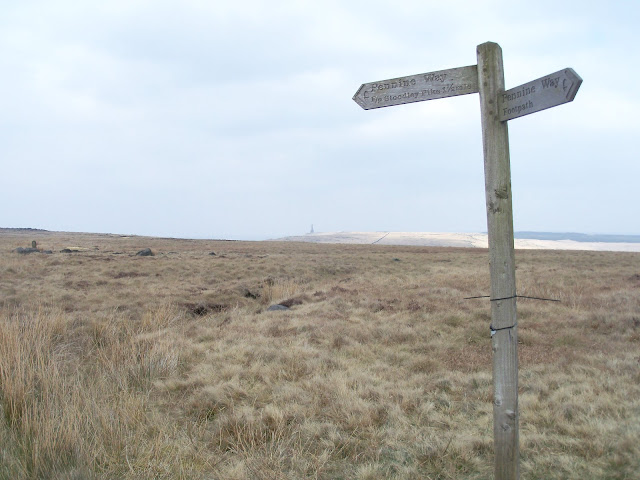 The Way then heads towards Hebden Bridge but turns North West at Charlestown to cross the river, canal and railway line at Callis Bridge.

There is a steep climb from Callis Bridge and many paths to choose from, I found it best just to keep heading up hill.

During my research I found that I could possibly get a meal at the Delight Inn, Jack Bridge, but when I got there it had closed about 15 minutes earlier.  Never mind I looked at my map and note book and estimated I had time to get as far as the Pack Horse, so moved on.  I was slightly off The Way arriving at Jack Bridge so followed The Pennine Bridleway until it joined back up with The Way.  After a steady climb The Way drops down to cross a couple of streams.  There was what appeared to be a very old stone bridge that crossed the stream but there was no mention in my guide book to say this, but it did look old. 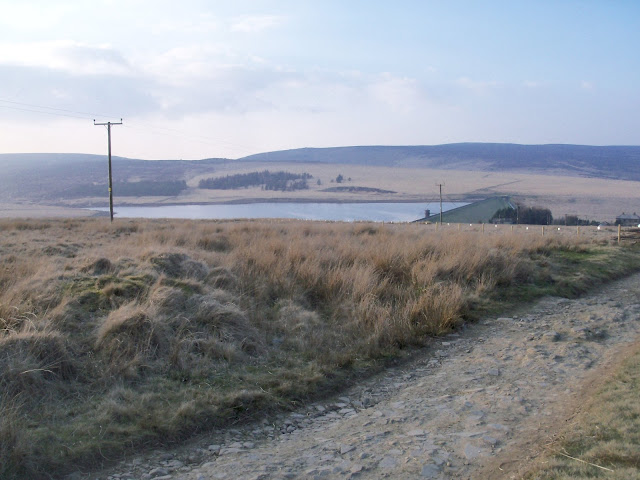 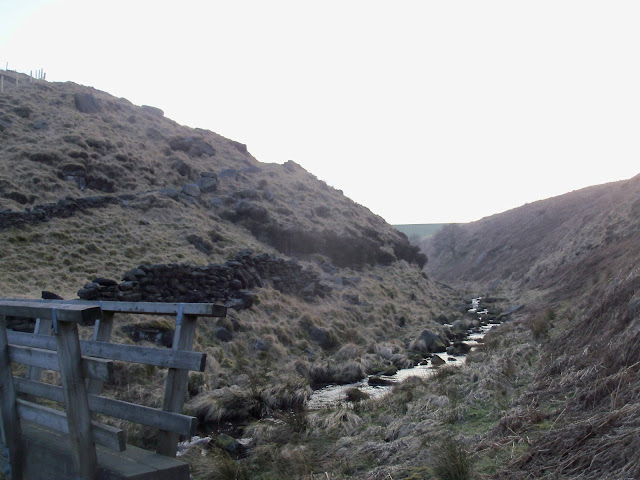 Going up the rise I decided to take the path across the open fields to the Pack Horse.

What a snobby lot I found at the Pack Horse, as I was taking my boots off I stepped aside to let a couple through to the door.  It was like Lord and Lady muck just walking through you like you don't count with not even a thank you for holding the door open, very rude.  I also felt that mine host was looking down his nose at me as well.  Not to worry after a good meal, I picked up my bag and moved on.

It was still day light so I travelled another few kilometres.  From the Pack Horse I retraced my steps back along the road to rejoin The Way which after about a further 400m turned sharp right in an Easterly direction from the road.  I followed this path beside a wood and a reservoir where geese were settling for the night, walking for a further 2 - 2 1/2 km.  It was starting to get dark, I thought it may be prudent to find somewhere to pitch my tent.  I felt uncomfortable about pitching my tent near the water so moved up a track away from The Way and pitched my tent in the dark on a flat piece of ground next to a wall.  It was not perfect but good enough for what I wanted, time approx 2040.

I had been on the move about 13 hours, with my 2 hour rest at Pete's White House I had been walking less than 11 hours and covered about another 34km, I felt really pleased with myself.