What a difference in a fortnight.  I had intended to do another route but the weather changed that. Today Anthony was with me.

We had an early start and a heavy frost overnight made the roads very slippery, especially in the valley itself.  I made the decision that I would park at Busby Woods 130m and not risk driving any further.  As we were getting out the car another walker drove passed.

It was very cold when we set off and we were wrapped up as best as we could.  Walking next to the road I found the ground very hard and I had in my mind a line from a school hymn, "Earth as hard as iron", and it certainly was.  The road was like a sheet of ice and I reckoned I had made the right decision in leaving the car at Busby Wood.  Most of the ice would clear as the sun rose and the day warmed.

We walked by the road West, to where I had started my last walk. 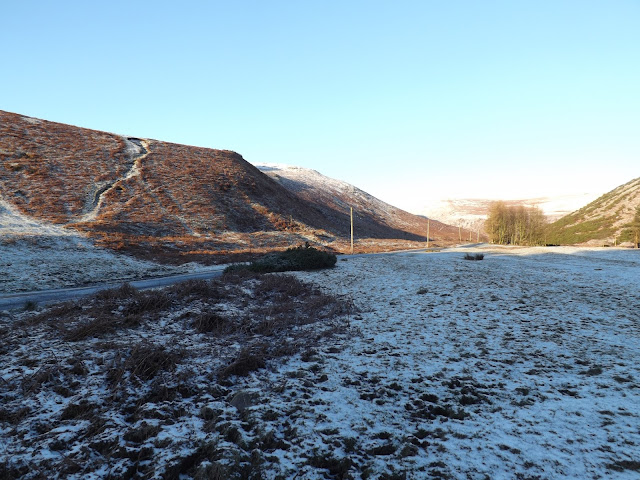 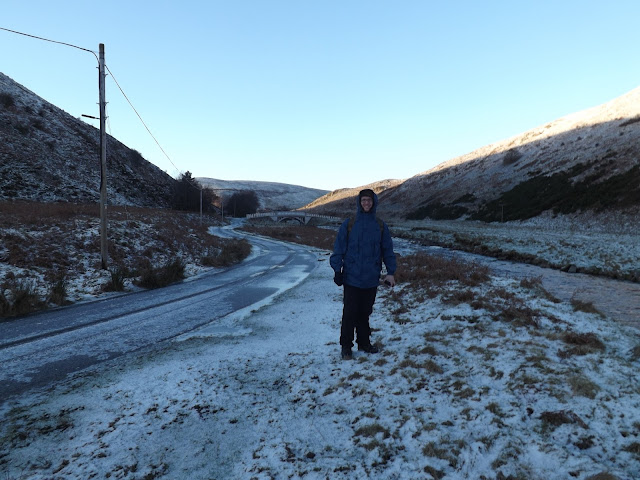 I had decided to walk the same route to Hedgehope Hill as I had on my previous walk.  I would then decide where we would go.  The Cheviot, or down and across to Shill Moor, I would see what the walking conditions were like and then decide. 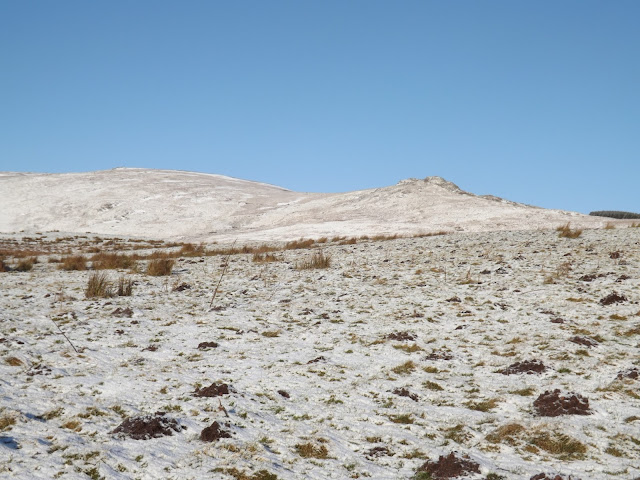 Off the road the ground, although covered in snow was good to walk on 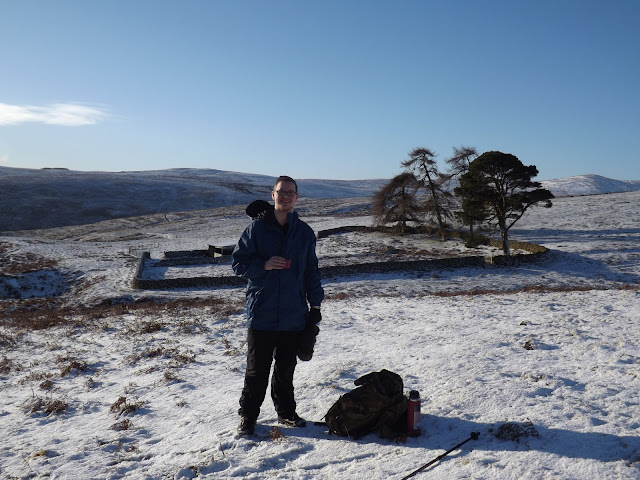 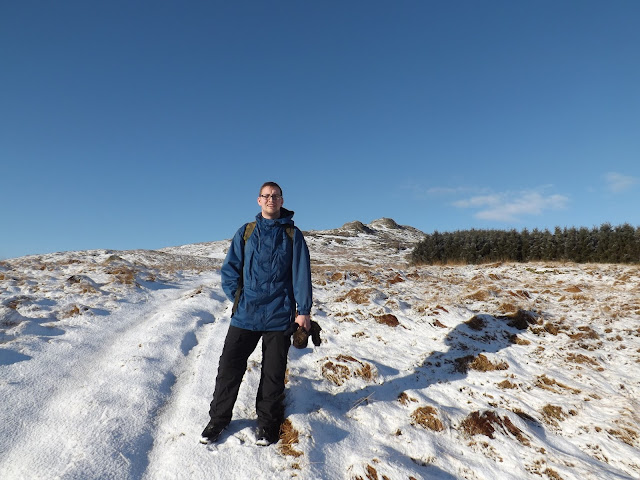 It was just below Cunyan Crags we met the driver of the car who had passed us at Busby Woods, he had a couple of labradors.  We continued up Dunmoor Hill 569m.

The views were stunning on this walk compared to my last walk here. 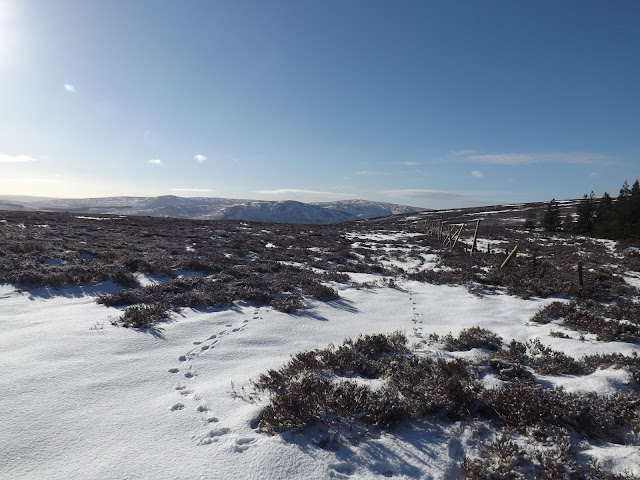 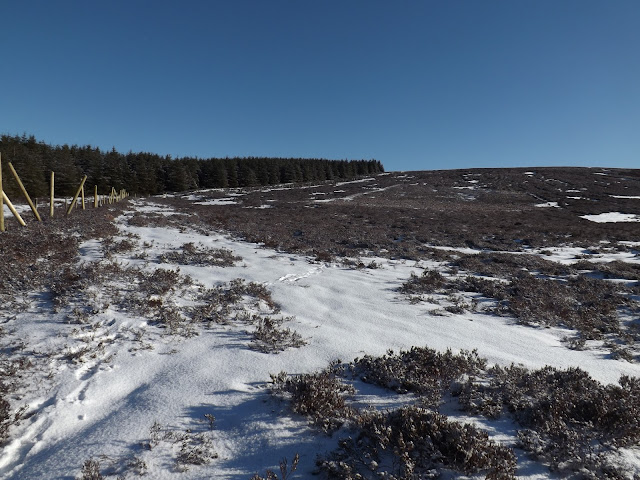 We had a short rest in the shelter of Threestoneburn Wood, at the top of Dunmoor Burn. In part the snow was solid and frozen and sometimes when taking a step we would crack the snow crust and sink through up to our knees, anyway onward and upward. 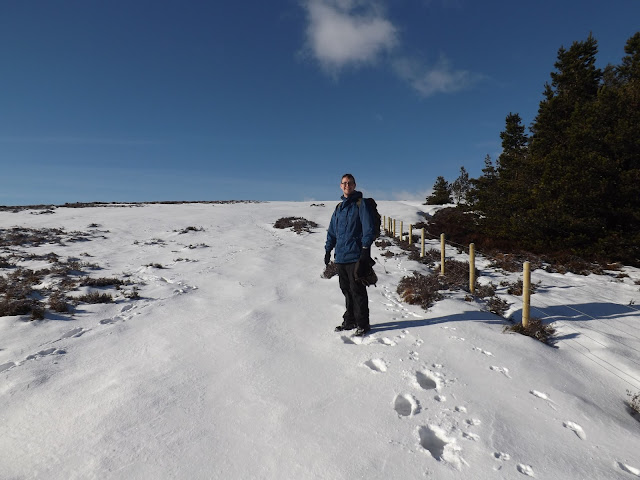 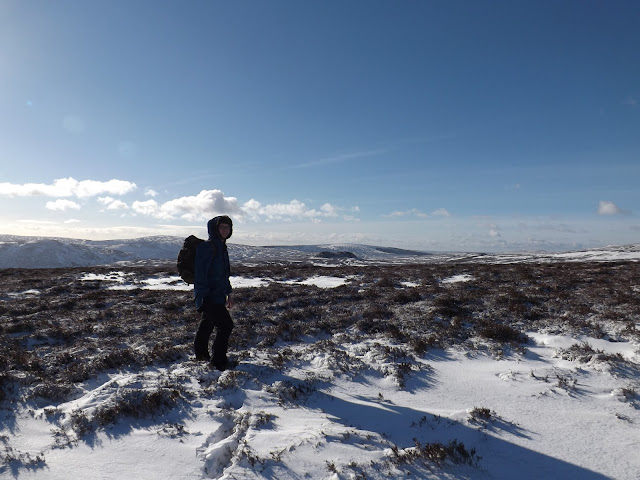 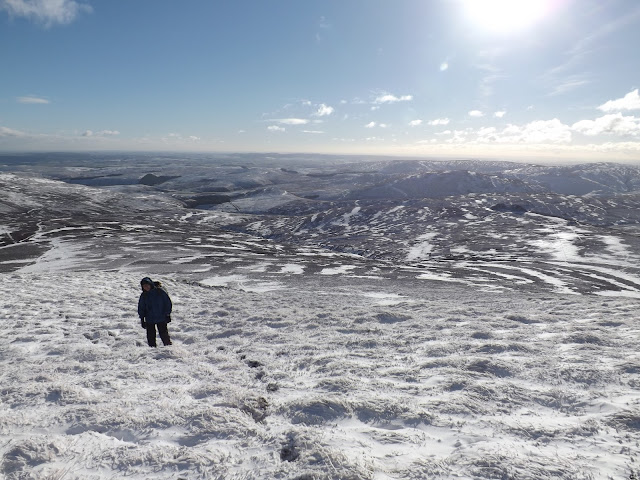 At Hedgehope Hill, the wind was very cold, we looked at the time, and so I decided that we would head back down towards Great Standrop 534m.  We turned South West following a fence line down hill then turned left and headed more South towards Great Standrop.  The snow was solid and firm underfoot as we walked down.  There were patches where it was soft and we could see loads of animal tracks.  Wished I knew what they were.

As we walked further South down hill, we moved out of the cold wind.  The sun was warm and had softened the snow.  We reached the track at the bottom and had another rest.  A number of years ago we used to walk along here, in particular at a time when the area was used to film the telly series Ivanhoe.  At that time there were tents beside the track.  Along the track they had built a false gate and wall to a castle.  There were boulders as big as my daughter and we took a photo of her lifting one.  It looked funny.  Anyway that was years ago and as expected today that had all gone, apart from the track, stream and hills. 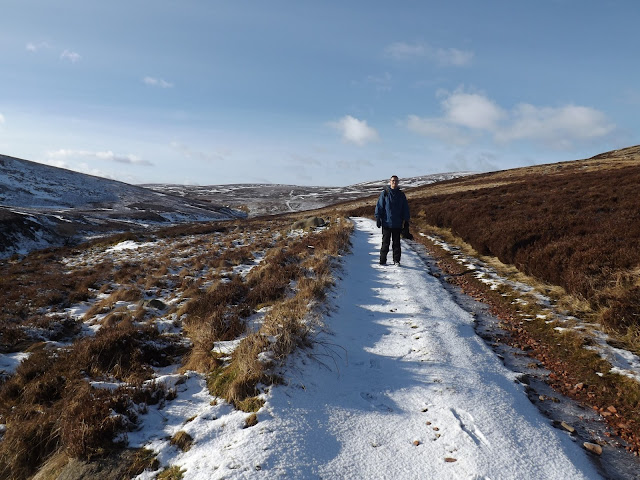 On the track we turned left and travelled West towards Linhope. 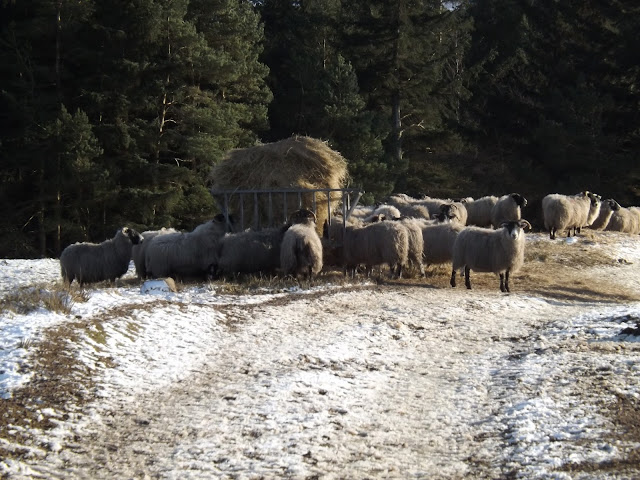 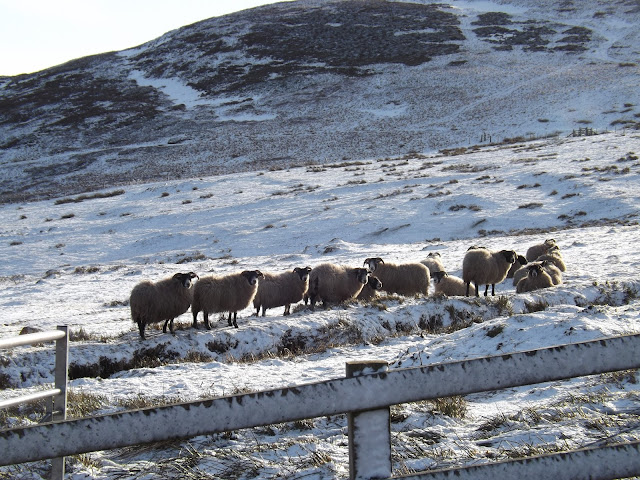 We then just walked along the road back to Busby Wood.  In places where the sun had not reached the road was still very icy.  I was so glad that I had left the car where I had. 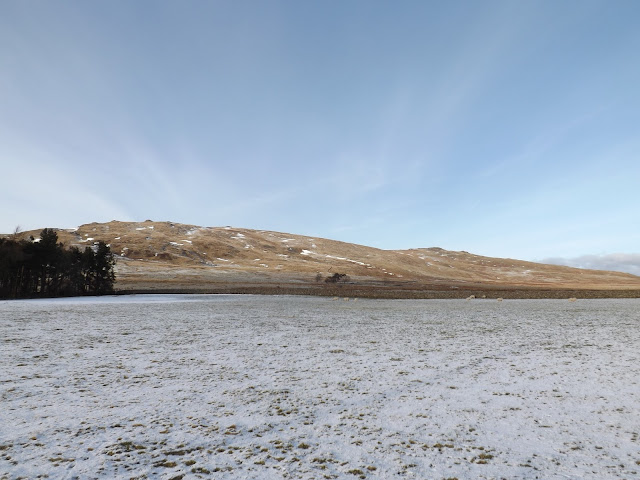 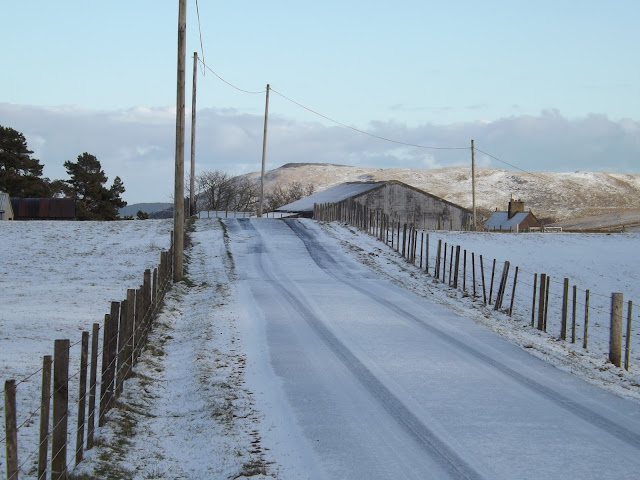 We had covered approx 17 km, with approx 660m climb, it was good to get out and walk.  The views could not have been better and I think Anthony had enjoyed the day.