Following a great breakfast, today as we left the Pension Milka and passed Zlatorog the mythical mountain goat we saw a group of people who were doing some filming, and had security guards.  Maggie at the hotel told us later they were making an advert for a Ford car.  Frank told us they had made a number of films, adverts and videos around the lake, sometimes saying it is other places, Canada for one and other mountain areas.  Apparently a few years ago they were filming elephants near the lake as part of a film on Hannibal crossing the Alps. 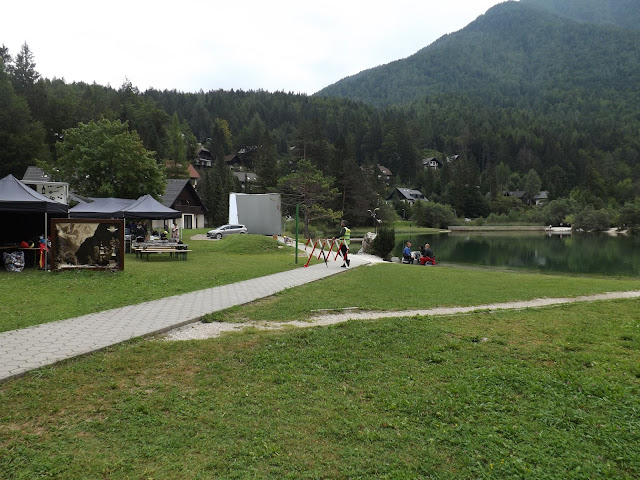 We walked into town and stopped at the Tourist Information before walking west to the edge of town. On our way we passed the old railway station that is now a nursery school. 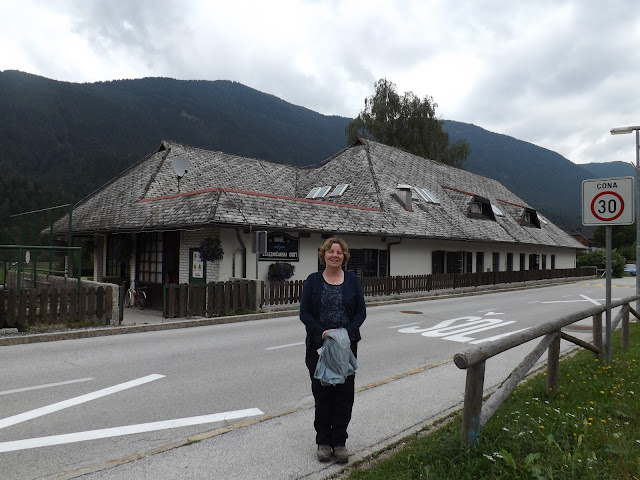 Continuing west we passed the chair lift stations and toboggan slide onto route 12. Route 12 was the old railway line that has been closed and the line turned into a cycle and walking route.  From Kranjska Gora it is a gentle climb, passed Podkoren and Ratece. This was part of the Slovene alpine transversal (Alpe Adria Trail). The views are stunning. 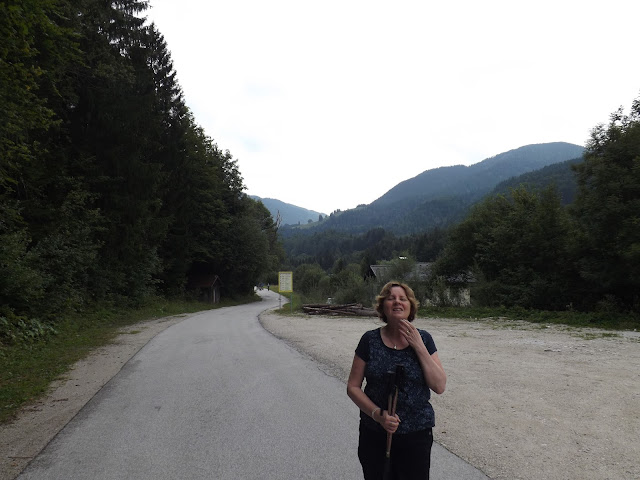 At Zelenci we moved off the path for a while to try and find the nature reserve, unfortunately we could not but saw one of the local black squirrels. We saw Zelenci on another trip and it was beautiful. 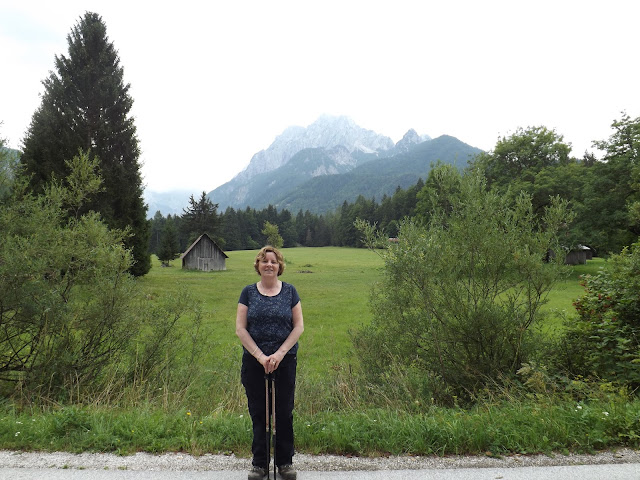 The path is smooth and was full of cyclists, at the Slovenian / Italian boarder the track reaches its top and starts to head down hill gently. 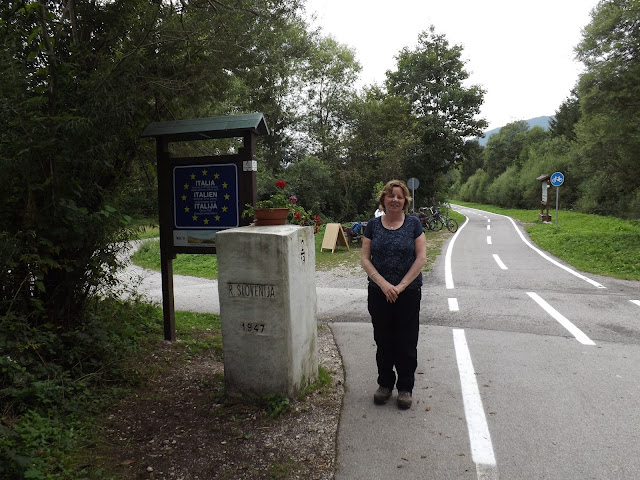 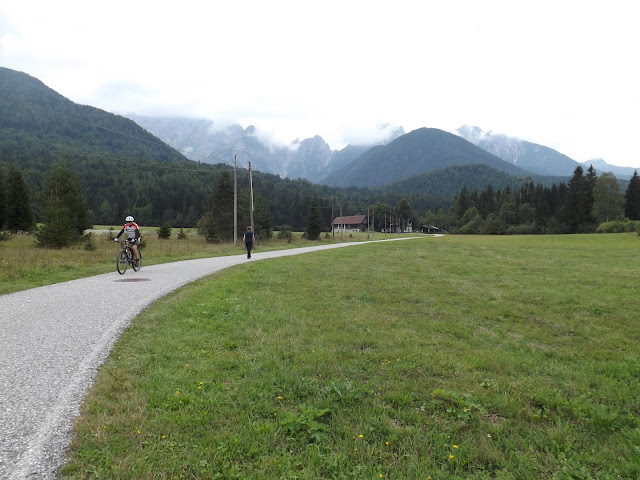 Approx 2 km along the track we turned left following a sign for the lake. As we moved off the disused train line the path started to climb south then west. 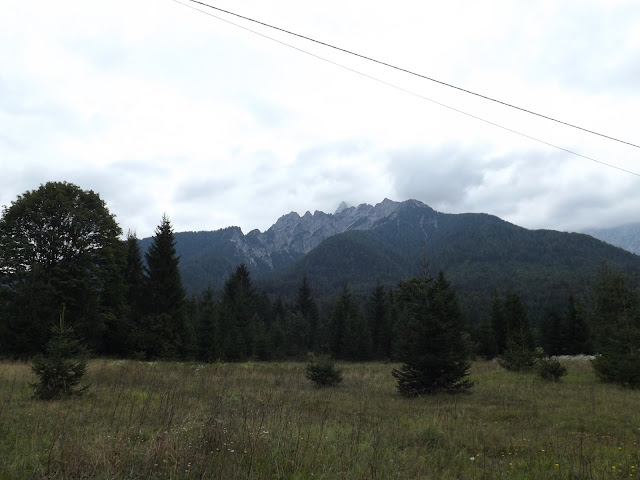 After moving through small woods and houses it brought us to a main road. Crossing the road we were on a gravel path that took us by a small stream, this was shaded by trees and quite a steep climb. 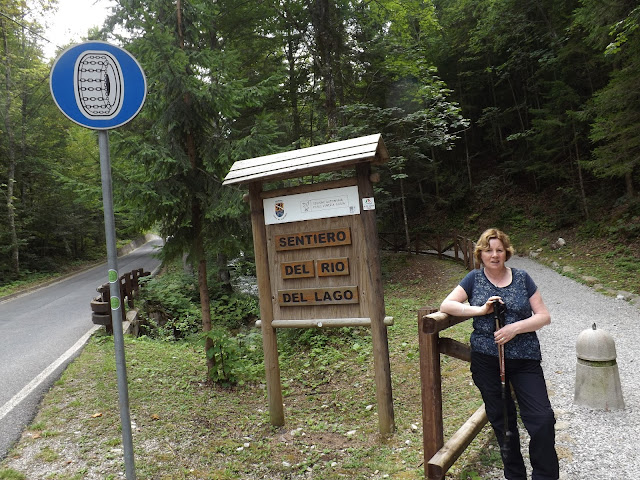 As the ground levelled we came out to see the stunning views of the lake. 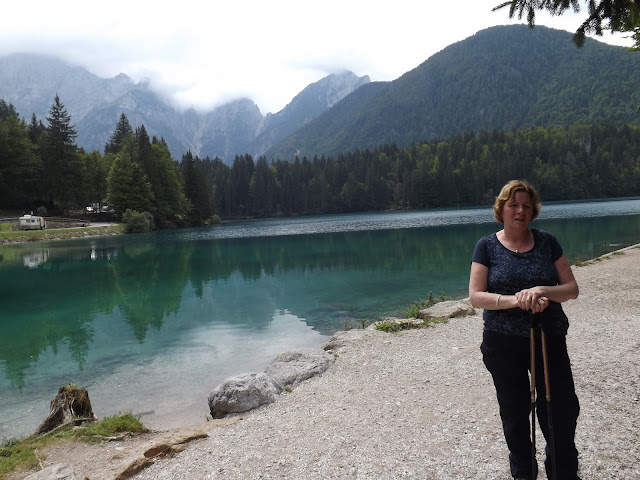 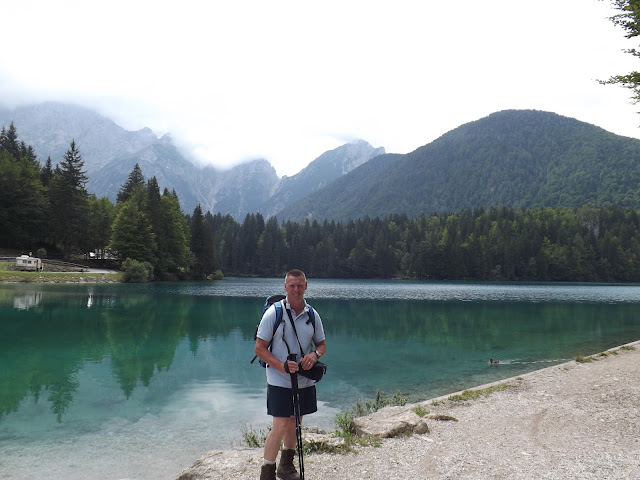 At the lake being in Italy there is a rifugio, a mountain hut, so after a rest for cake and a beer we returned to Kranjska Gora and then to the Pension Milka by the same route for an excellent evening meal.