Just like the day before we all lined up, for day 2 of the Scottish Garelochhead 2 Day march.  At the signal we marched out the camp gates again to a salute.  It was the same route as last year on the second day.  Out of the camp gates, cross over on to the main road, turn left and head up the hill, the police motor cyclists were there as they were the day before.  We marched up the hill passed the roundabout and down the bank to the next roundabout.  The route continued straight over the roundabout and headed West, which soon turned South.  Again the route was a little up and down before starting to go up properly.

Unlike last year, when it was a bright and clear, with good visibility, well for most of the day.  Today there was a lazy mist that just hung around nearly all day, which reduced visibility making the view poor, so I did not take many photos. 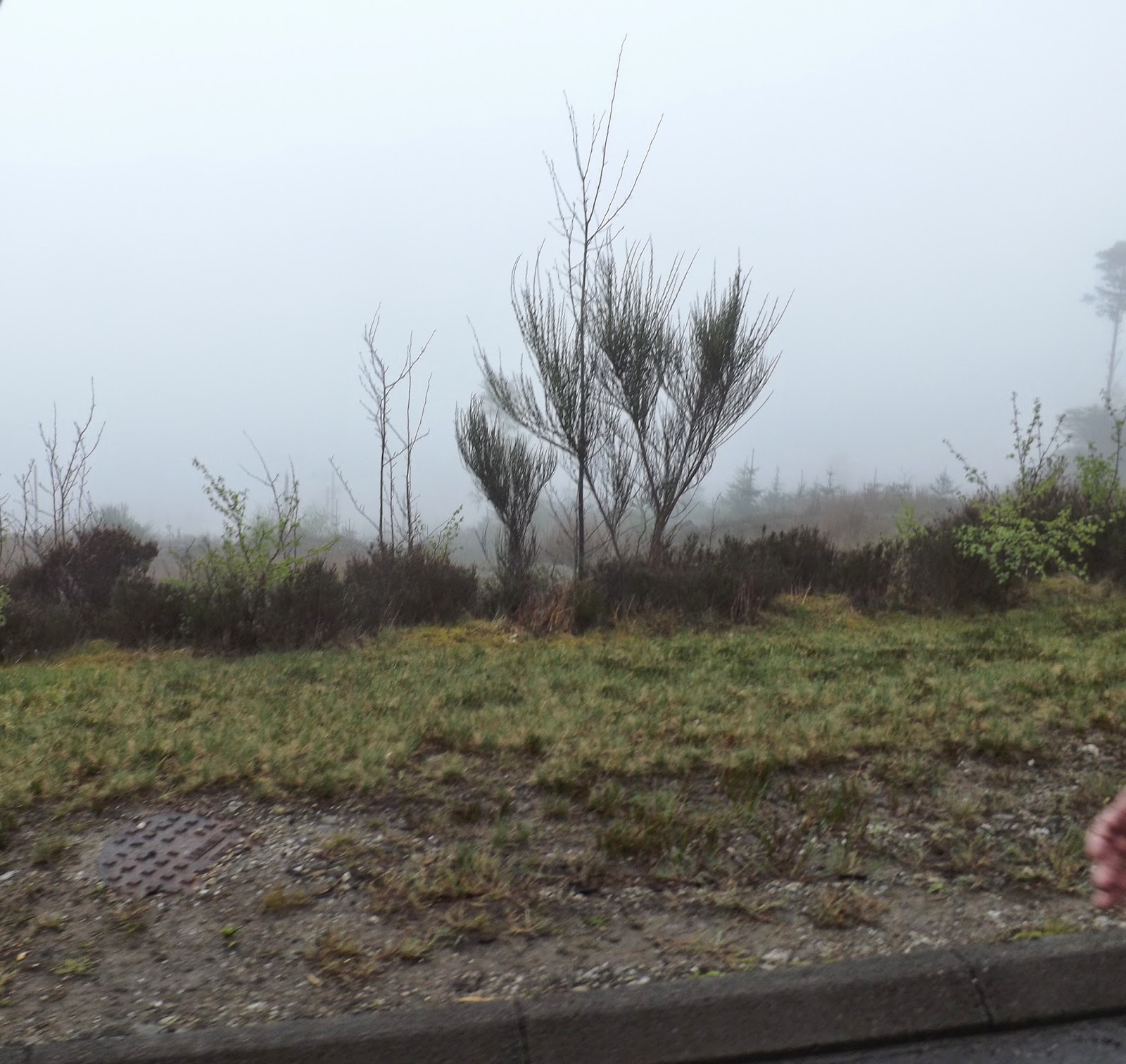 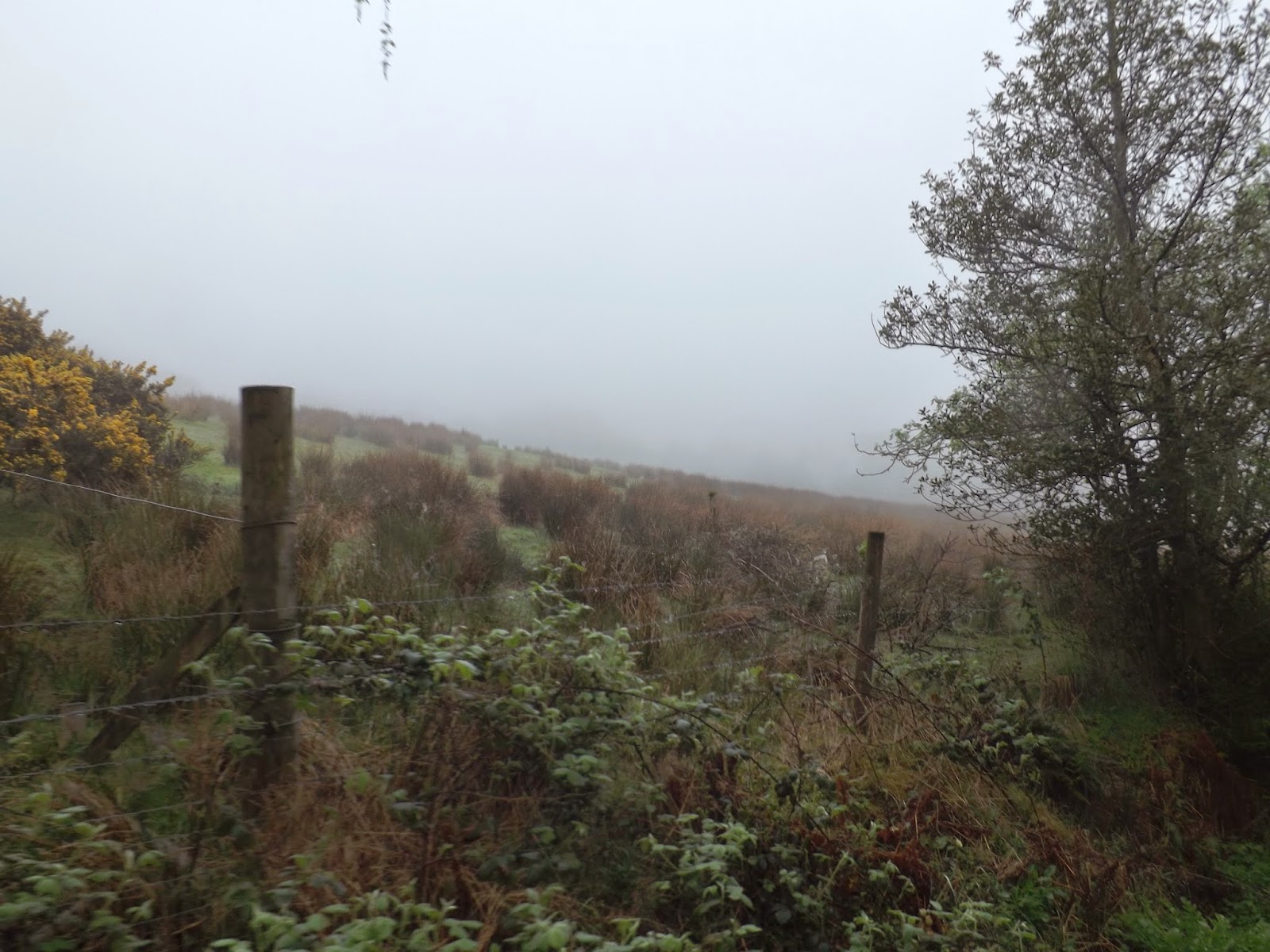 We kept a steady pace going so it did not take us long to get to the first rest stop.  The stop area was up a narrow side road, just right off the main road.  Again we took advantage of the stop to do some admin before we formed up and marched off.

Marching straight across the junction we had a small climb before we followed the route markers that took us right.  Then very soon the road started to drop down hill very quickly, this was what was called bastard hill.  Near the bottom of the hill we turned left and walked along the top track towards Cove.

Approx 4km later and we arrived at Cove for lunch.  Lunch was in a large hall, very civilised sitting on a proper chair and eating at a table. 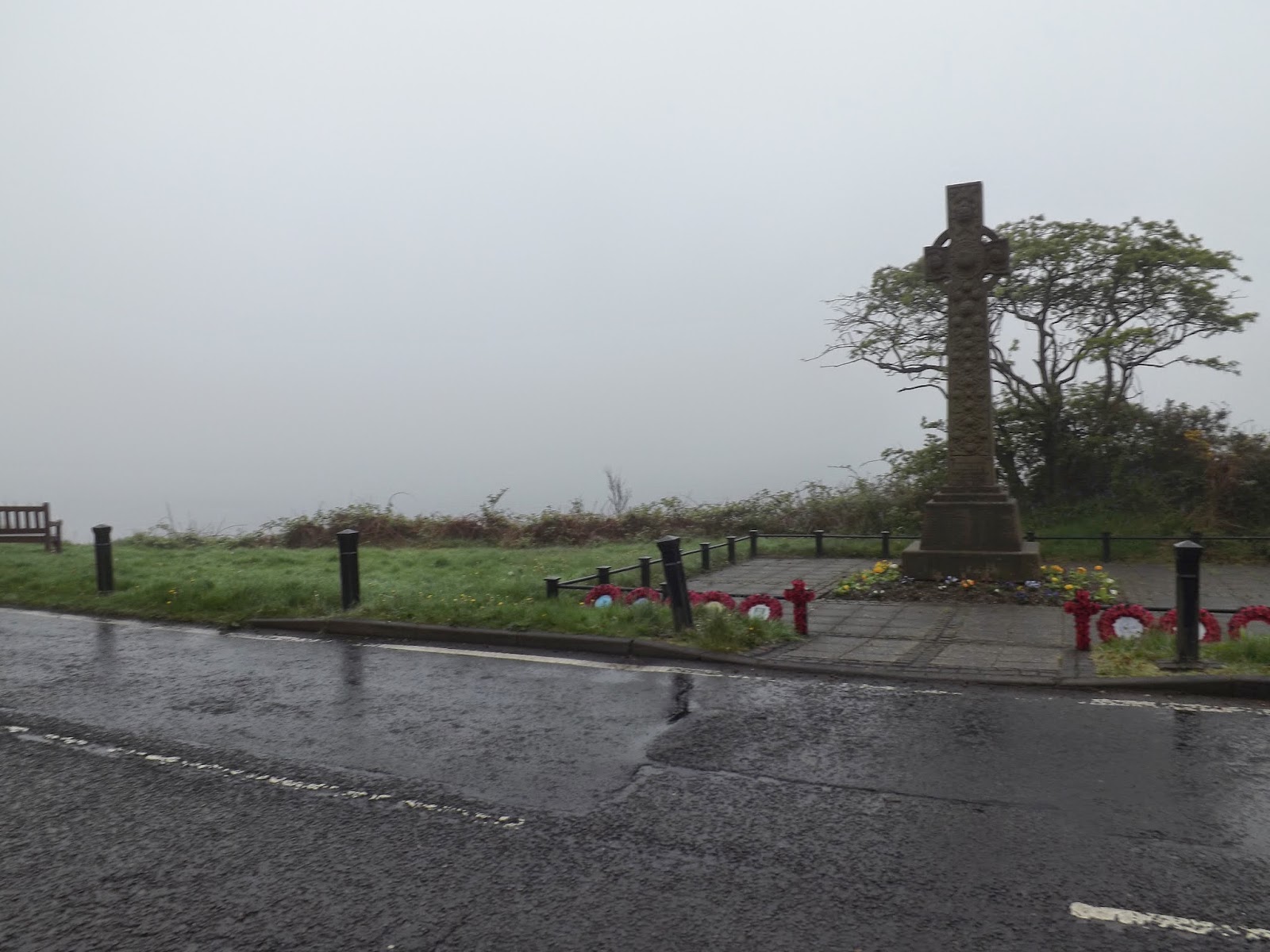 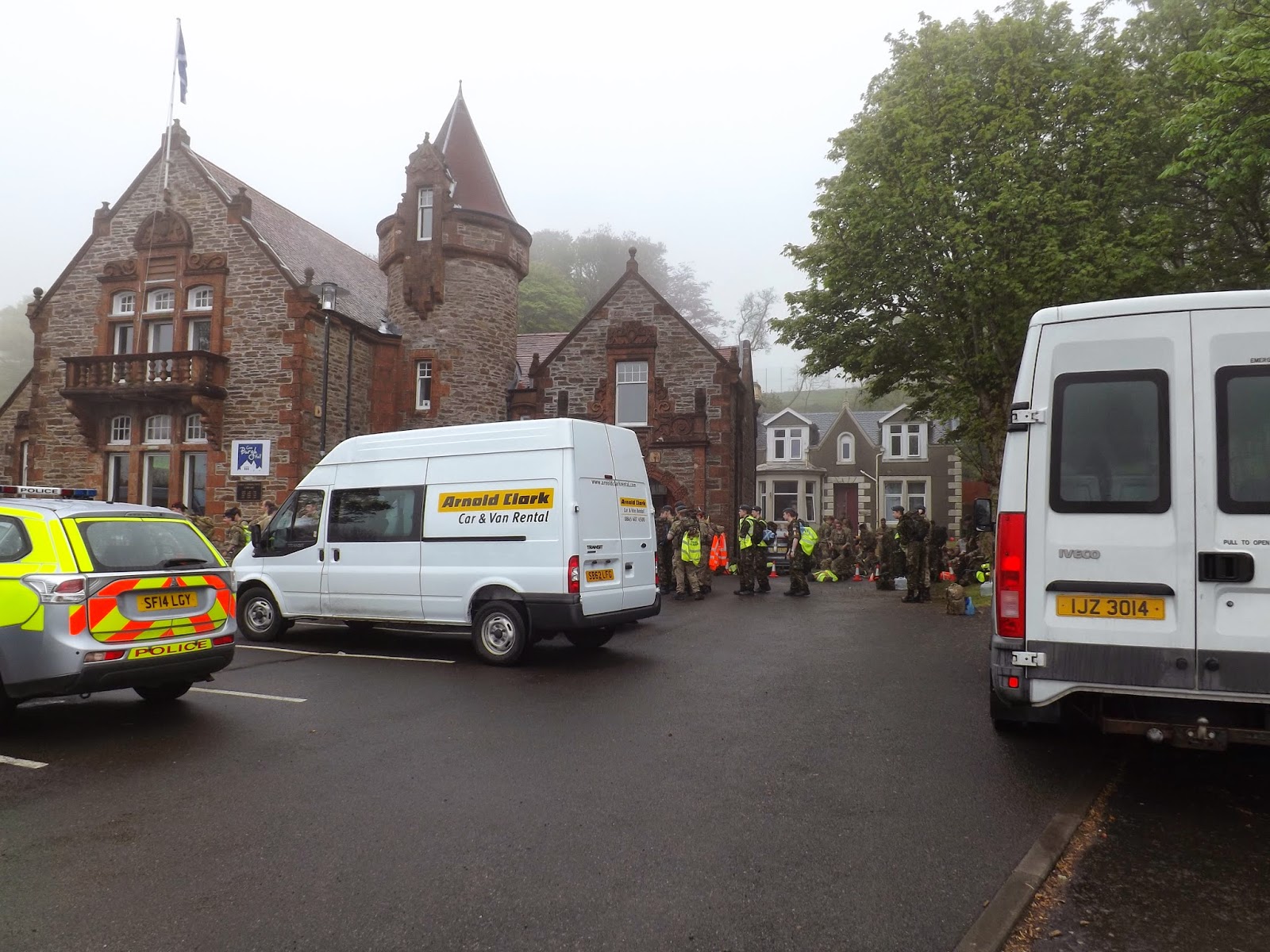 When we left Cove we marched in a Northerly direction by the loch side, occasionally there were little glimpses of the far side of the loch as the mist lifted slightly, but not for long. 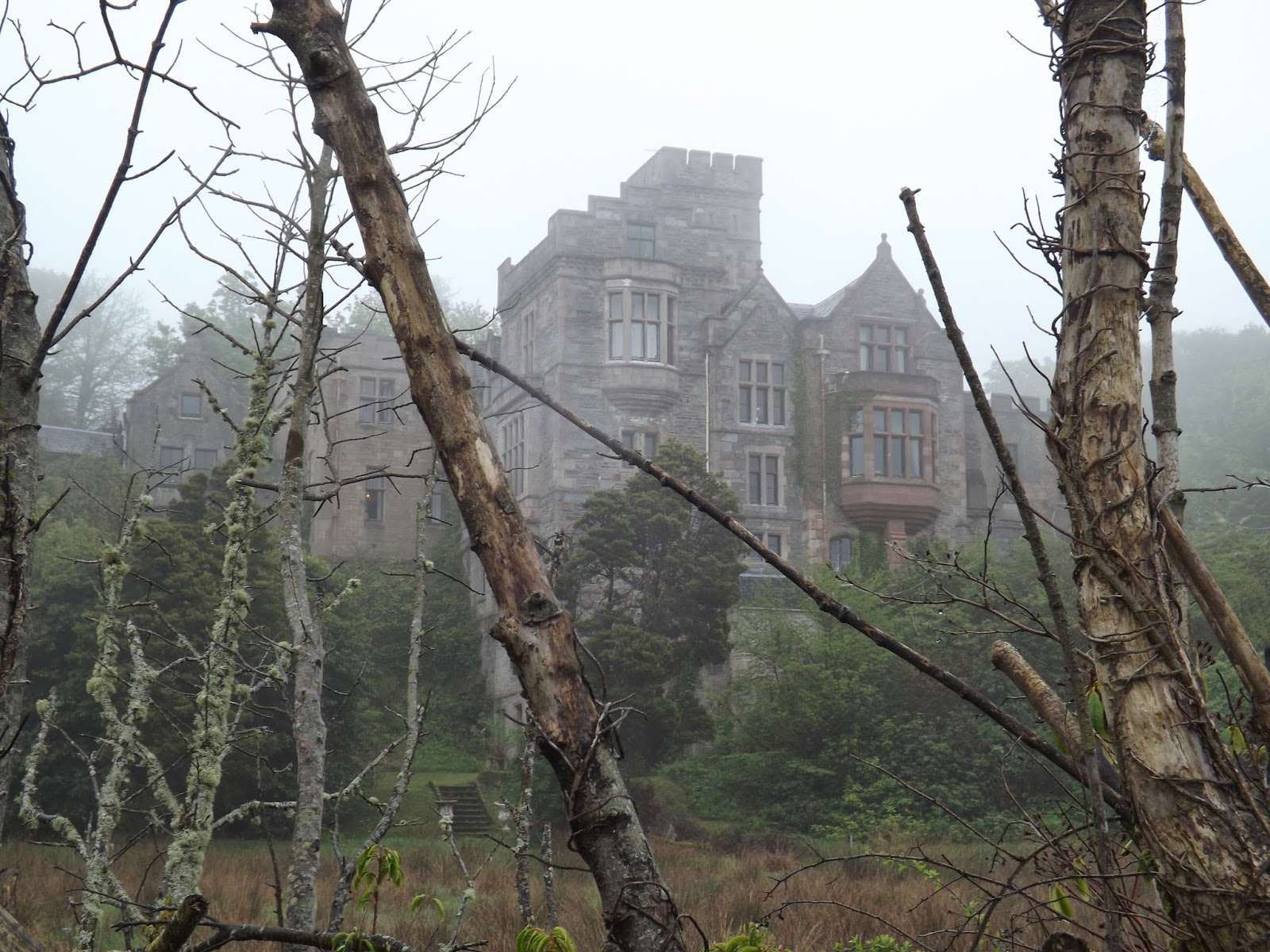 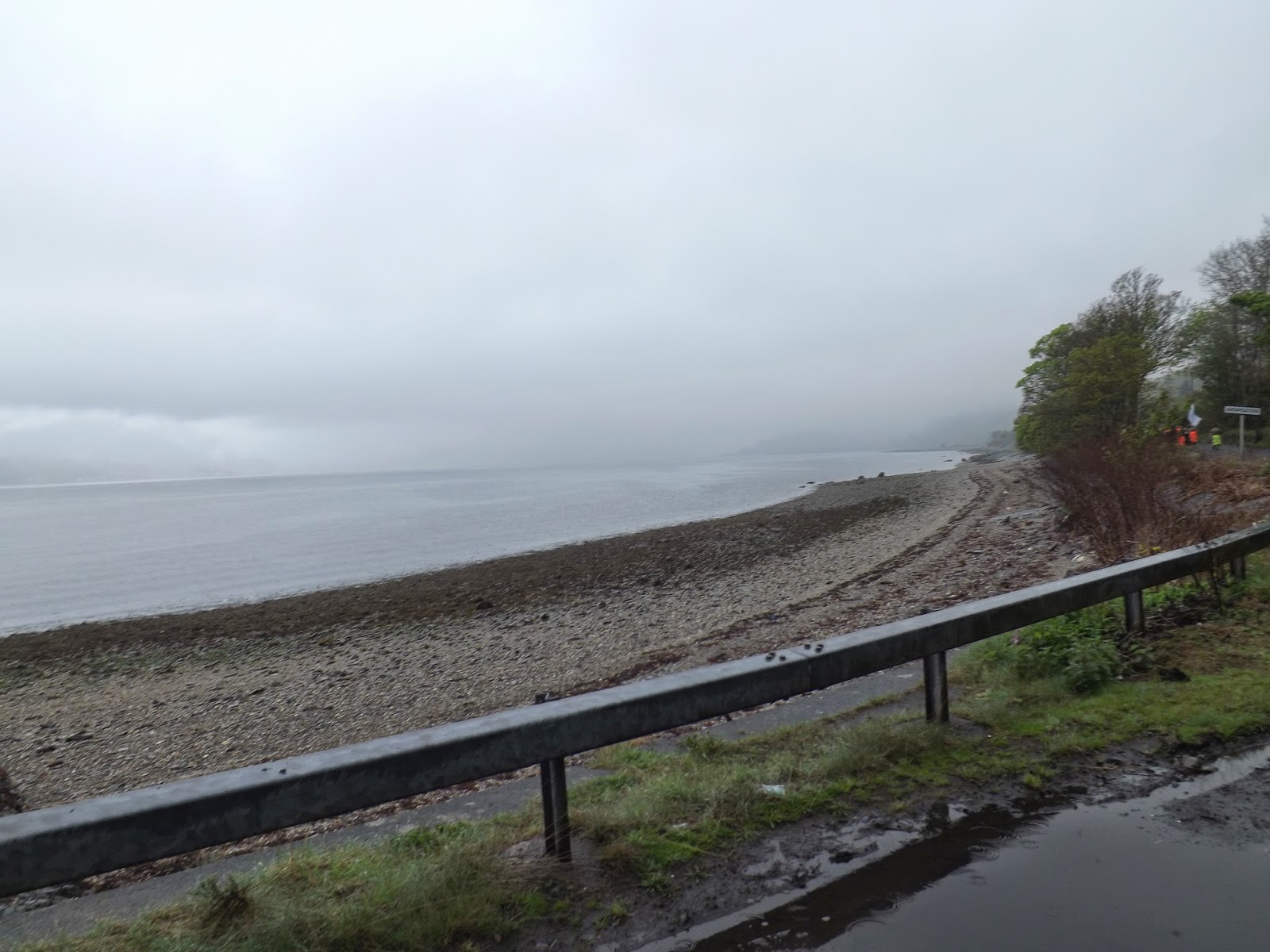 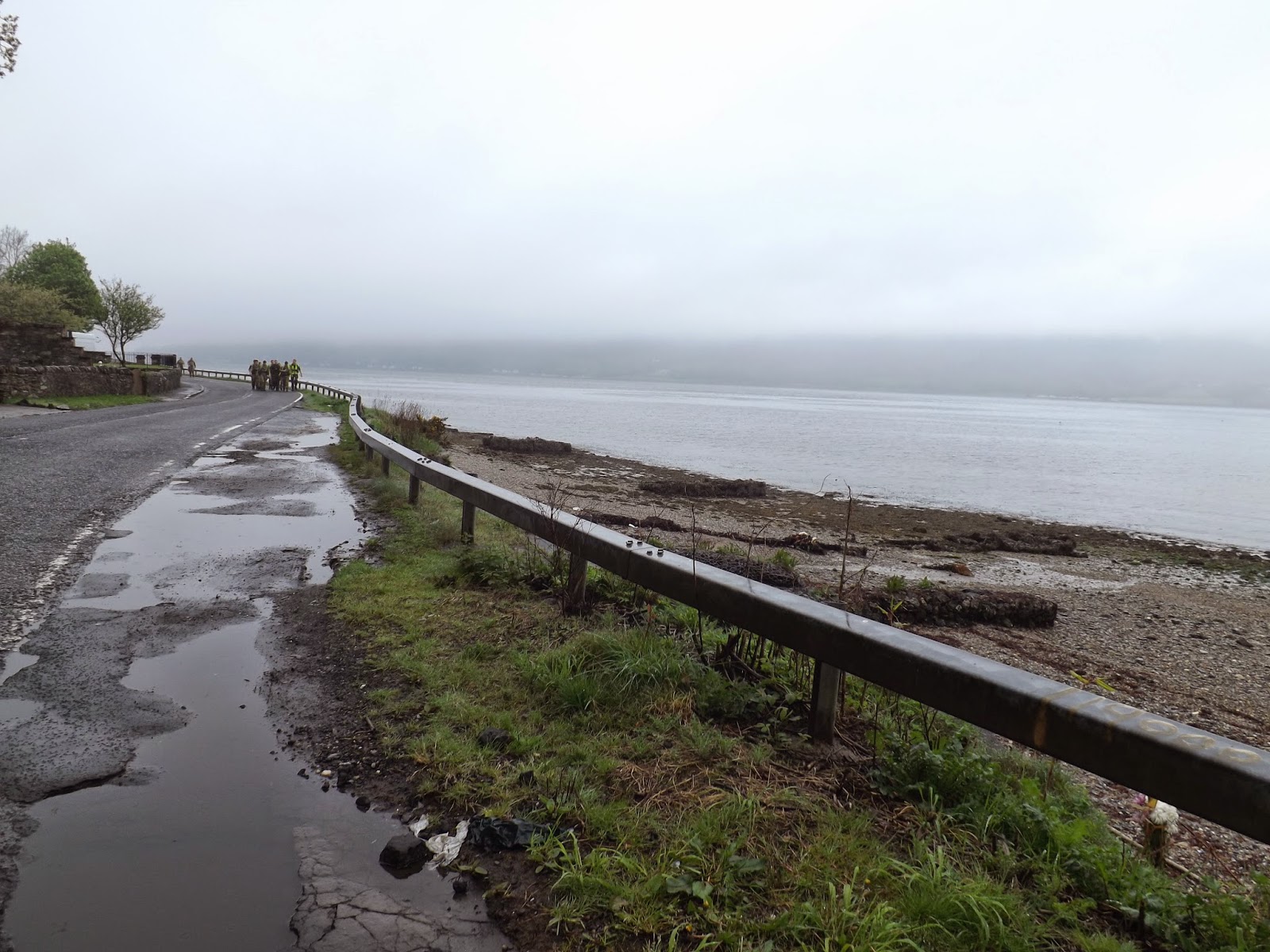 Another 4km North then we turned right and started up the Bastard Hill, up, up and up up again we marched.  2km later we were still climbing up the Bastard Hill but very close to the third rest stop, which was the same as the first due to the route. 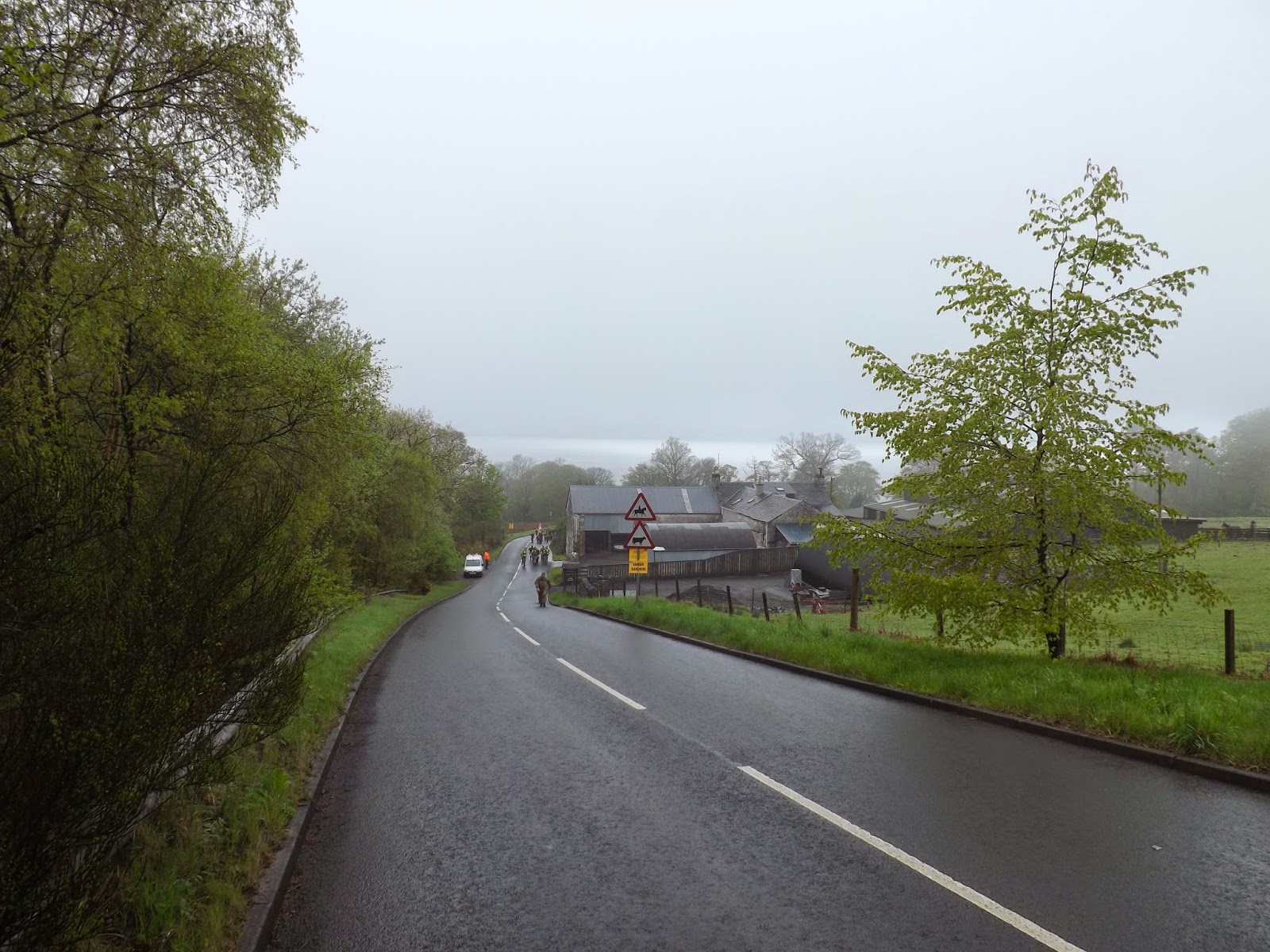 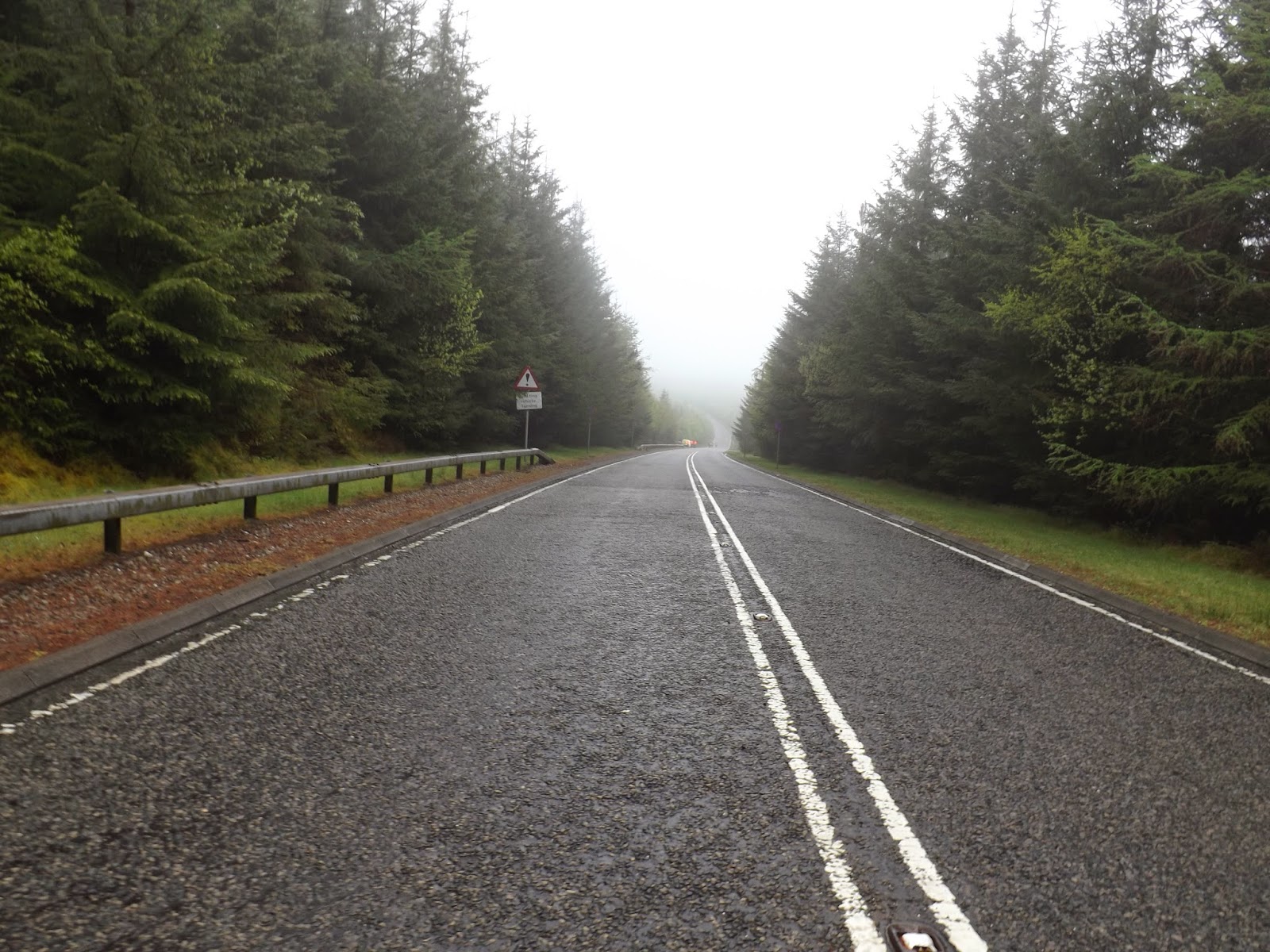 Everyone we saw at the rest stop was in high spirits the Bastard Hill had been conquered, next stop the finish.

When we set off again we took a steady pace on the up and mostly down, it did not take us long to reach the roundabout at the bottom of the hill. 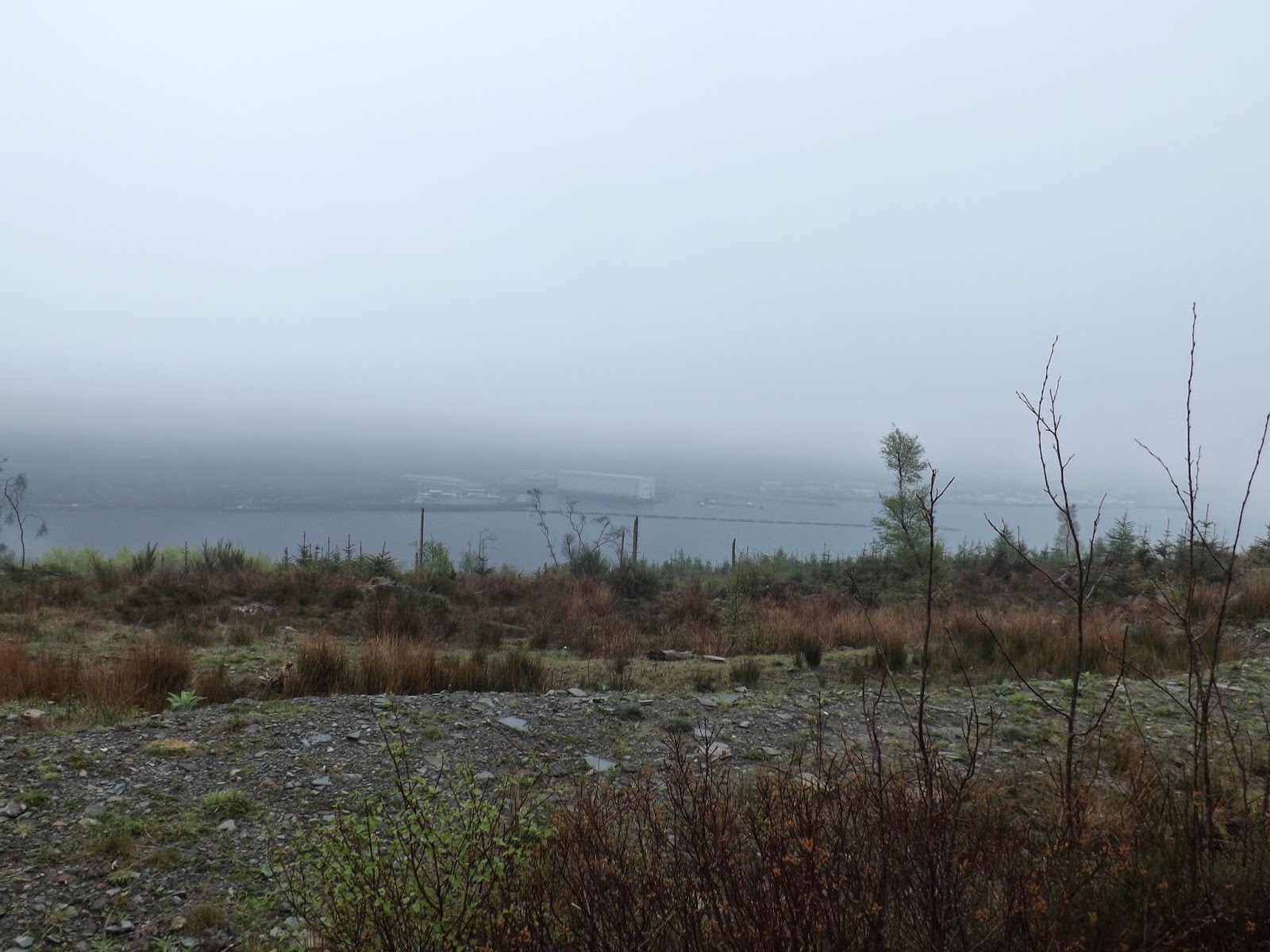 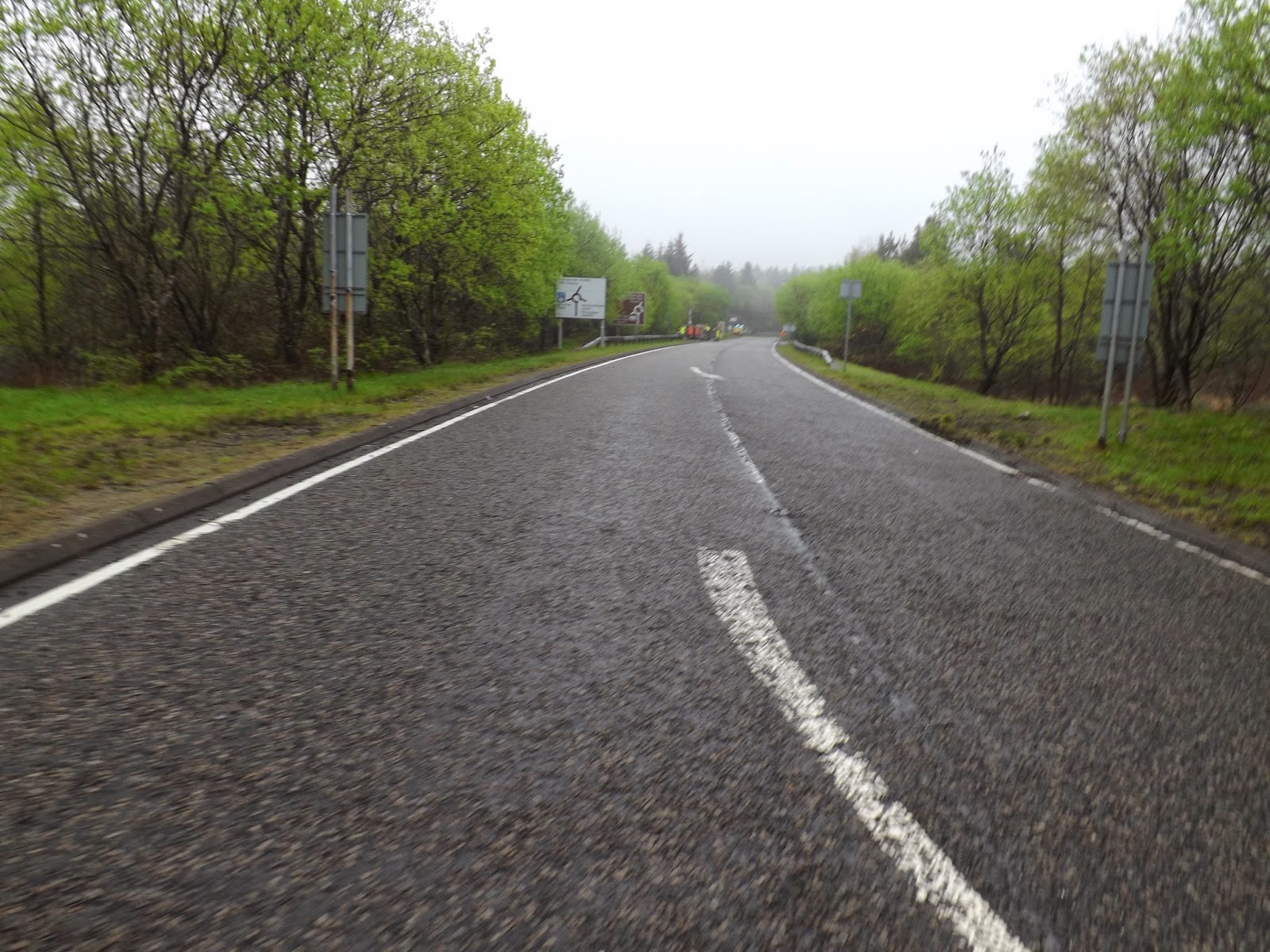 Just a short climb and we were less than a km from camp, down hill, then right turn and a short rise up to the camp gates. Where we were met by cheering and clapping from other groups who were still near the entrance.  On day 2 we had covered 22 miles, 33.5km, another good day walking.

The weather was nice and clear when we started.  There was no band to play us out this year which was a little disappointing.  As last years some groups were singing and some had there own flutes and drums all marching along happily enjoying the time.

The route was the same as last year.  From the camp gates we crossed onto the main road and turned left and marched up the hill, travelling in a North/North Westerly direction.  Just under a km from the start the route took us past a roundabout and we started down hill slightly.  Police on motorbikes kept the roads clear and directed traffic around the groups.

A further 2km on we arrived at another roundabout and took the right turn.  Walking in a more Northerly direction.

The route now still heading North took us down hill towards Loch Long. 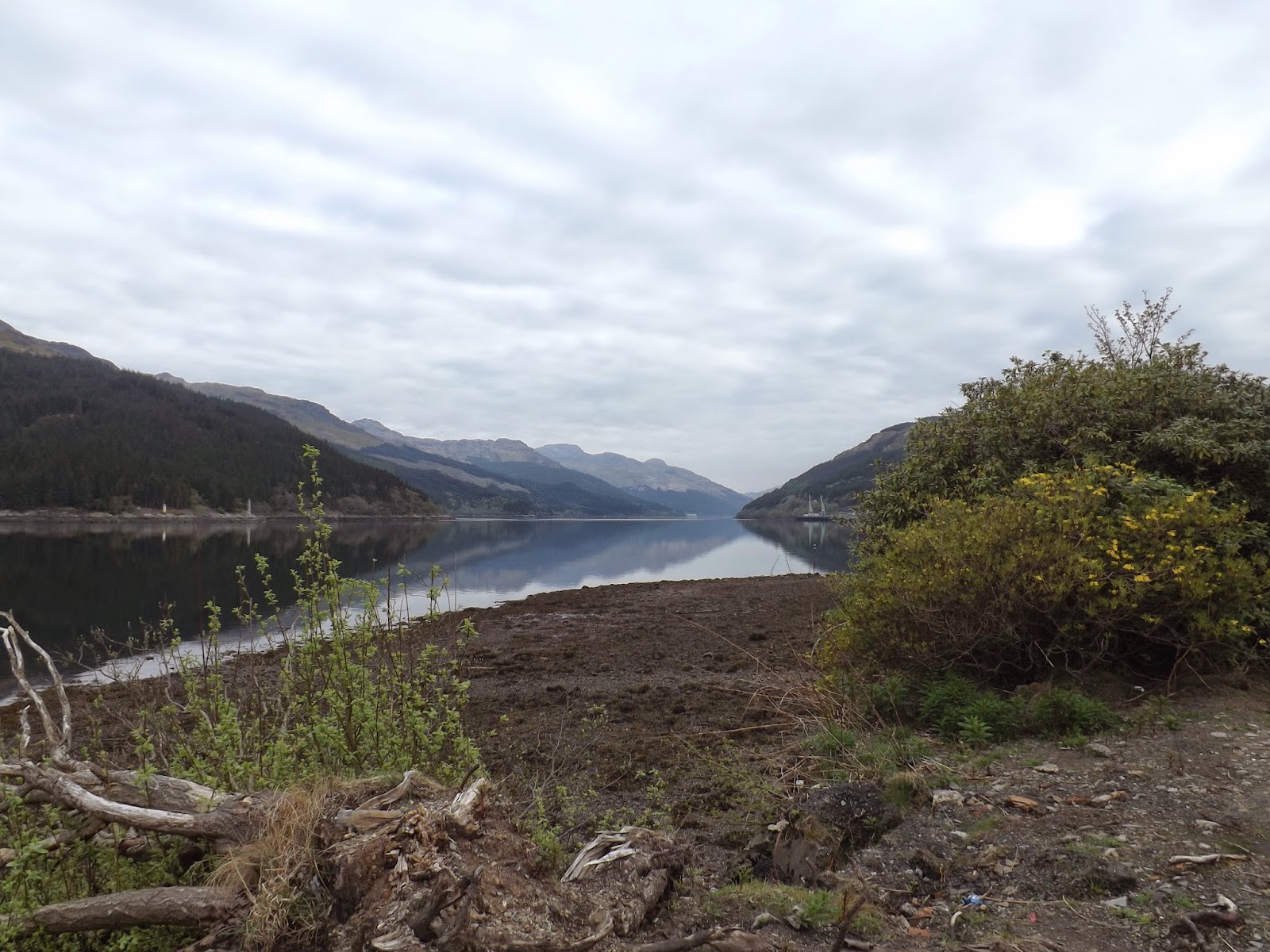 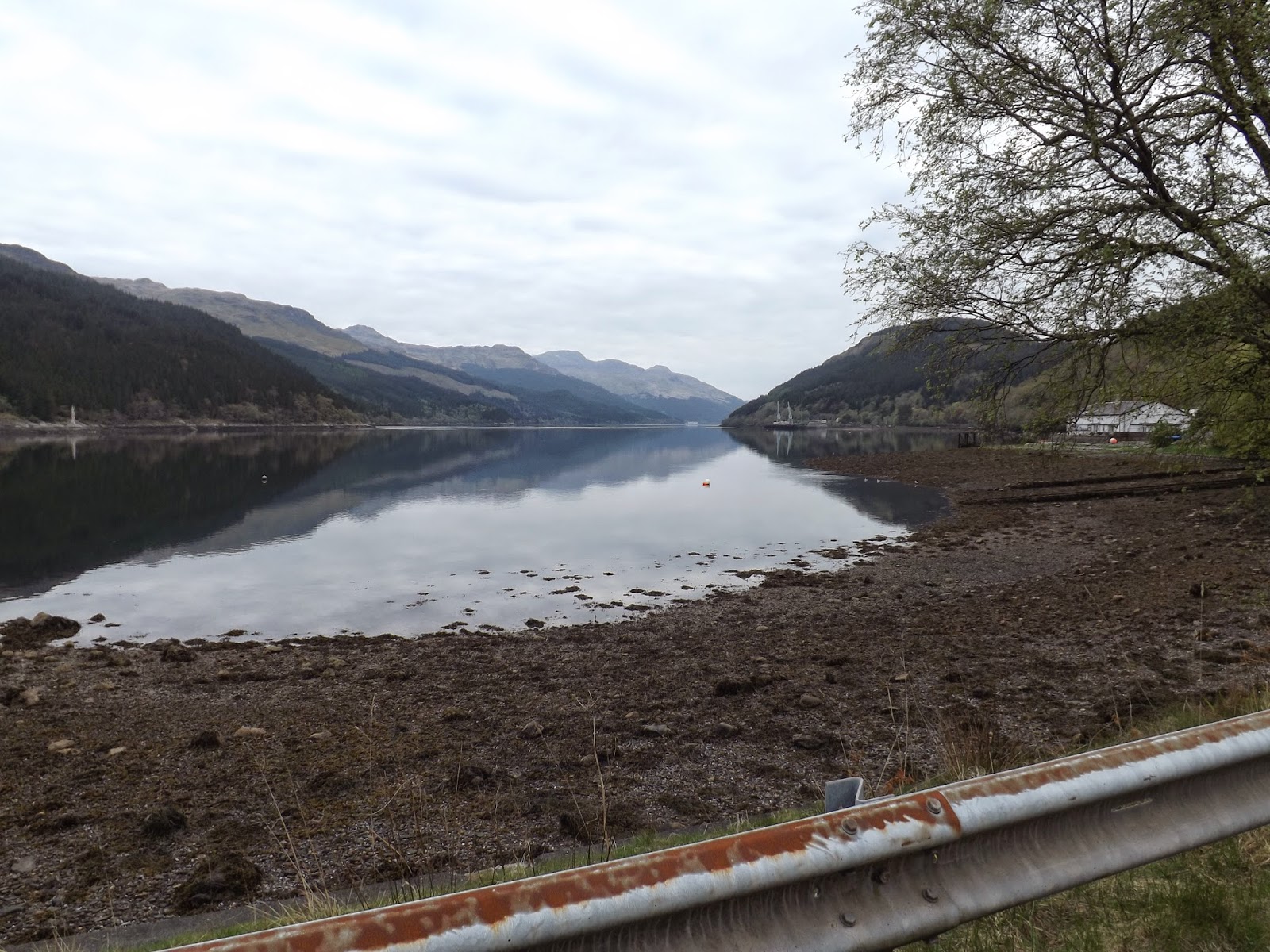 We followed along the edge of Loch Long for approx the next 5.5km, before the route turned right and we started walking up hill.  A very steep hill. 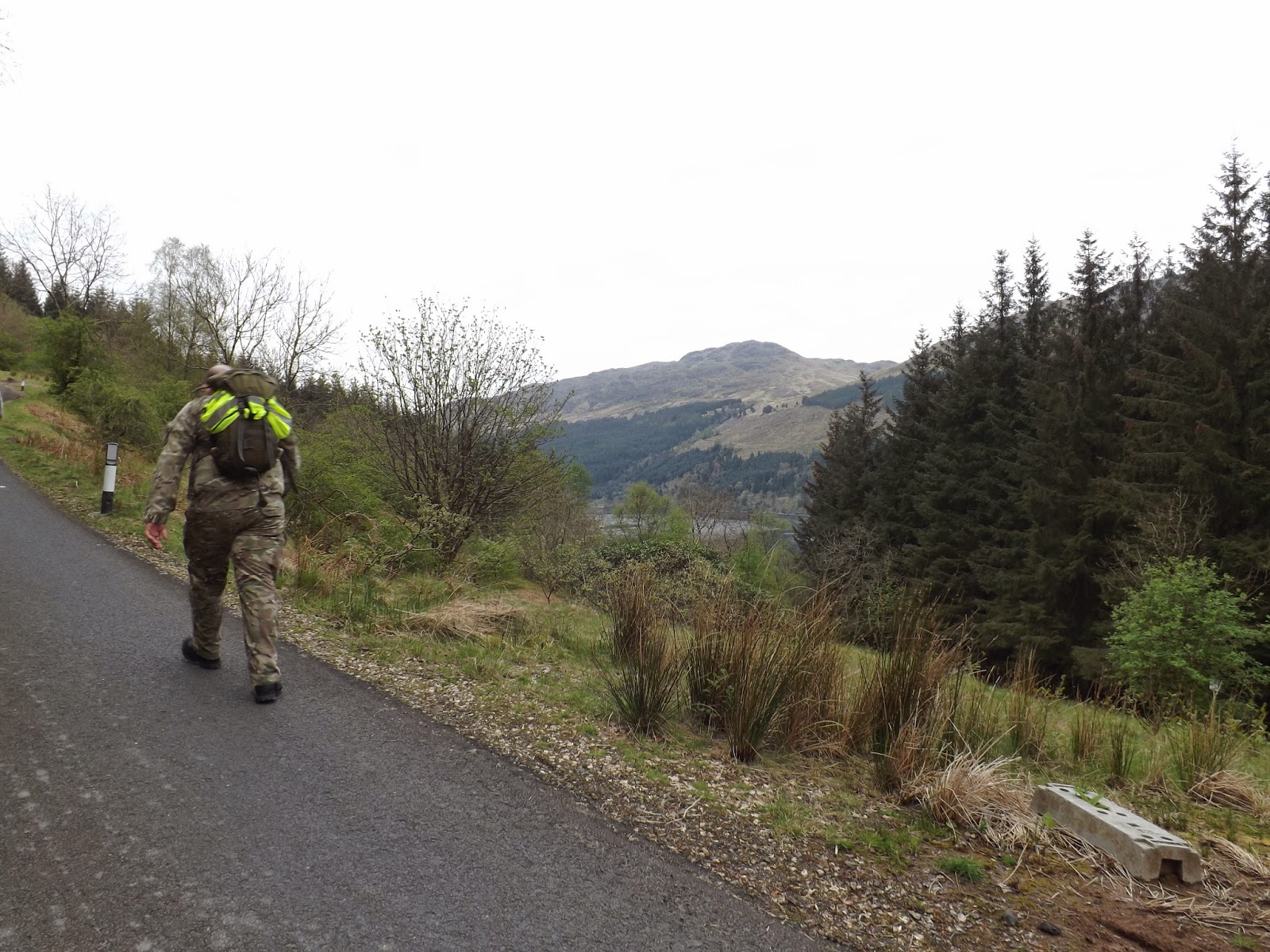 At the top we reached the first rest stop, after a short rest to rub feet and take on water we formed up and marching off to the sound of a few cheers and hand clapping.  We were now heading in an Easterly direction along Glen Douglas.  The route was fairly flat with a little bit of up and down. 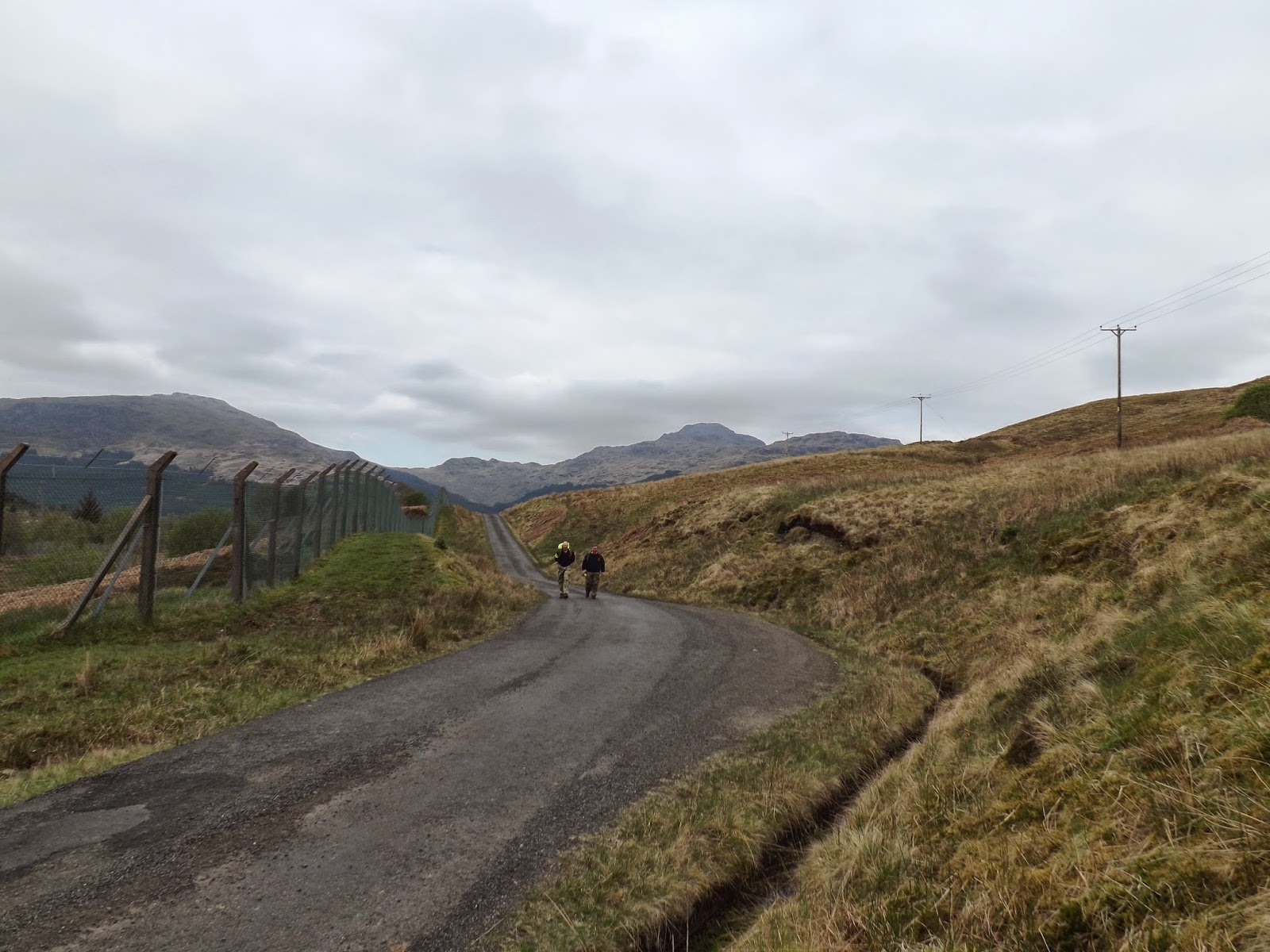 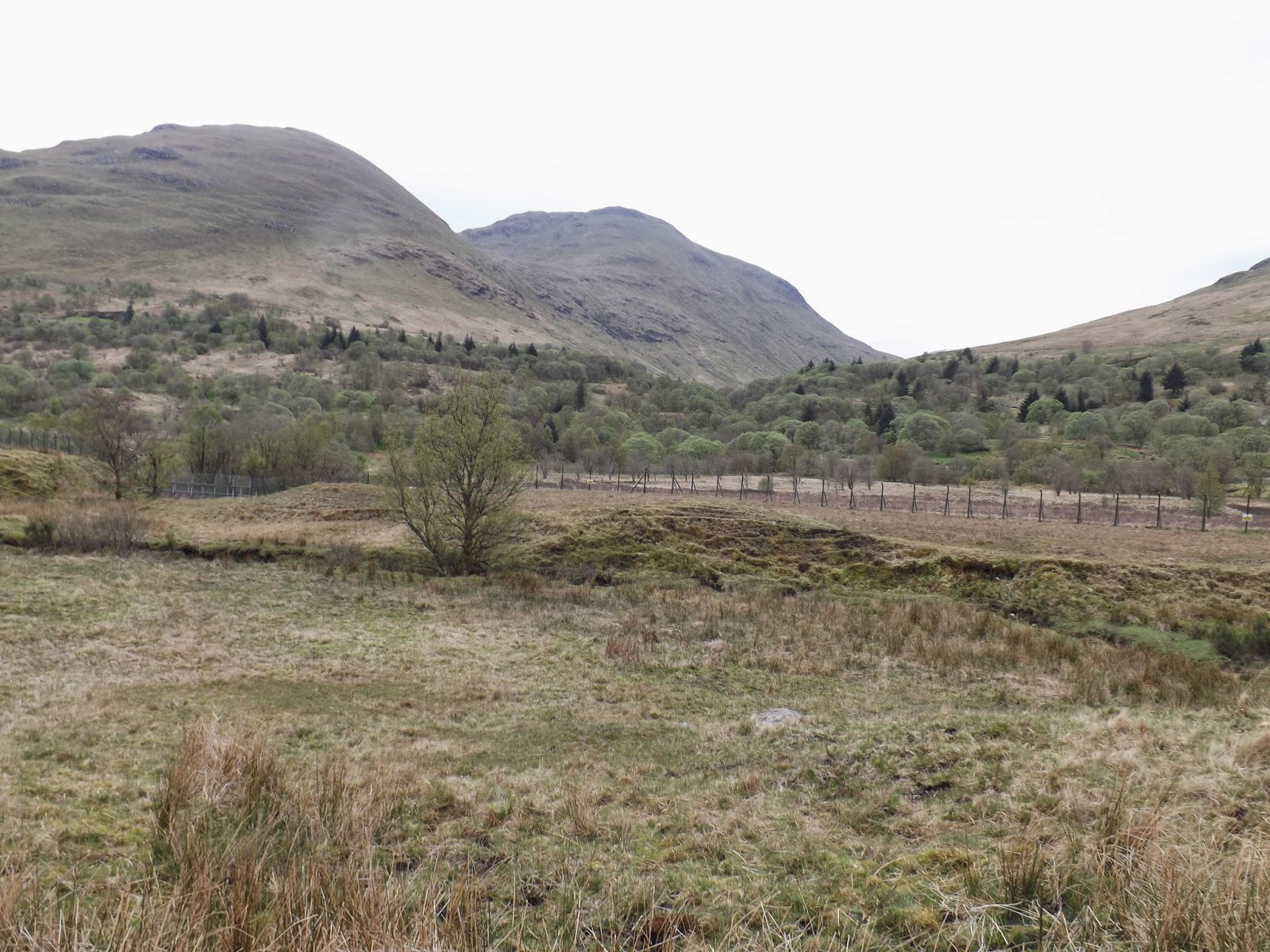 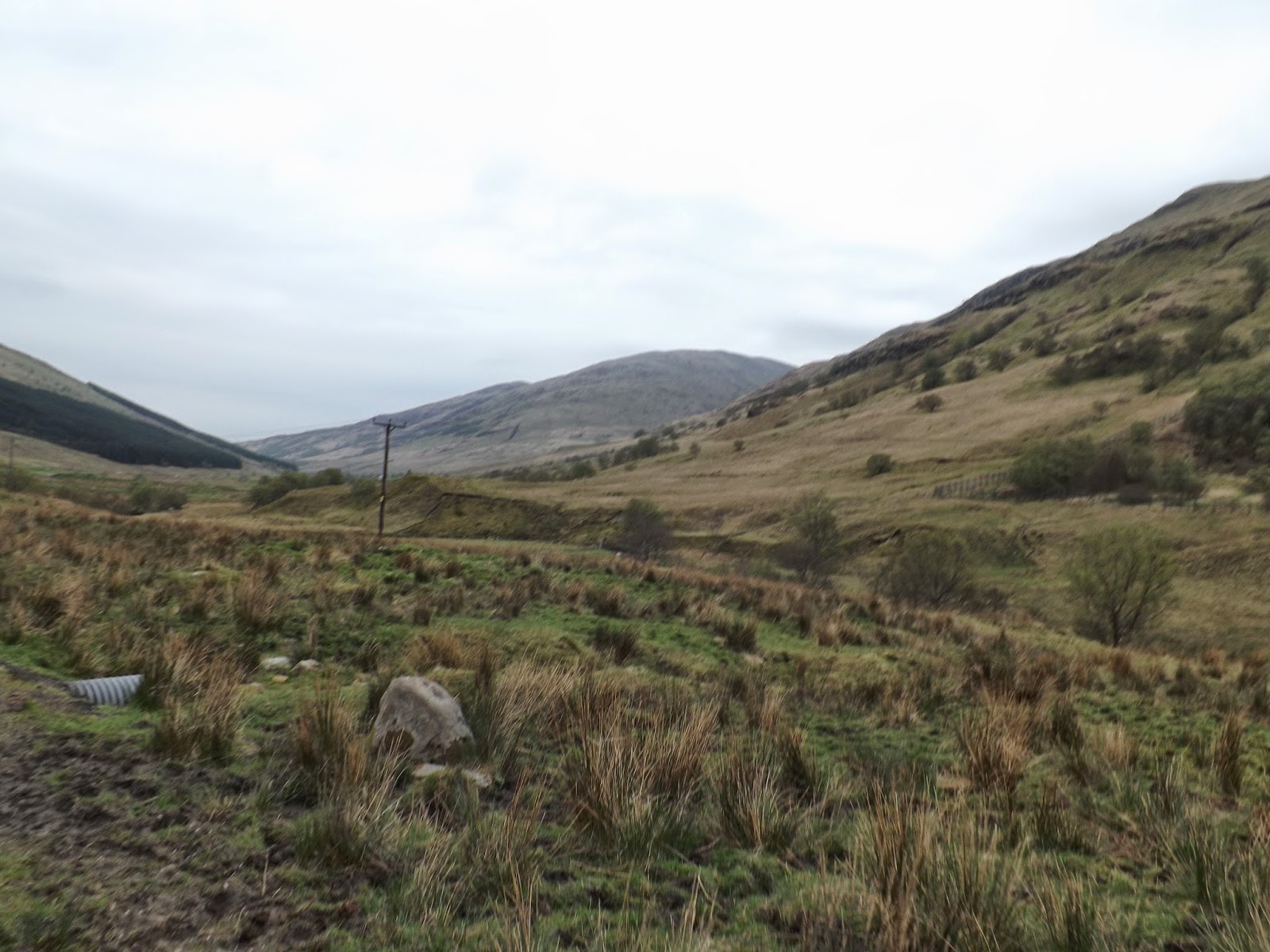 Approx 7km from the rest stop we started walking down hill and caught our first glimpses of Loch Lomond.  There was still snow on Ben Lomond and you could see it below the cloud. 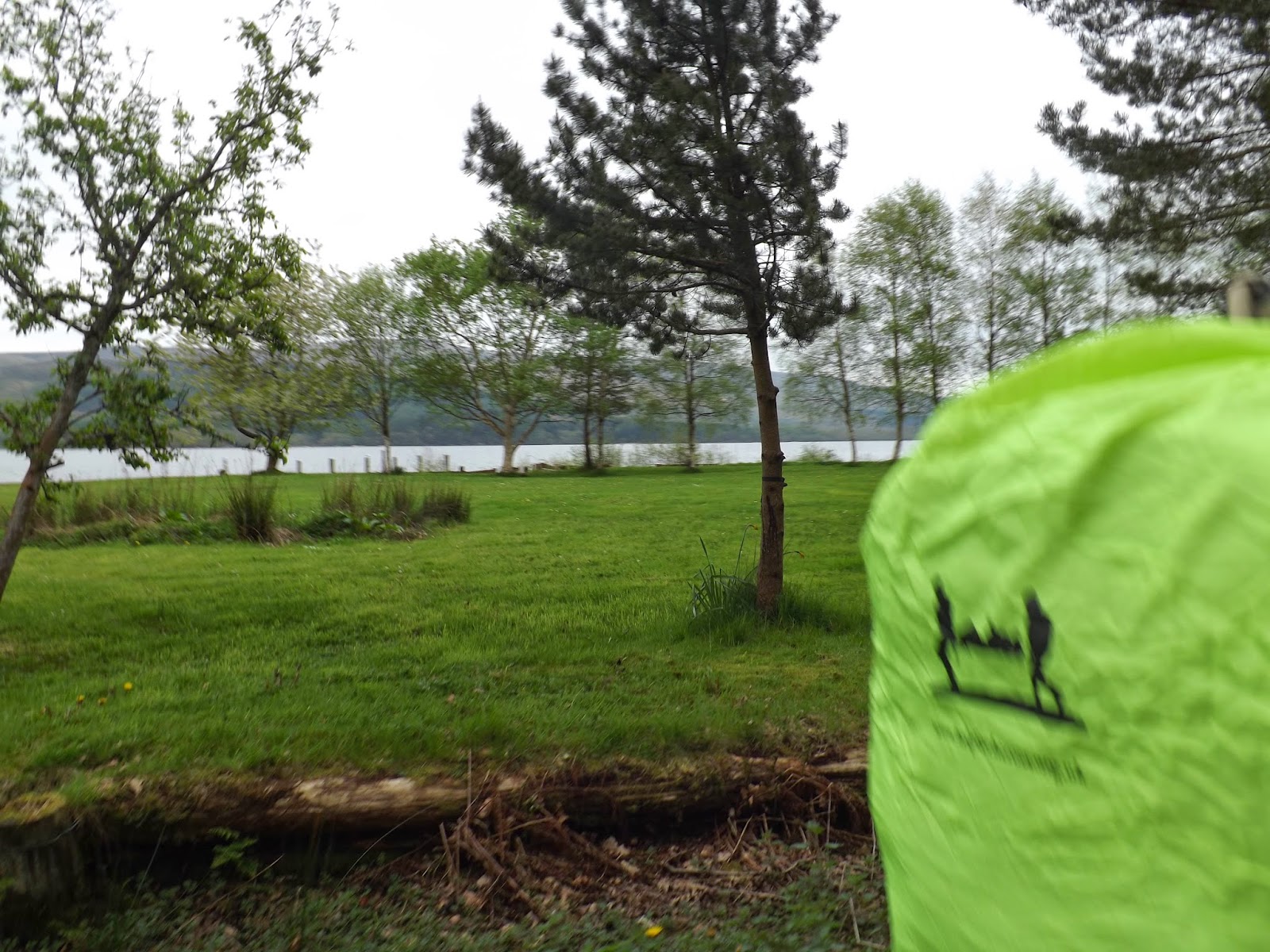 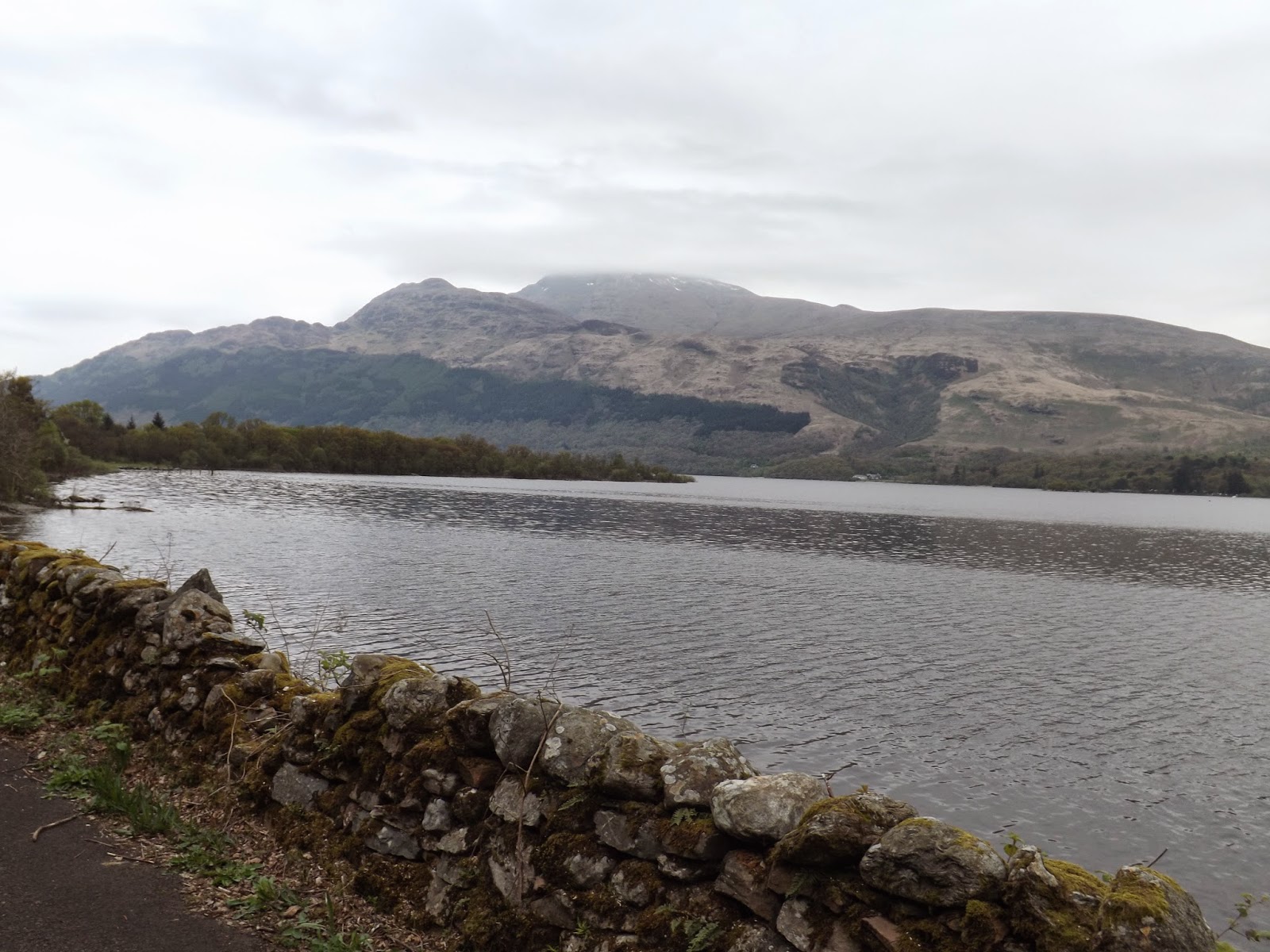 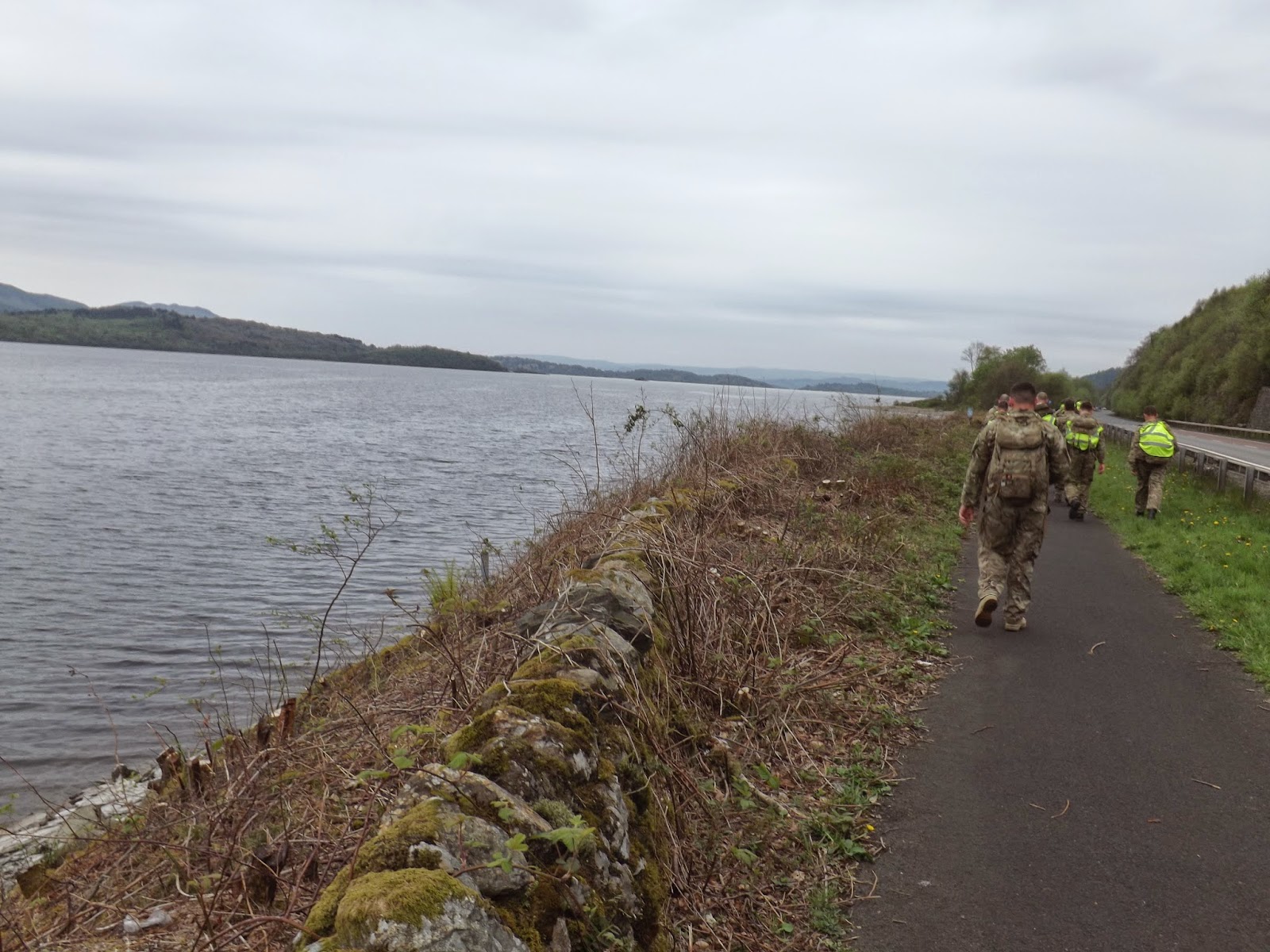 The route then took us down a fairly steep bank and we passed through what appeared to be a garden before we crossed to a path that ran next to Loch Lomond.

We headed South beside the Loch towards Luss which was approx a further 5km down the loch side. At Luss we were greeted with a few cheers and stopped for lunch, our second rest stop.

Once we had fed and completed our admin we formed up and marched off, we were still heading South, still next to the loch. We followed the loch for approx a further 5km and passed the Loch Lomond golf course. 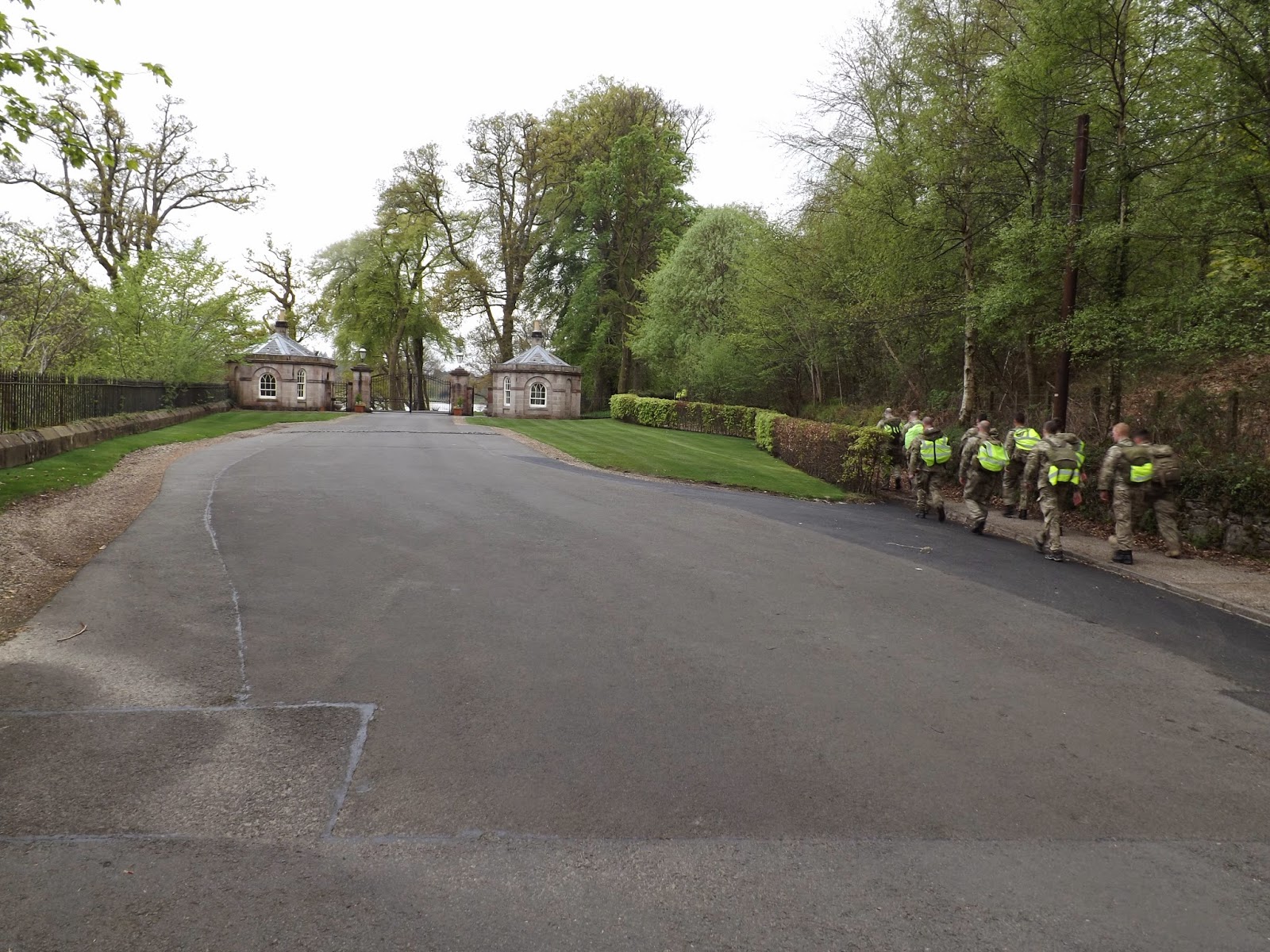 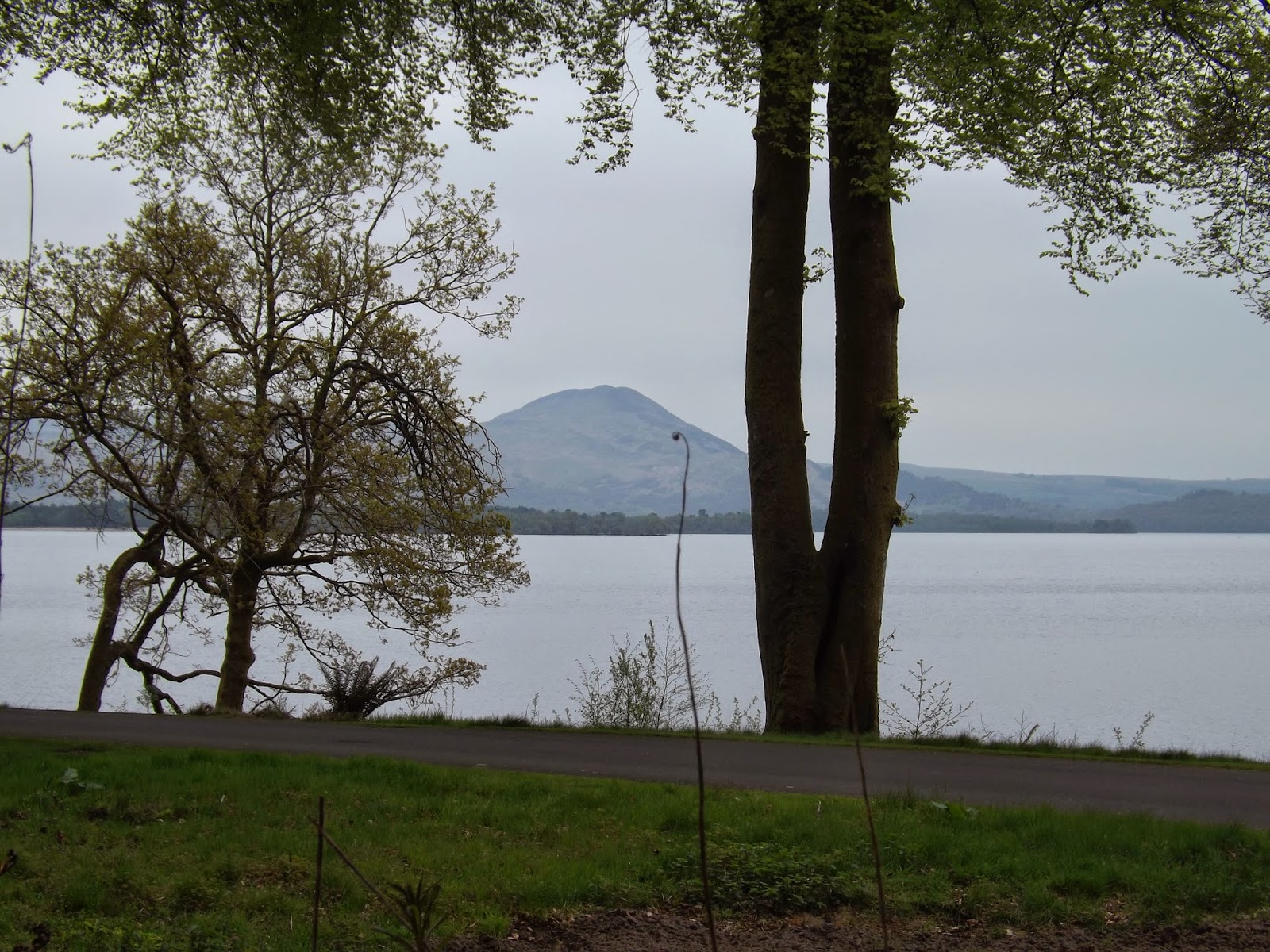 The route then returned to the main road.  After a short while we came across the police escort again who were stopping the traffic to allow the groups to cross the road onto the Glen Fruin Haul Road, East.

As soon as you start on the Glen Fruin Haul Road the route is up, up and then up again.  We passed another couple of groups and settled into a nice steady pace and soon reached the last rest stop of the day. 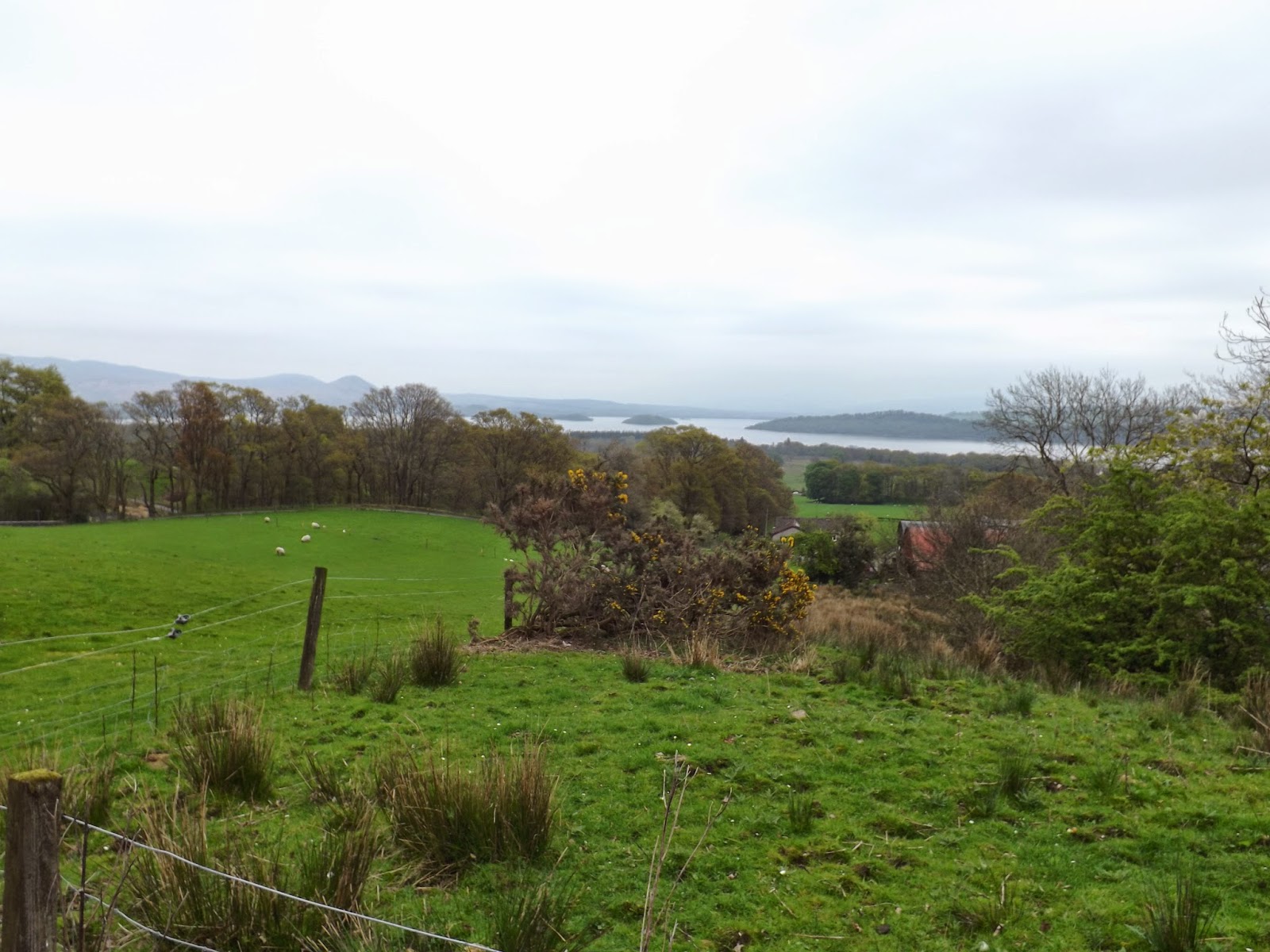 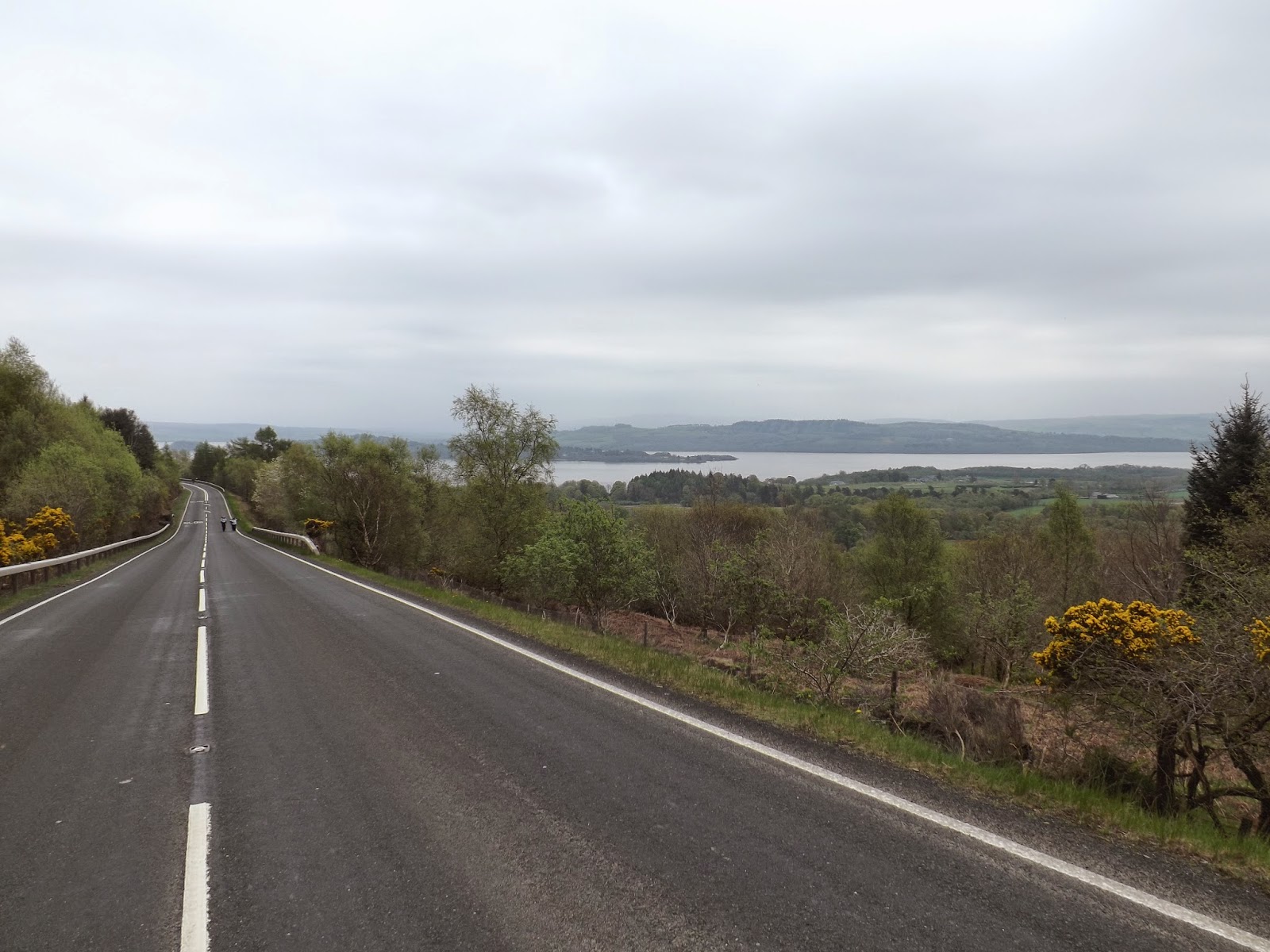 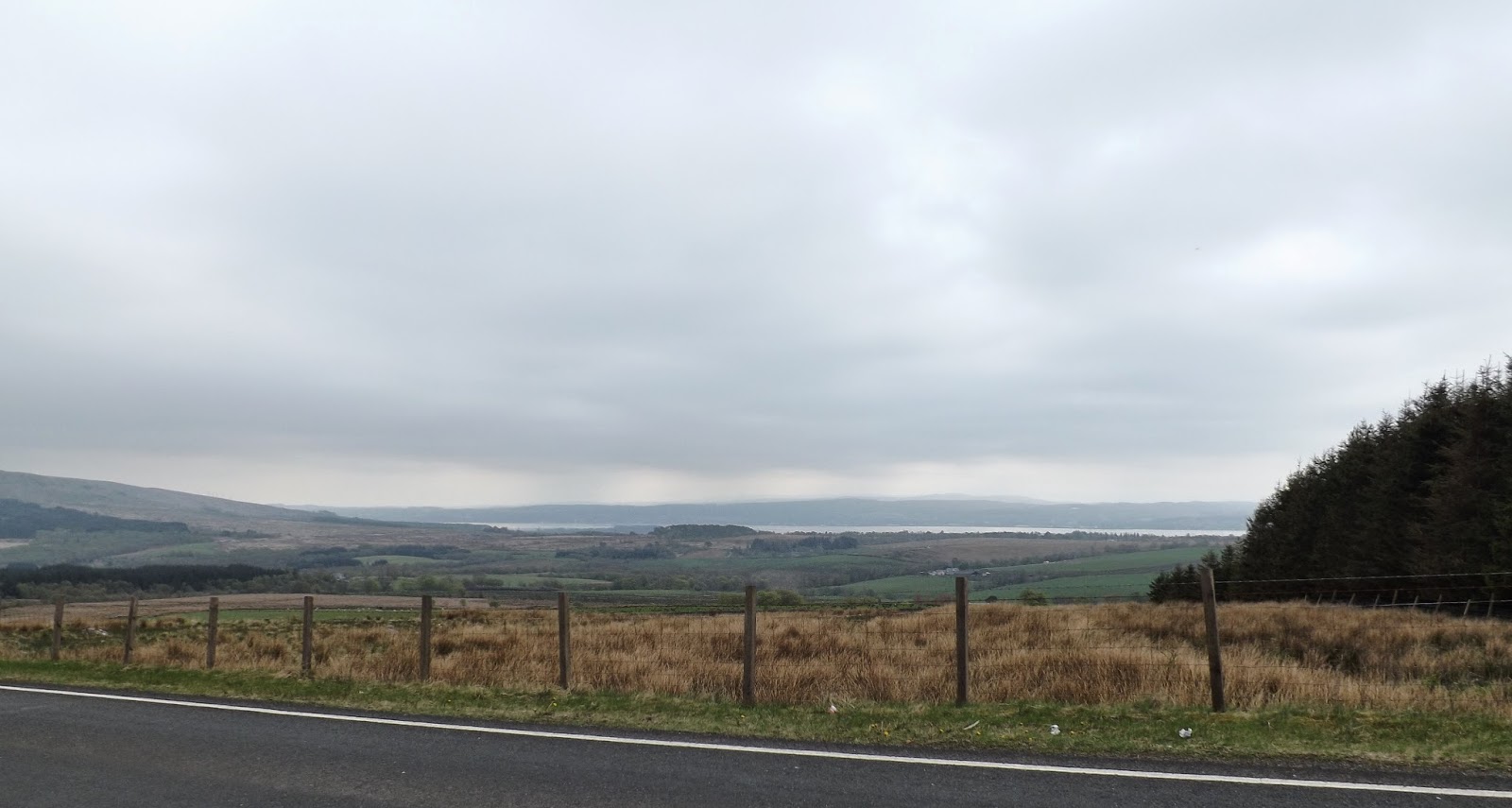 After a quick stop we formed up and marched off again.  The route was mainly level now with a few parts that were up and down. 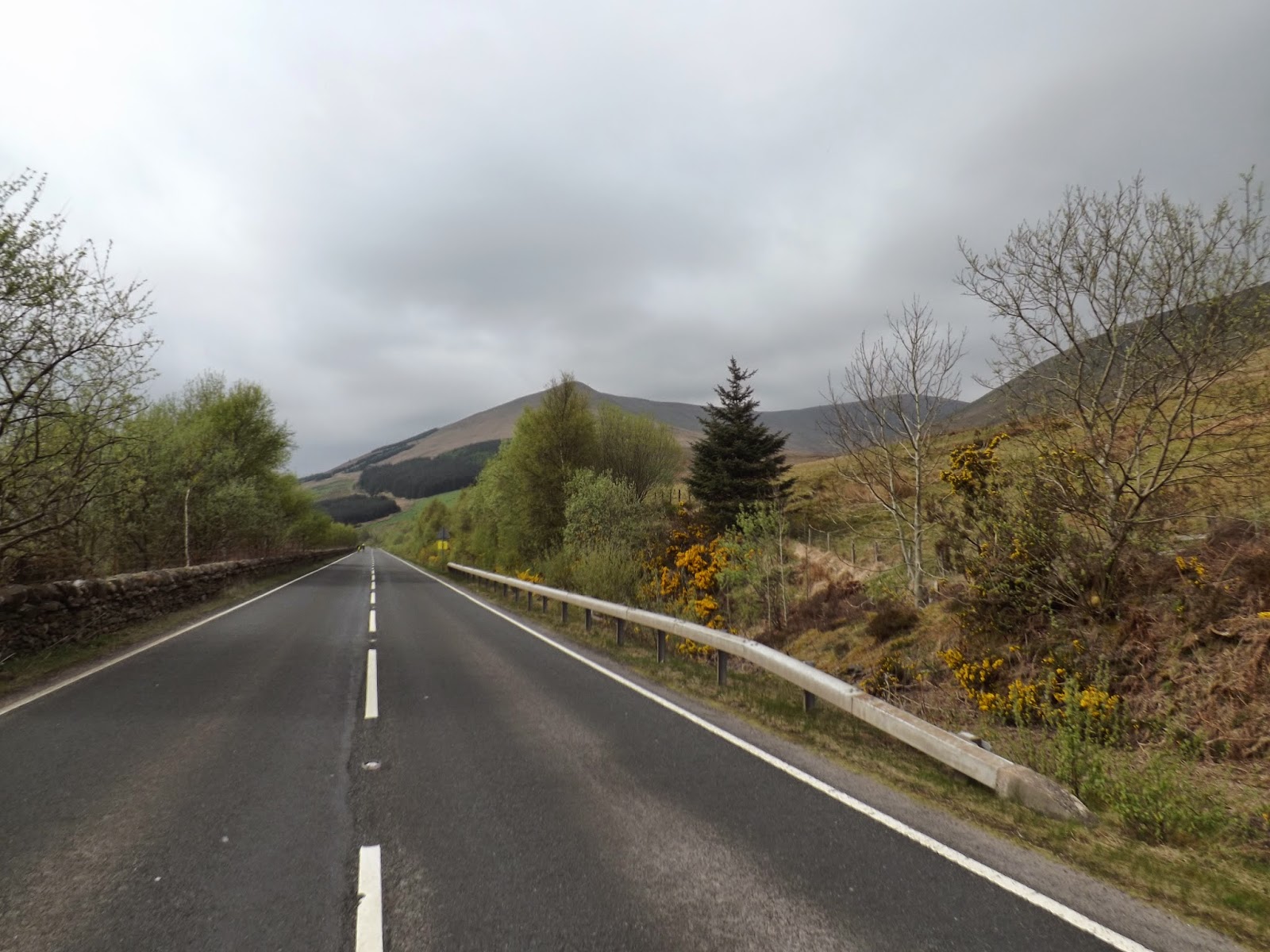 The route dropped down back to the roundabout we had passed earlier in the day.  There was just less than a km to go.  It was down hill now then a right turn for a small climb up to the camp gates, where we were greeted with cheers and hand clapping.

This was the end of day 1, we had had been told the distance was nearly 29 miles, 46.4km. Time for dinner and prepare for the next day.