Today was sunny with the promise of becoming warm. After a good breakfast, that set us up for the day, at the Pension Milka. We walked passed Zlatorog the mythical mountain goat with golden horns and headed to town (810m), our walk today would take us west along the disused train line. Along the route we had walked to the Italian lake earlier in the week.  We passed the bottom of the chair lift station and started the gentle climb up the path. 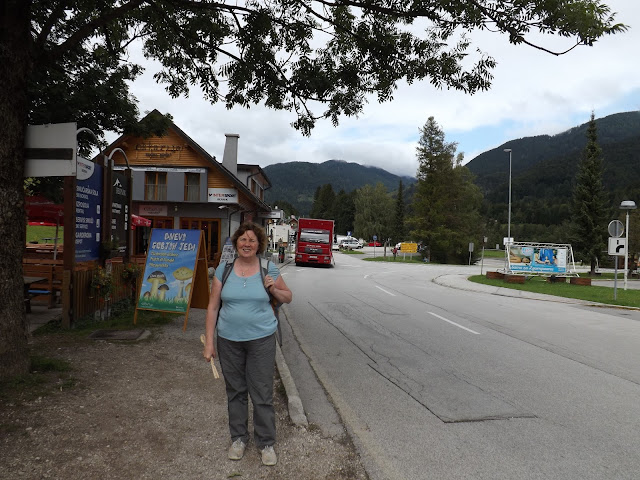 We passed the little barrel house and continued along passed Podkron up to Ratece (865m). 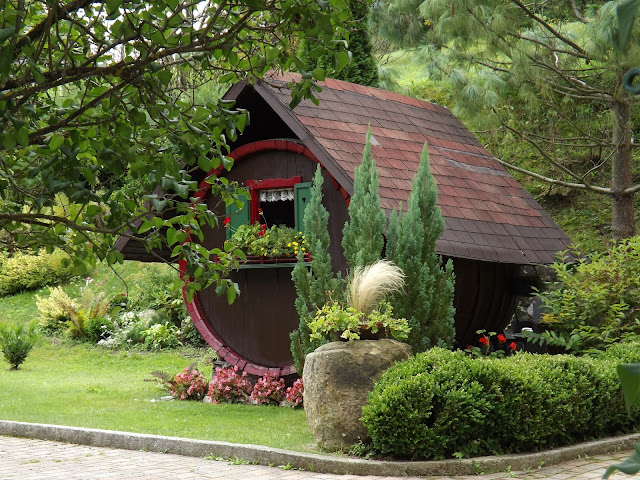 At Ratece we turned right and headed north into the little town. As we walked higher the weather was getting warmer.  In Ratece there were signs showing a number of routes up to Pec. 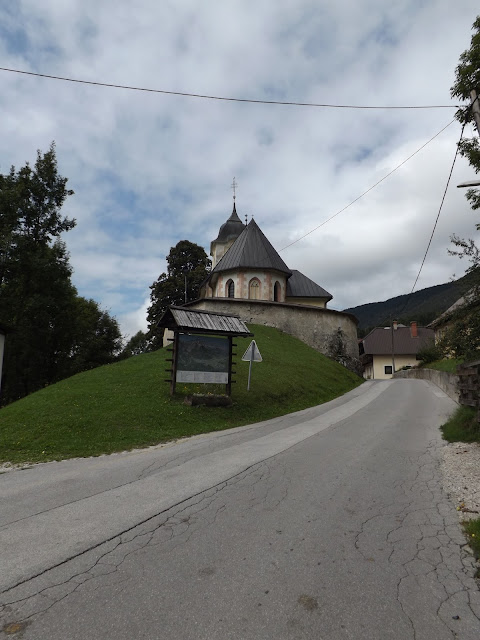 The path started as a steep little narrow path up beside a small chicken coop. This then joined a wide road which we had to follow for a nearly 2km. 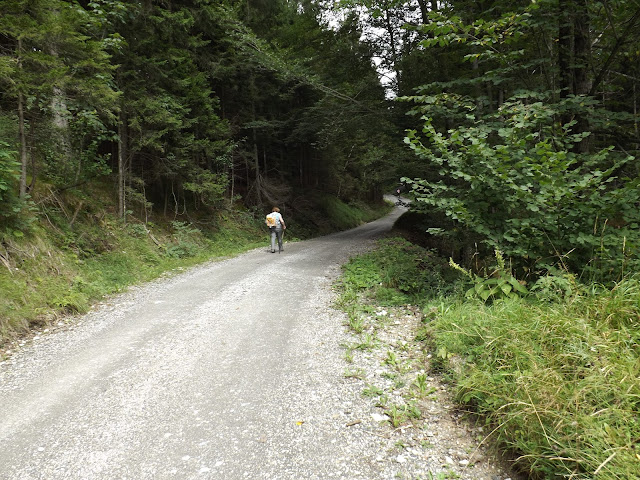 You then have a choice, you can either use the cycle route and continue up the road or take the forest path that zig zags up the mountain, we took the zig zag path.  I am not sure if it is a good idea but someone had painted the number of turns on each turn, starting at the bottom with 31. 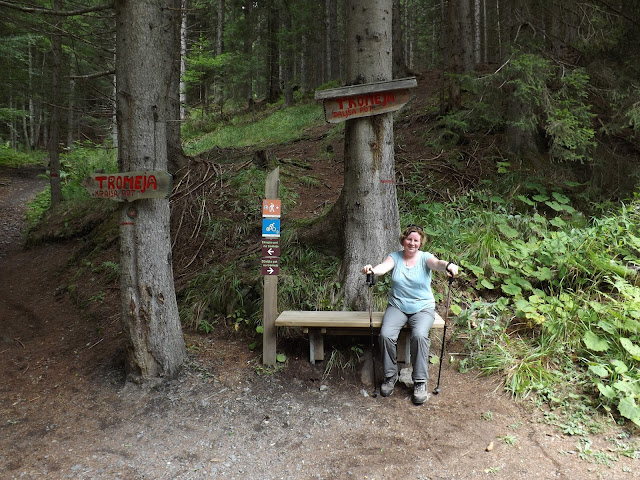 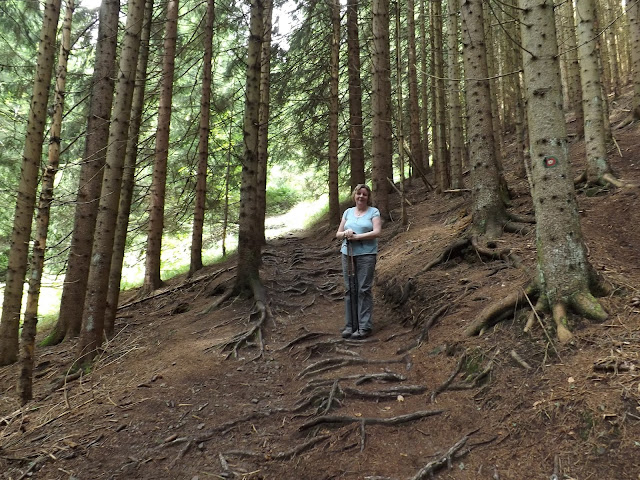 As we climbed parts of the path came into clear sky's and we could see up the opposite valley. It was along this valley they have held the world championships for ski jumping. 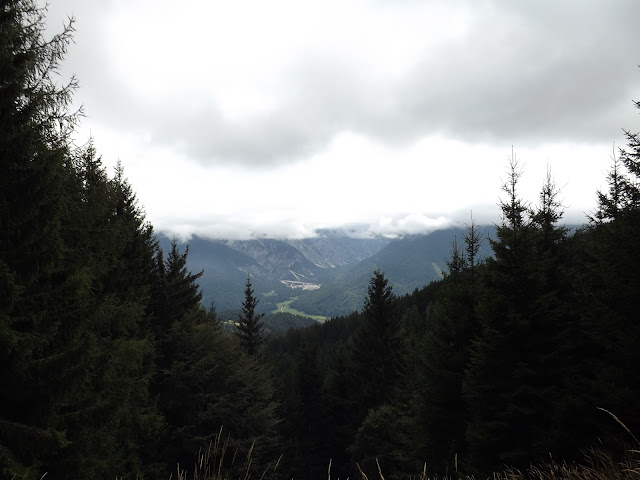 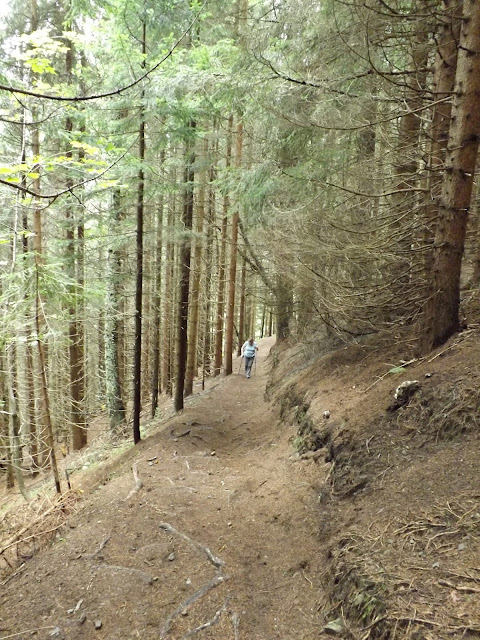 Eventually we reached the top or so we thought. This was the border between Slovinia Italy and Austria. 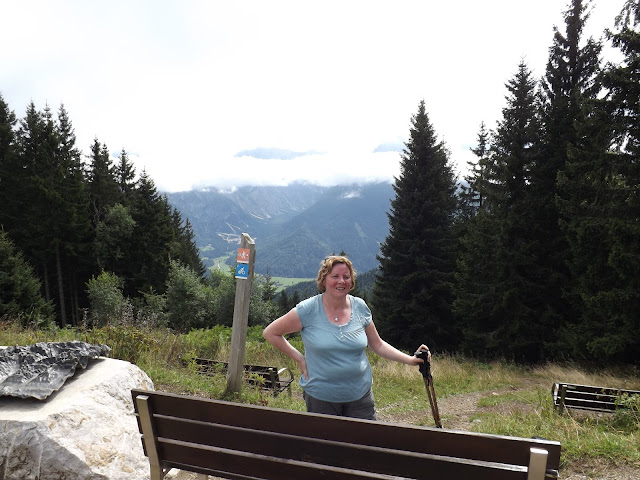 It was as we moved further up we saw plagues joining the three countries. 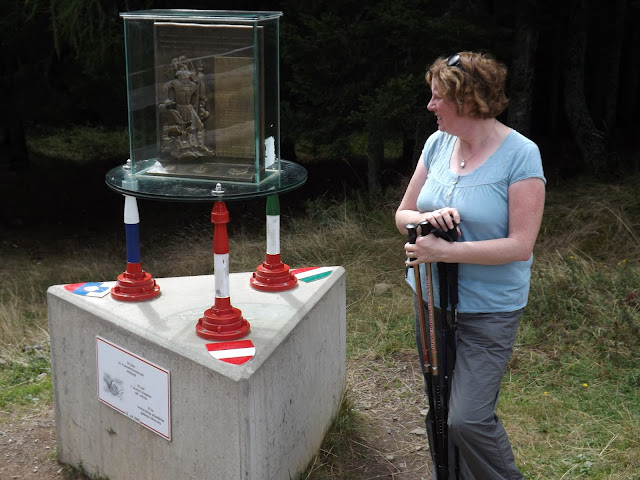 And as we reached the top we were astounded at the views. People were on their phones telling people they were in Italy now Austria and now Slovinia as they moved around the top. The map shows Slovenian calls it Pec, Italy has it as Monte Forno and Austria Ofen (Dreflandereck) (1508m). There is also a monument to games between each country similar to the Olympics. 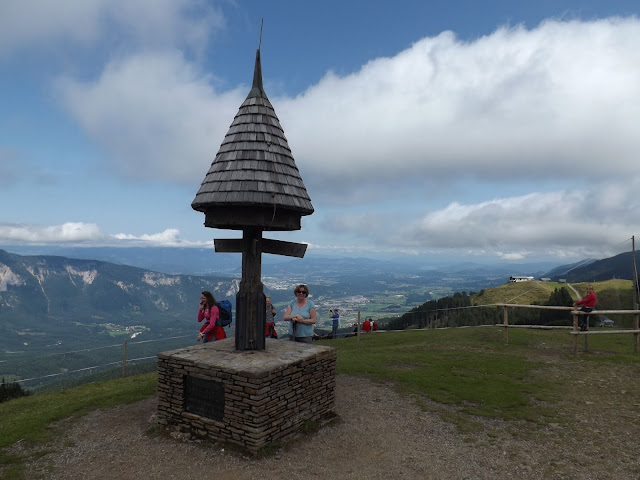 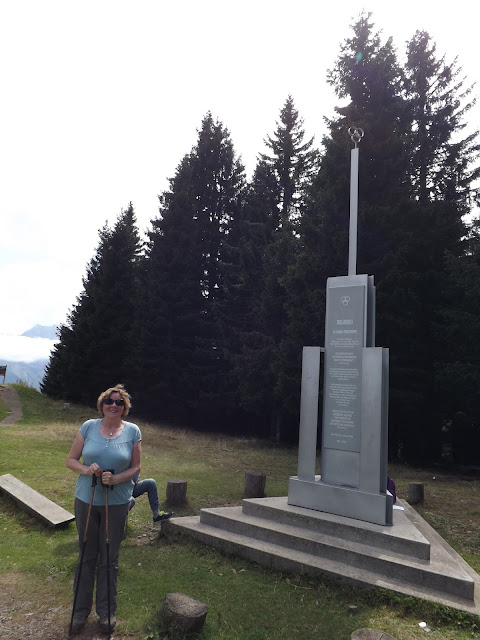 We had a short rest enjoying the views before we headed back down the zig zag path back to Ratece where we found a bar to take our refreshment of beer and cake. Then it was back onto the disused railway line to Kranjska Gora. 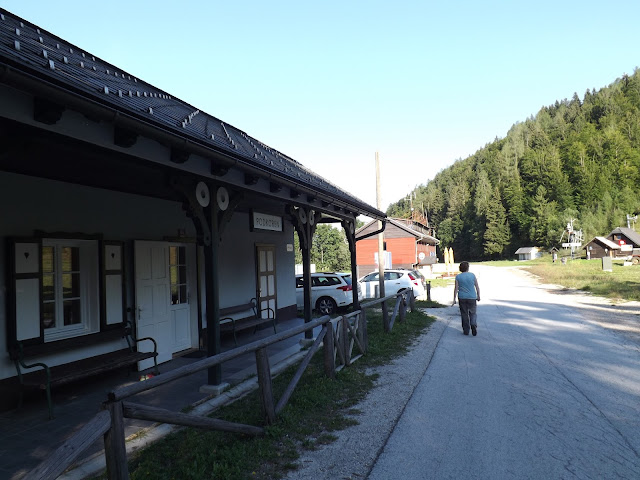 Once through the town we continued on the road back to Jasna and Zlatorog. 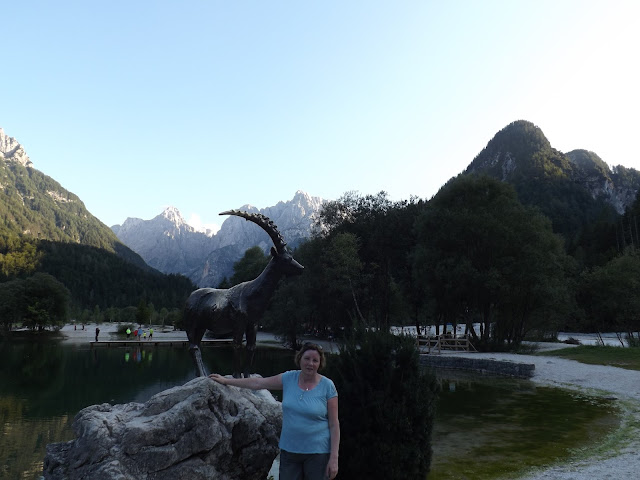 Back at the Pension Milka we had a rest before an enjoyable evening meal on the veranda. We had had a good day walking, covering 21km with 715m climb.