This was the first walk of our holiday and the first opportunity Anne had to walk wearing her walking boots following a foot operation earlier this year, therefore we would take things easy and take our time.  Outside our hotel, the Pension Milka, where we were staying is a statue of Zlatorog a mythical mountain goat, all our walks started walking passed this goat. 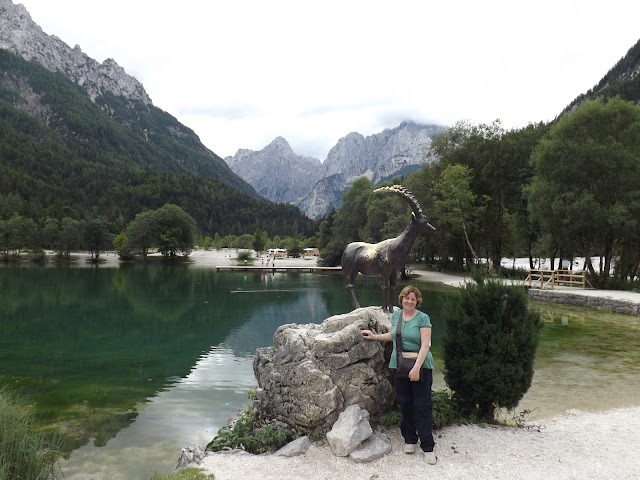 We walked south down the road by the lake, approx a km from the hotel we took the path route no 8, which travels on the east of the Velika Pisnica. Where the road turns right to cross the bridge we walked straight ahead and took the footpath. 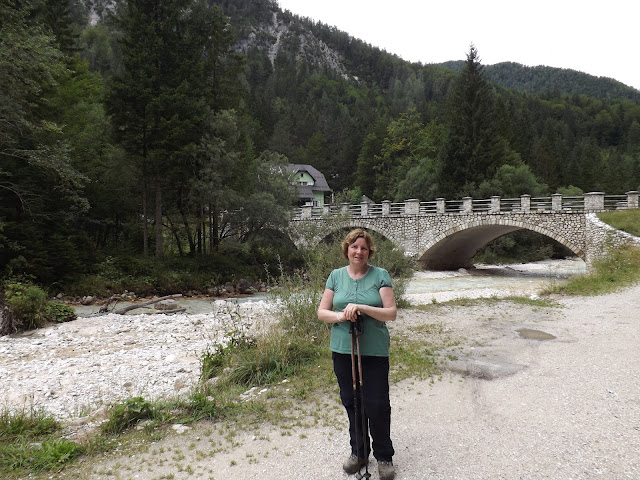 The path gradually starts to climb gently and changes to a gravel track. 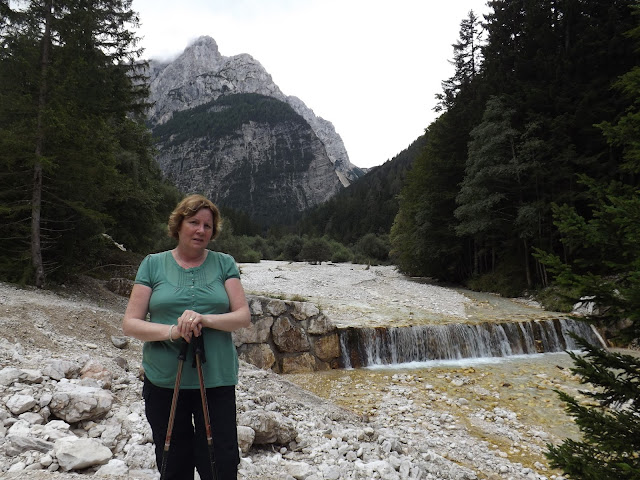 As we moved up the valley parts of the river bed were wide gravel areas, I expect this will be to take the mass of water that must flow down the valley when the snow melts in early spring. 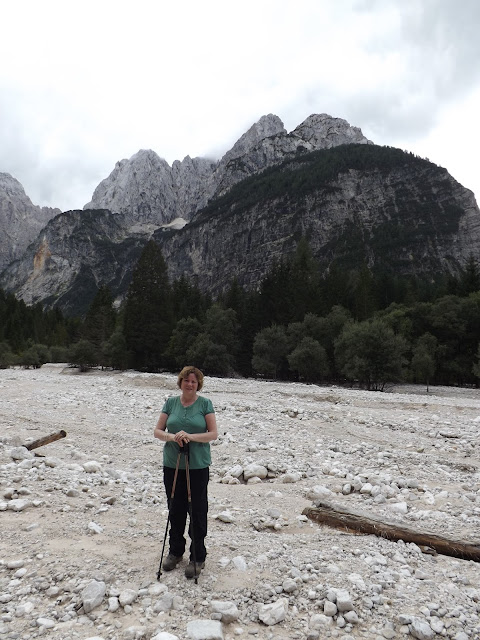 At the junction where we turned west onto path 7 we passed a small shrine which is dedicated to climbers who had lost their lives in the mountains. 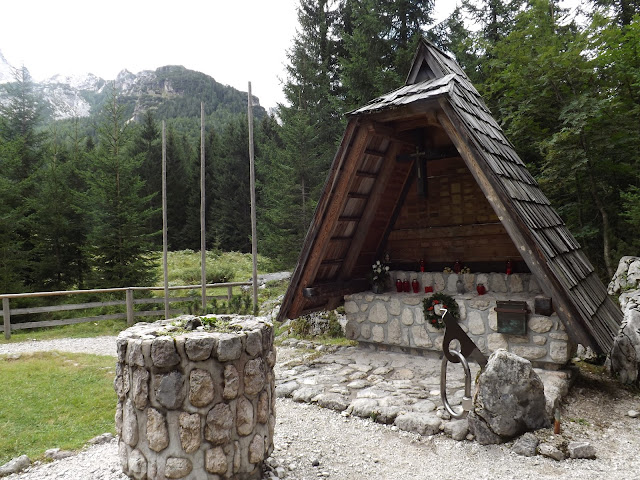 The path continues gently climbing up the valley westerly. The water in the streams is so clear, in places it is only the movement and flow that lets you see it is there. 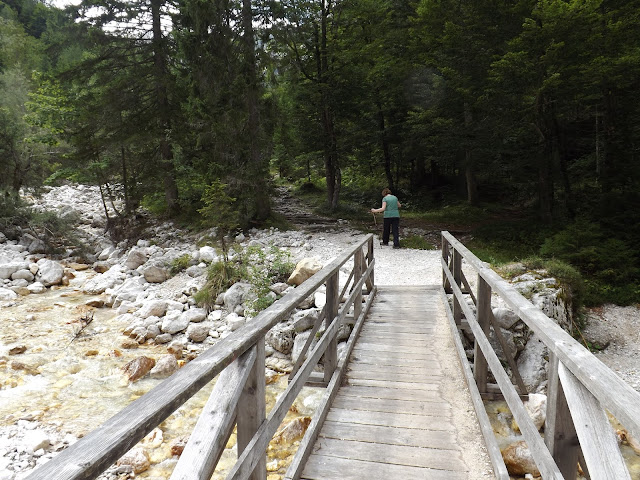 Once over the river the path passes through an area of car park, following the signs the path starts climbing steeply and moves into a narrow path that runs out of sight below the road.

A little way along we took another path up to the road and had a stop at the Mihov Dom for a beer and a piece of strudel, very nice. After our rest we walked up the road to rejoined the path a little further up the road. The road is steep and has a number of hairpin bends, we could see some cars struggling, the footpath headed straight up and cut across most of the corners. The history behind the road is that it had been built by Russian prisoners during WW1, linking the valley with a town called Trenta. A sign showed that a 100 Russian prisoners and two of their Austrian guards were killed in an avalanche in the area building the road and this chapel had been built for them. Other information says that many more were also killed due to other avalanches in the area. 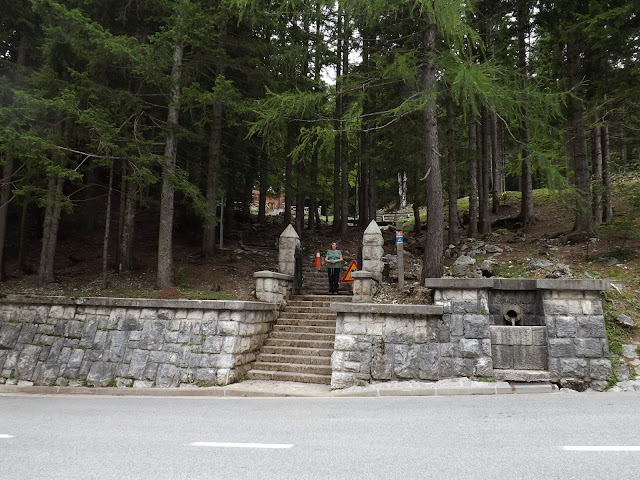 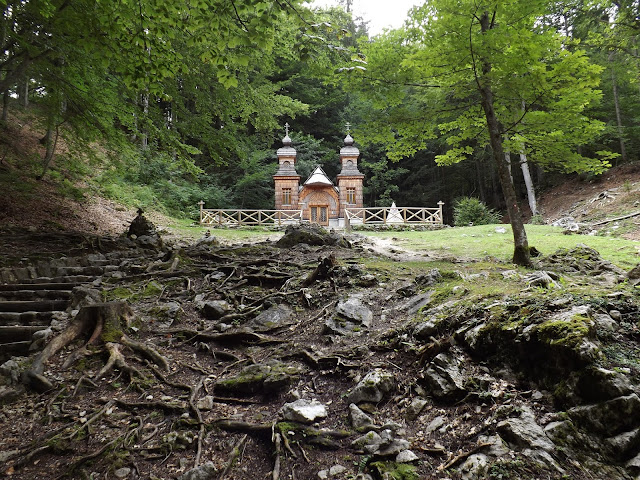 It was an interesting and sombre place. 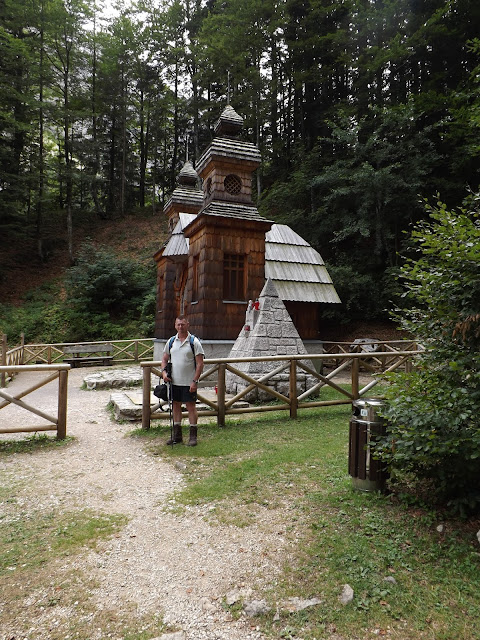 I had a little walk further up the path, but decided with the time we had taken to get here and the time at the Dom, resting, it would probably be best to head back to the excellent Pension Milka.  After all it was only our first day and we were taking our time. We took the same route back as our route up. 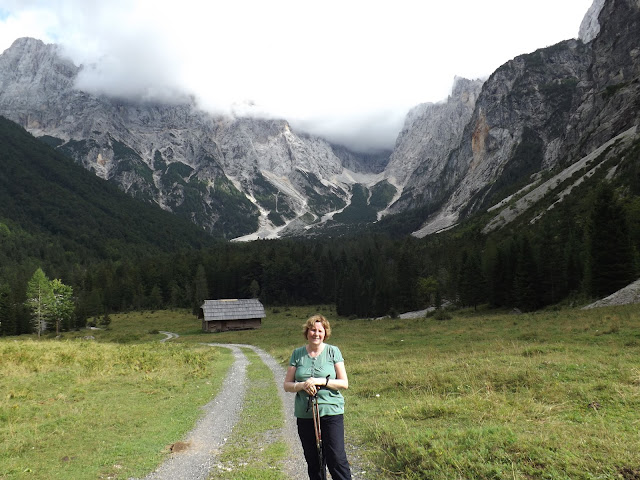 All in all a very pleasant start, we had covered approx 9km with 333m climb, a good start.