What a lovely sunny day, it was going to be another warm day. Leaving the Pension Milka following a great breakfast that set us up for the day, we walked passed Zlatorog the mythical mountain goat with the golden horns and walked straight into town. 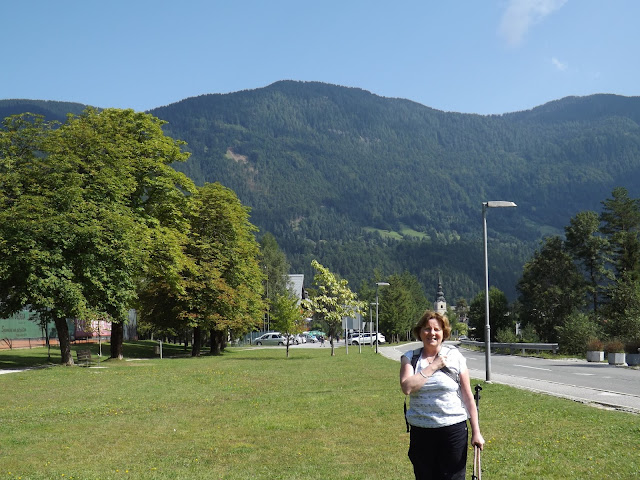 Today we were going to walk north through the town Kranjska Gora (810m) and find a woodland walk route 2.  So after a short stop at the Tourist Information and another at the Skipass Hotel where we asked about trips to Lake Bled we crossed the bypass and the Sava and joined route 2. 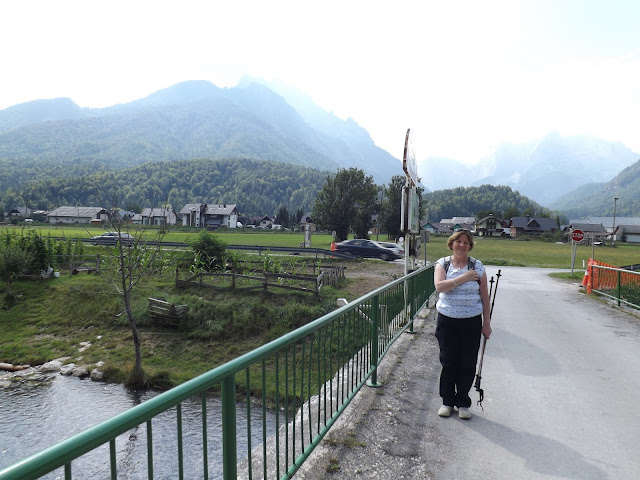 It soon starts to climb and is a gravel road as it twists and turns up the side of the valley. 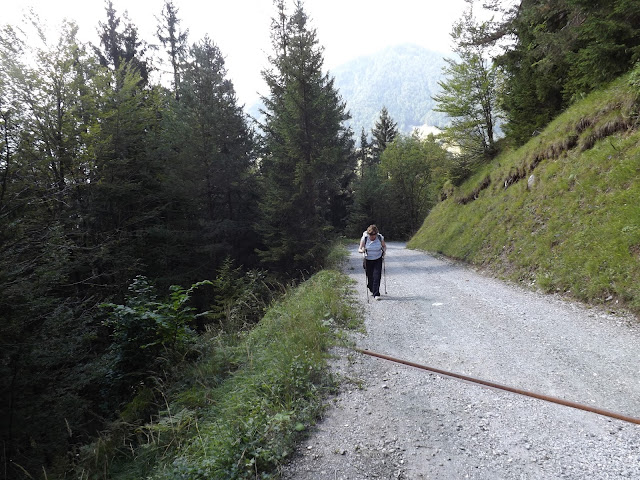 We had a short stop at a viewpoint shown on the map, unfortunately most of the views are hidden behind trees and bushes that have grown in the way. Never mind we continued up to Srnjak (940m) a place we could get a beer and it was good, It was served in frozen glasses and very welcome. 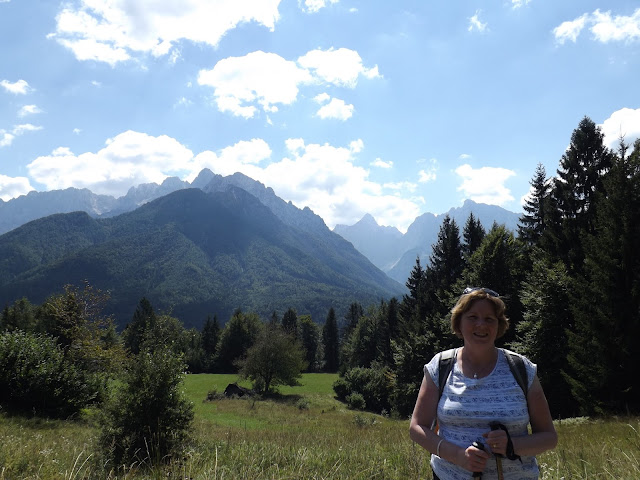 From Srnjak the road continues to climb a little before levelling off and the views across the valley were amazing.

Route 2 now takes us up a forest path that starts to climb again for 40m before again levelling off. Walking through the forest was good, although care had to be taken steeping over trees roots and boulders. 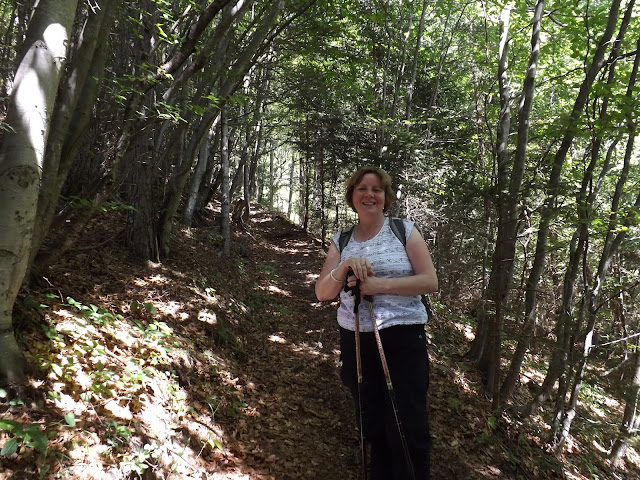 In parts trees had been felled so we could see across the vista.

There was another steep climb up the side of a re-entrant for 80m before the narrow track took a drop down to cross the stream. 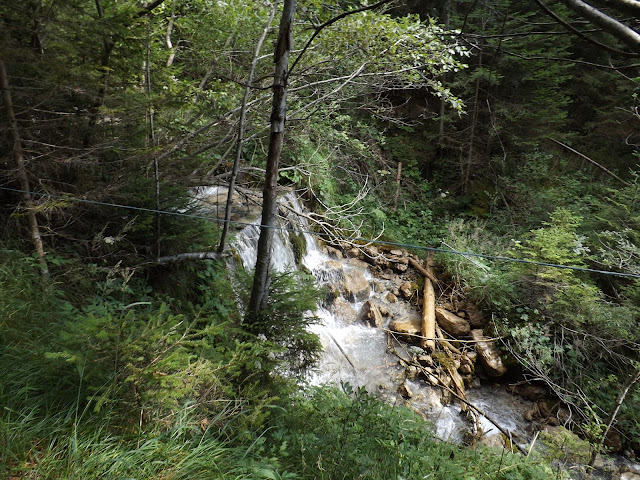 Again the water is so clear it does not show on all my photos. After crossing the stream we had a short rest before moving on. 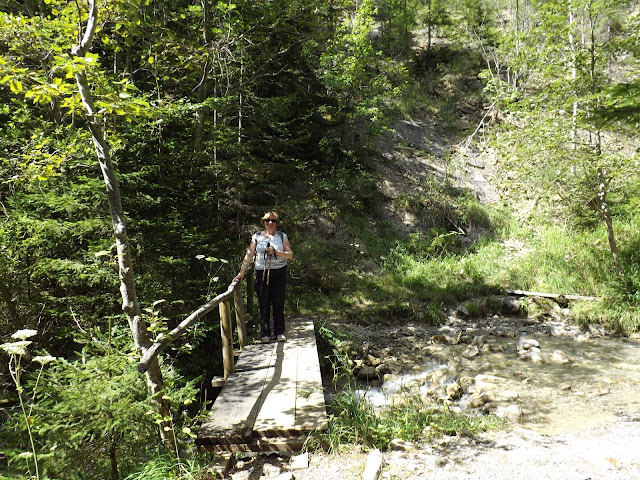 Our route dropped a little before climbing again to join a farm track that took us into a farm complex. Out the other side we were once again on gravel road heading down hill.

So far down the road we passed the local fire service, they must have been on an exercise or checking something as we had not heard any sirens, and we would have it they had rang. Anyway we continued down the road which is places had been cut out of the rock.In some places you could see that a lot of rock had been cut away for the road. 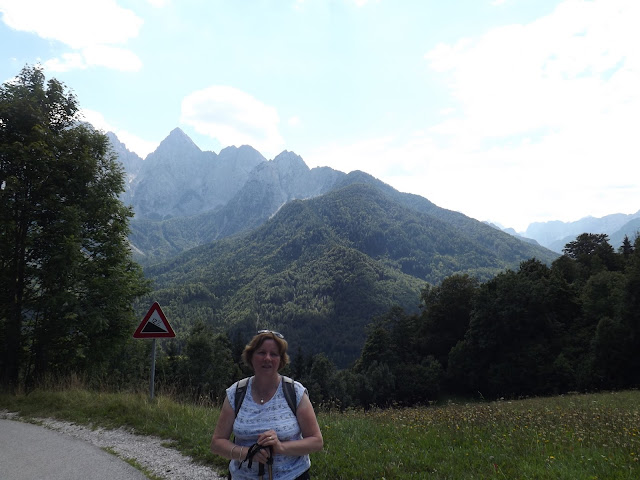 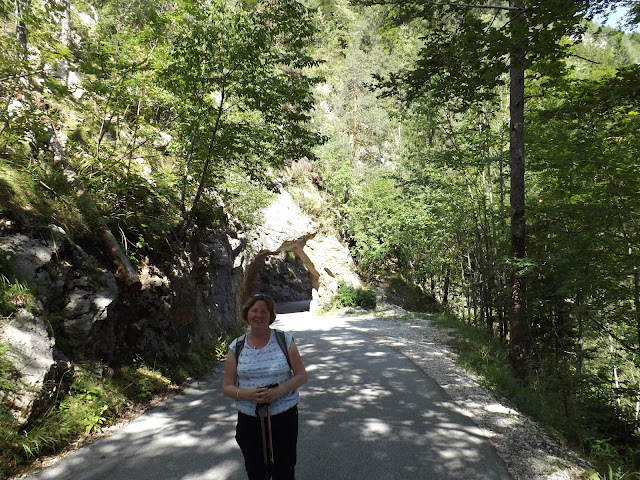 At the bottom the road levelled out across the valley floor and we followed the path over the road bridge crossing the Sava into Gozd Martuljek (750m). 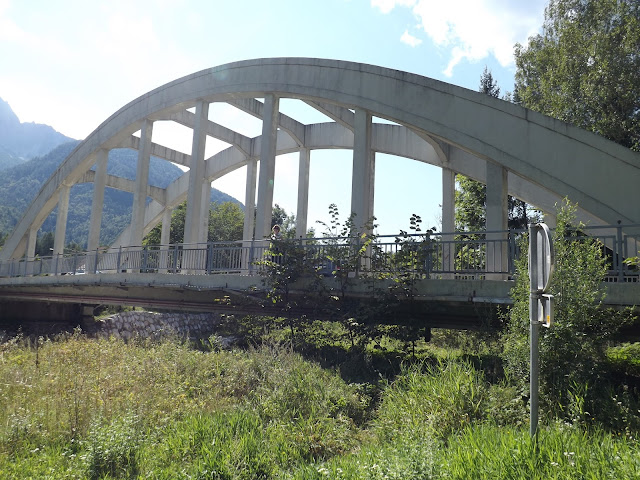 This was the busy road that was the bypass at Kranjska Gora. Here we stopped at the Italian restaurant for a rest and had to have a beer and some pizza, why not after all we are on holiday. While resting we discussed which route we would take back, as a number of options were open to us.

We decided and did this. From Gozd Martuljek we would take route 6 south until it joined the disused railway line. This line was another part of the line we had walked yesterday, today we were further east. This line travelled the length of the valley. 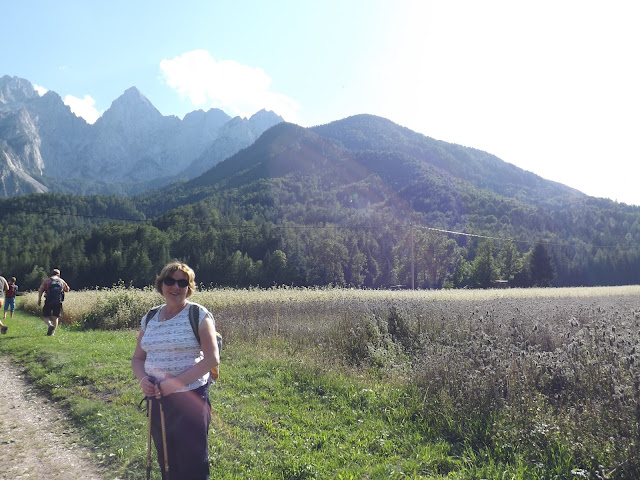 We would only walk the disused line approx 500m before turning south onto route 1.  Route 1 we started climbing again up to 980m. Where it turned west and continued climbing over the 1000m contour.  It then turned into another narrow forest trail. After a few hundred meters the path suddenly dropped to a stream where posts and steps had been placed to help. Once over the stream the narrow path turned steep and twisted and turned up hill until it reached another wide forest track. 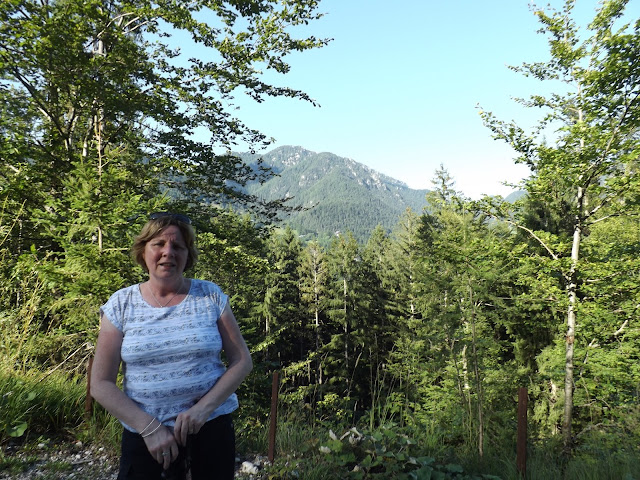 This path was mainly down hill and took us to above Jasna, where we turned off route 1 and made our way back to the lake, passed Zlatorogt and up into the Pension Milka, for a short rest before a great dinner. 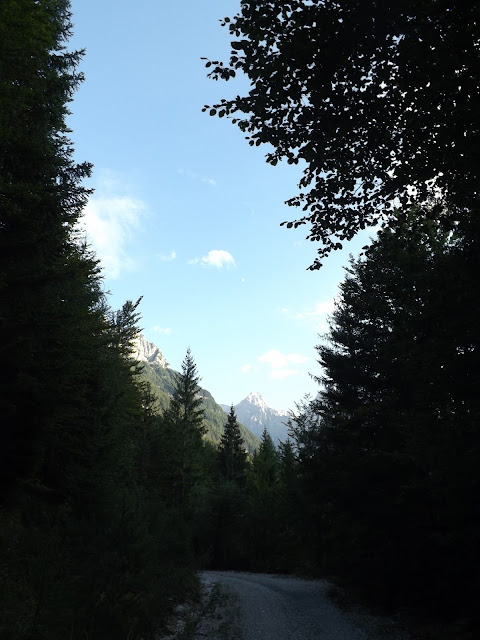 This had been a good day, we had covered 17.5km with a 600m climb. It had been good walking in the shade of the trees but a shame we could not see the views.