A few months ago my friend Randy pointed this area out and reminded me of my walk along the Pennine Way a few years ago. Today I was going to have a look around and find a route to take Anne on a walk another day.

The views were stunning on my drive over, on the high roads there were untreated with salt in places and I had to take care driving on the slippery patches. Due to the bright sun I did not expect the ice and frost to last.

I left the car in a lay-by just over the bridge from the Langdon Beck on the B6277.  I walked back down the road over the bridge and turned left, west, onto the road towards Cow Green Reservoir. Although very sunny and bright the wind from the west was very cold. The road passes a few white painted houses. 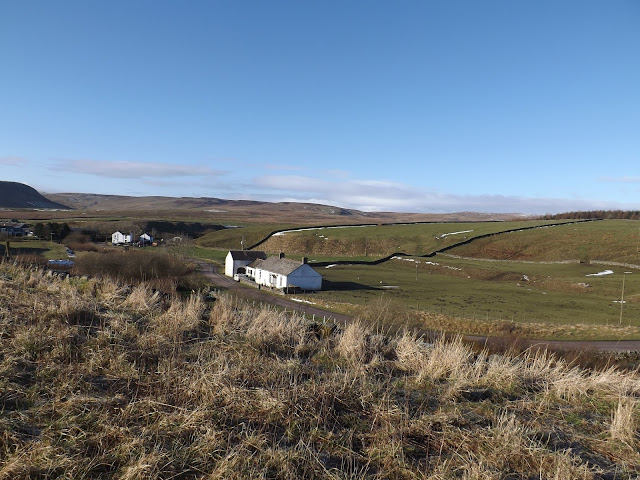 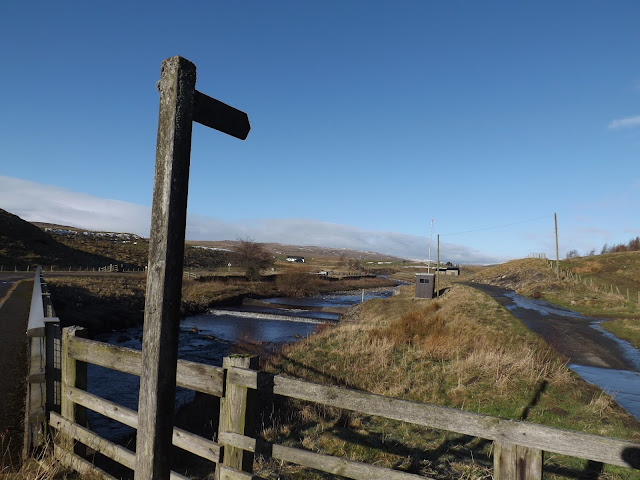 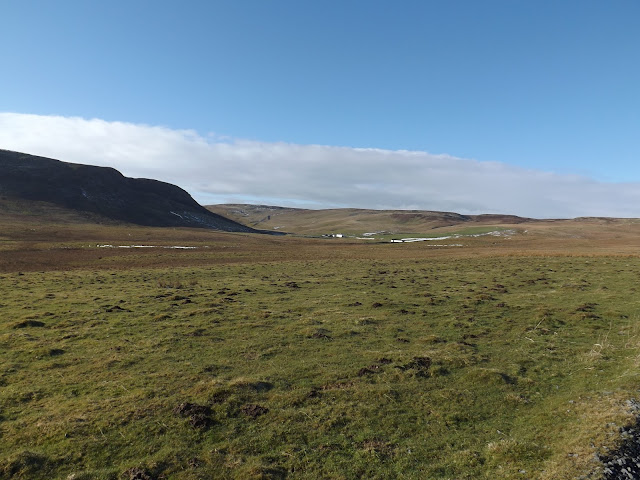 At Widdy Bank Farm I joined The Pennine Way and headed south west by the River Tees.  In places the ground was solid and very firm due to the cold, which was just as well as some of the puddles looked deep. This area is shown on the map as Holmwath. 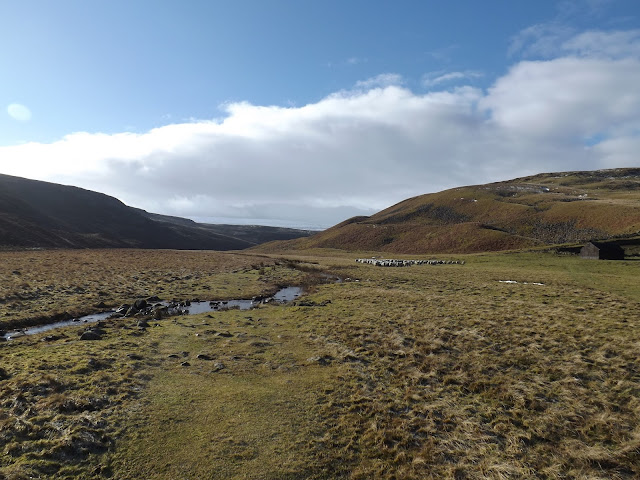 A cold wind was blowing down the river, off the snow on Mickle Fell. The path was narrow and followed along the bottom of the hill next to the river. 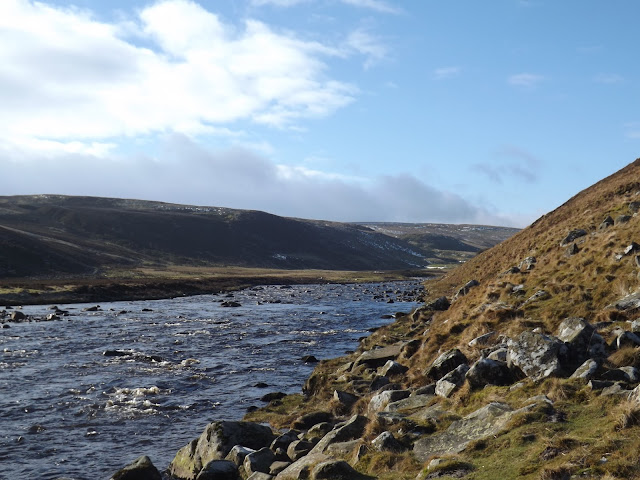 The path moves over stones and boulders and I had to take care as it was very slippery in places, sometimes it was the rocks and in places it was ice. 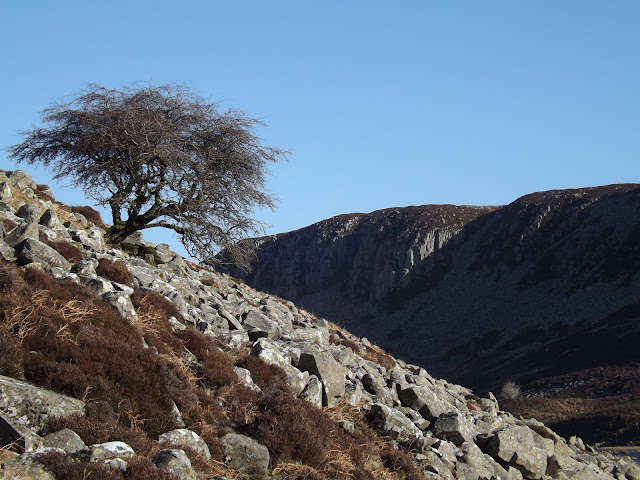 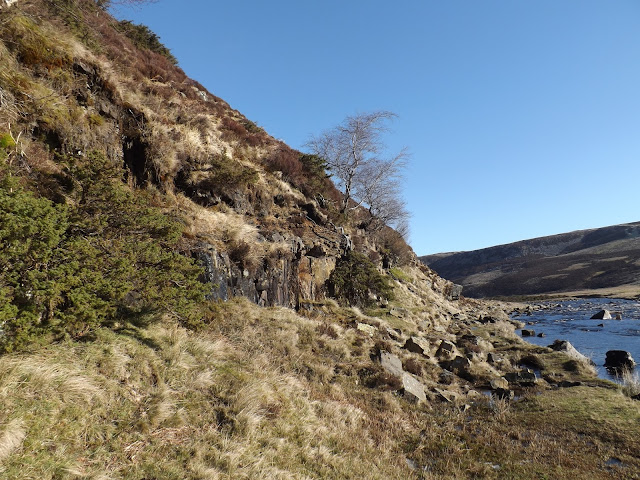 In places there were boards, again I had to take care as some had a thin cover of ice which made them slippery. The path moved to an area called Falcon Clints. I did see a large bird but could not make out what it was. 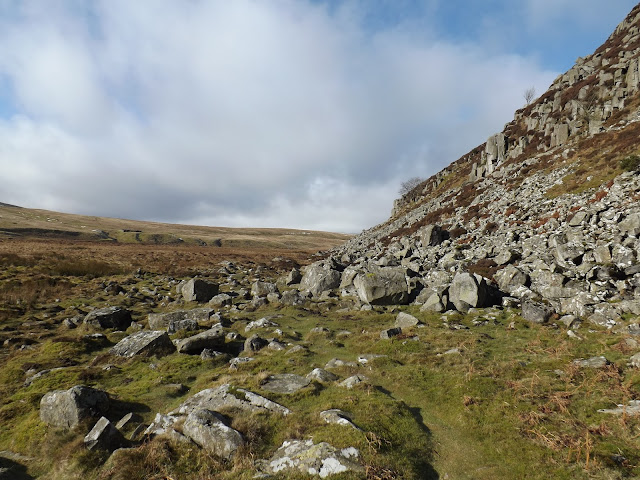 I could hear Cauldron Snout before I saw it. Beautiful. 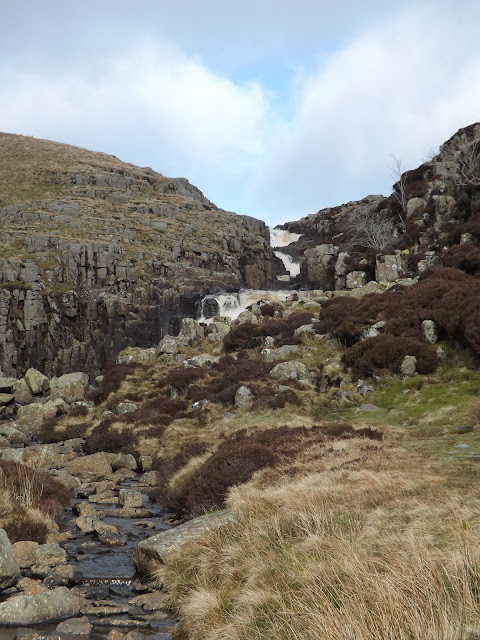 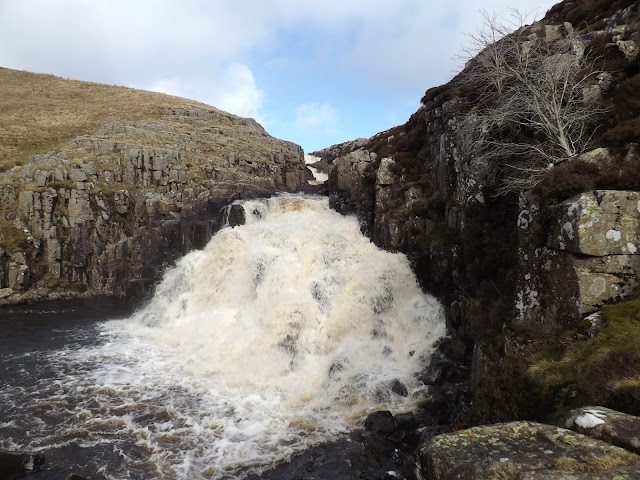 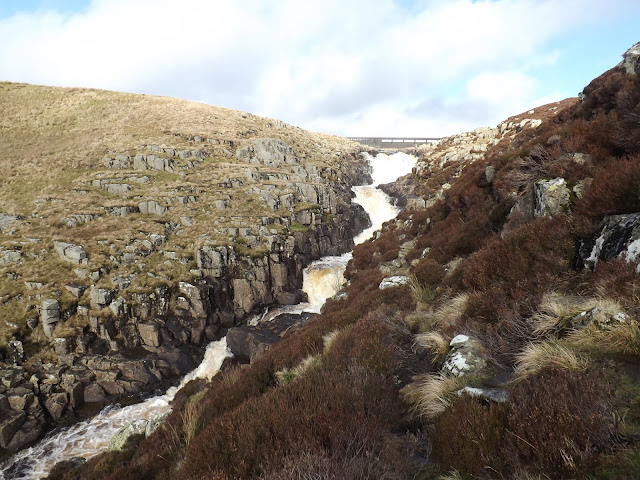 I had to take care climbing up the Way beside Cauldron Snout. I could see the ice on much of the path and climbed where I could, where it was slippery I moved further up the side onto a higher path to get a better grip walking up to the road. 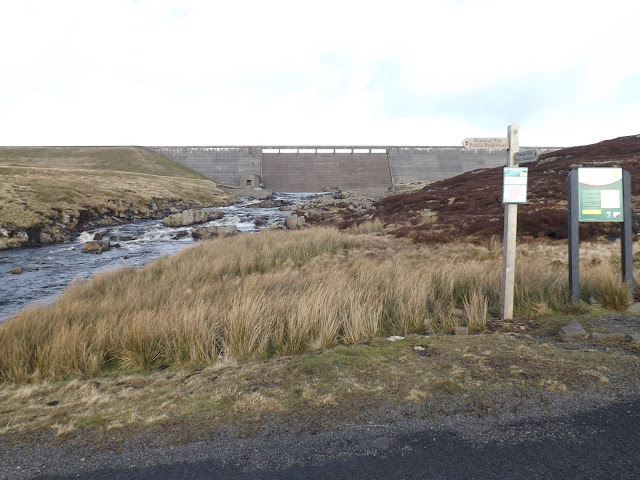 On the road I turned left, east, and continued along The Pennine Way. The road moves up and down a little in places as it climbs east.  I could see back along Falcon Clints. 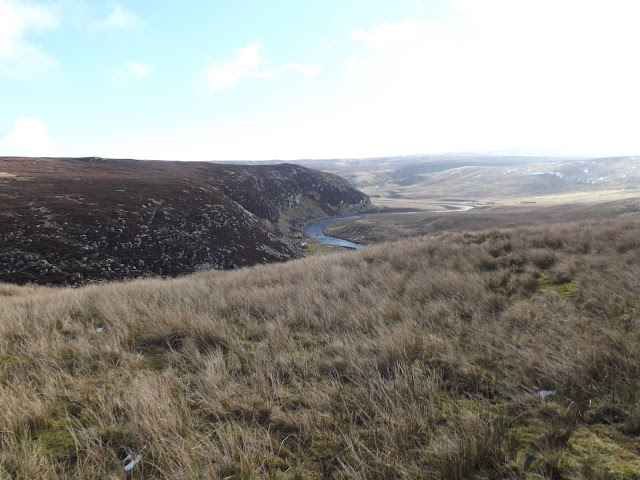 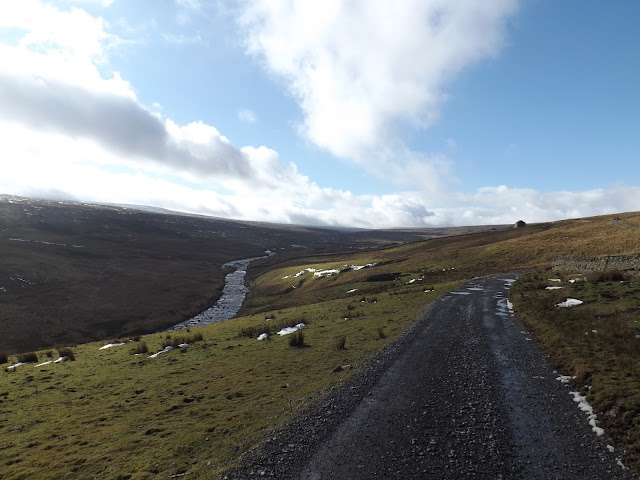 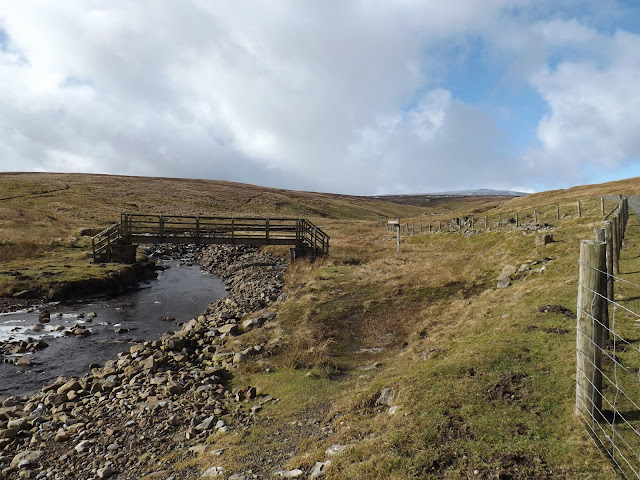 The Pennine Way moves across the north edge of the Warcop Training Area. 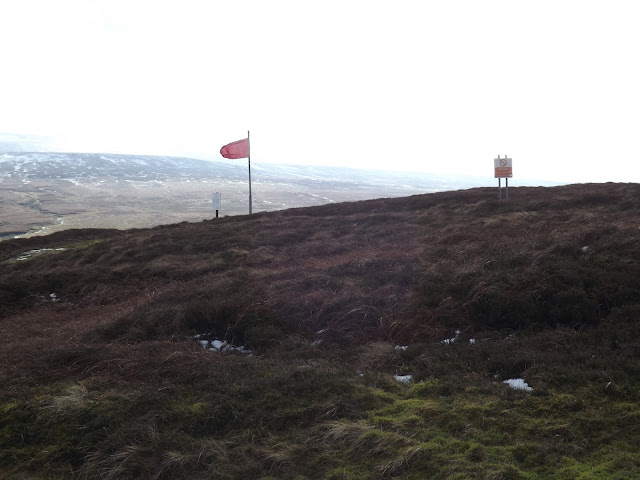 I was about an hour away from High Cup Nick, where the Pennine Way heads across country, when I decided to turn back.  As always, time, was in control of the day. I could have continued but this would have made me late getting home. So I headed back along The Way I had come. 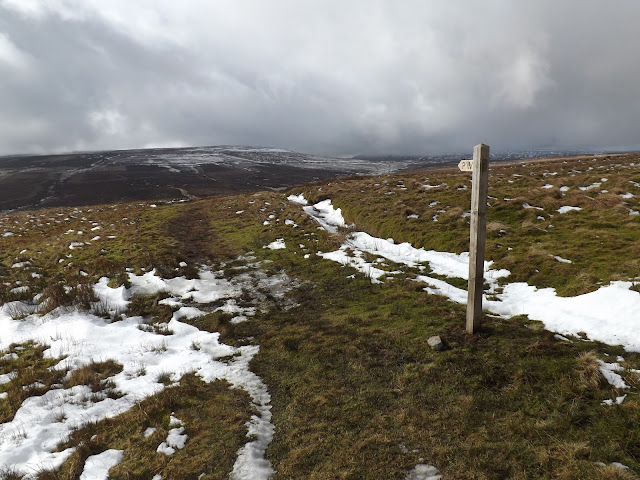 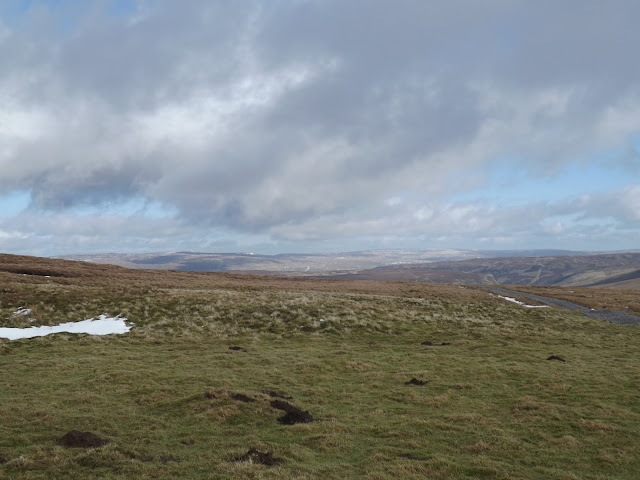 The views were brilliant. I started to see a lot of black grouse on my way back. 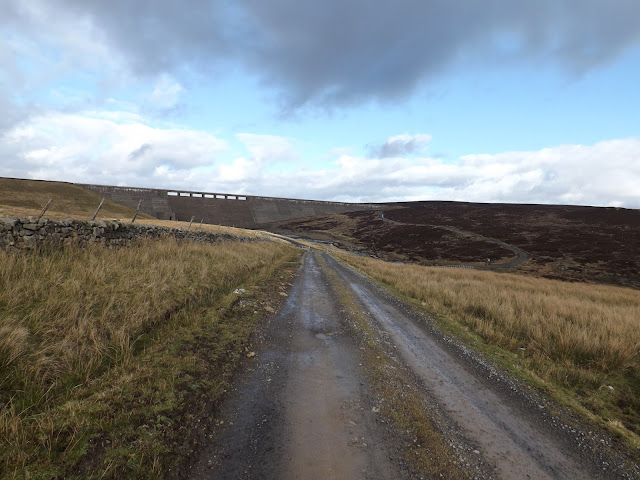 When I reached the top of Cauldron Snout, I decided to stay on the road and walked up to the Reservoir. 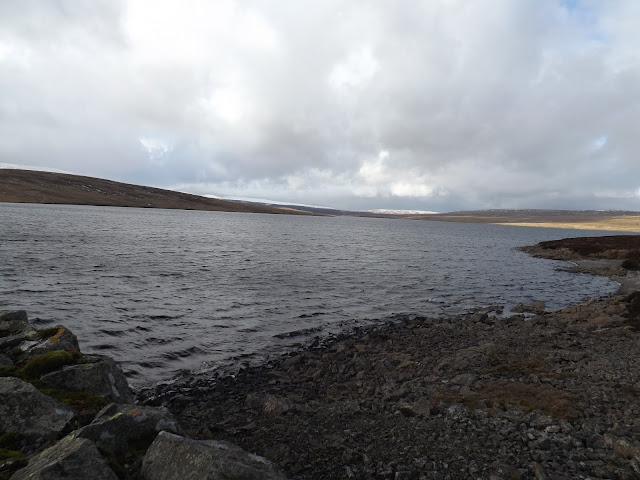 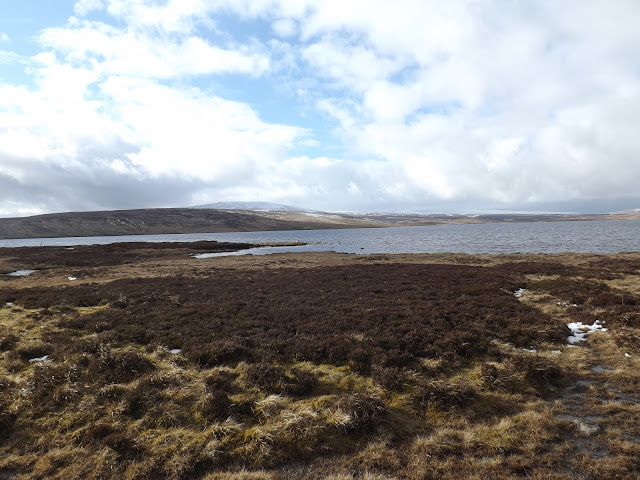 As I was walking east down the road from the Reservoir, I could see the low cloud and possible snow clouds on Meldon Hill to the east of the Reservoir. They were following me east. 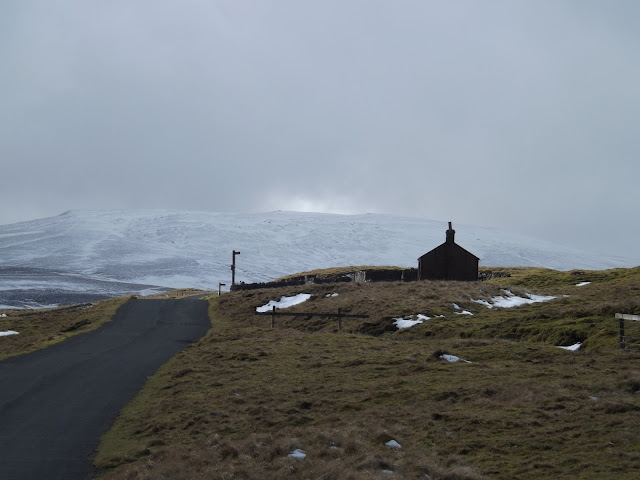 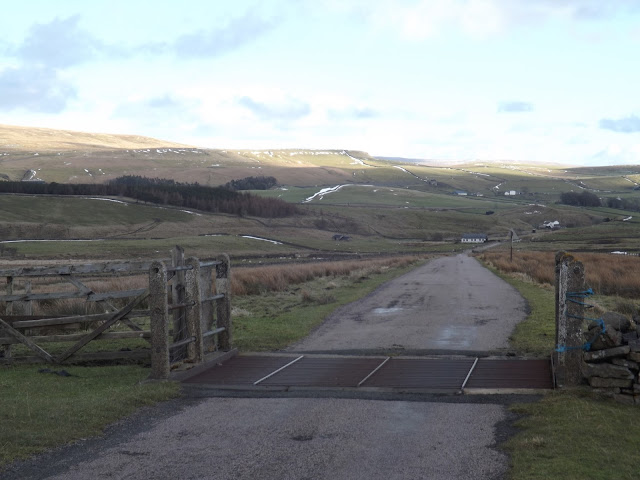 It did not take me long to walk the road back to Langdon Beck, back to my car. 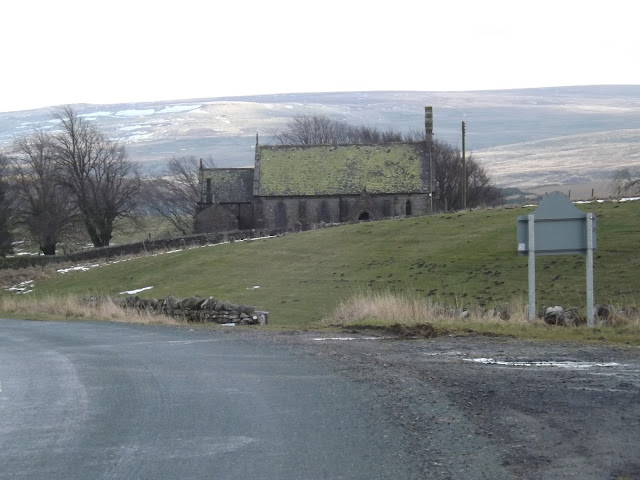 It was good to feel the cold wind in my face and stretch my legs, it had been a good day, I had covered 20 km with 350 m climb.

Boz North
Details correct at time of writing.
Follow link to when I walked here on Day 9 of my Pennine Way
Posted by Boz North at 14:14 No comments: