Following our visit late last year to Hay-on-Wye as part of our Offa's Dyke Path we had enjoyed our stay at the Baskerville Hall Hotel campsite. So we decided to come back and have a few days in the campsite. Although I had planned a number of walks in the area, this was one of the two walks we managed to do due to the Hay Festival.

I parked the car where Susan had picked us up at the end of our Day 3 and started Day 4 of our Offa's Dyke Path. The car parking area is marked on the map, near the Stone Circle (470m). The road that leads to Gospel Pass. Today the car park was busy. Although bright and sunny there was a cold wind blowing down the valley. 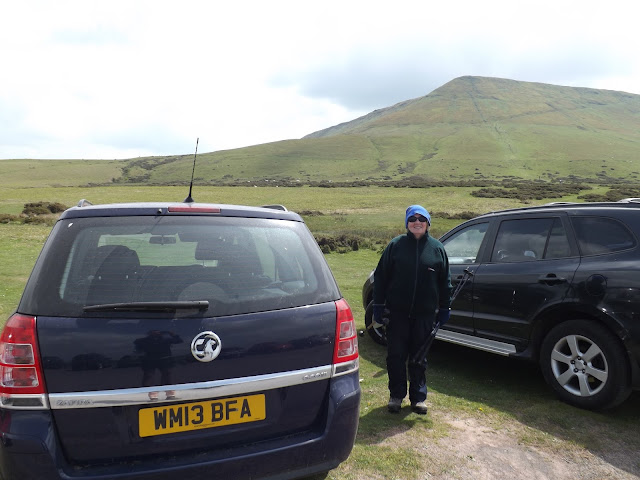 We took the steep path to the south east up the side of Hay Bluff which was the Offa's Dyke Path. This was the path we had walked down last October. A lot of people were walking up Hay Bluff today. As we climbed we soon warmed up and could see the countryside opening up below. 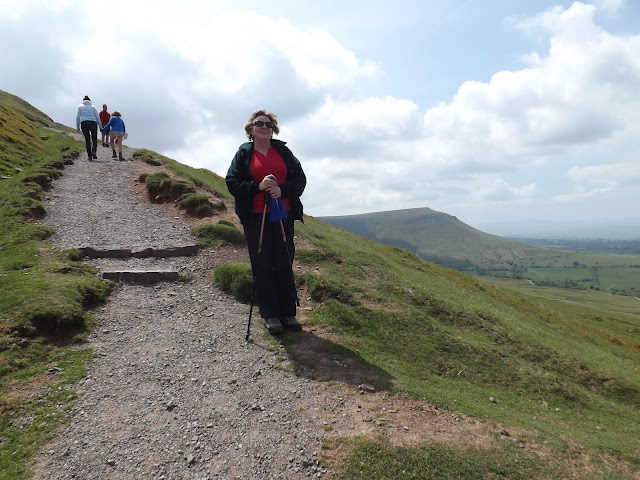 As we climbed a bird of prey swooped off the hill and glided down the valley. 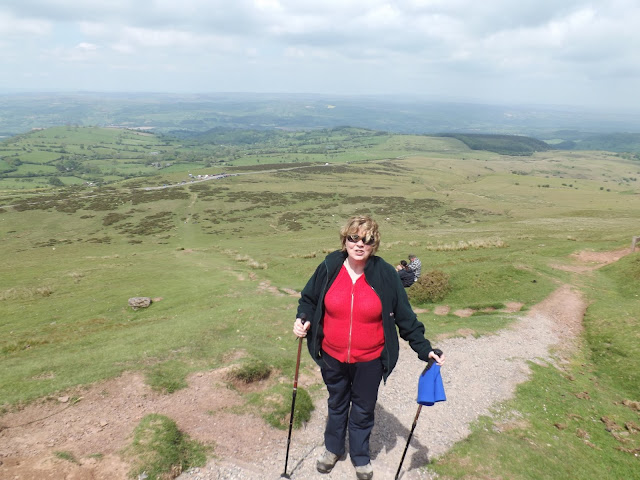 The path turns north west as it levels off and moves up to the trig point 677m. Some sites show this as Pen y Beacon rather than Hay Bluff. 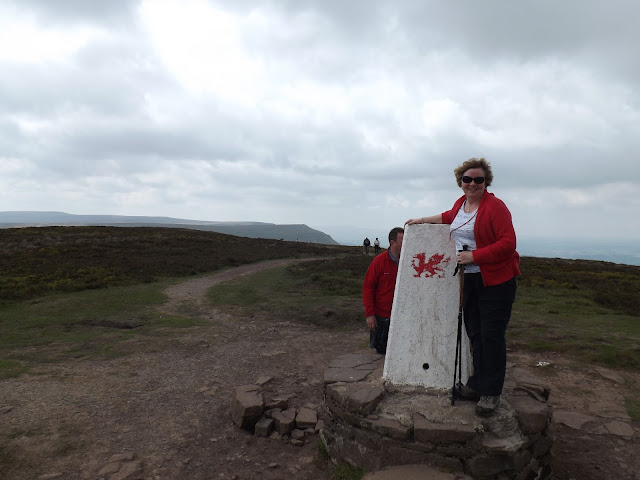 Leaving the trig point behind we turned back and headed south west passed the path we had walked up and moved along the ridge Ffynnon y Parc. It was along here we saw the wild ponies. 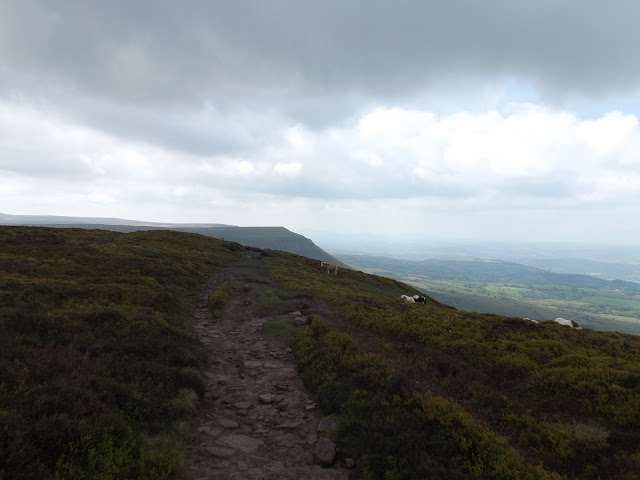 In the distance was our next hill Lord Hereford's Knob or Twmpa as shown on the map. 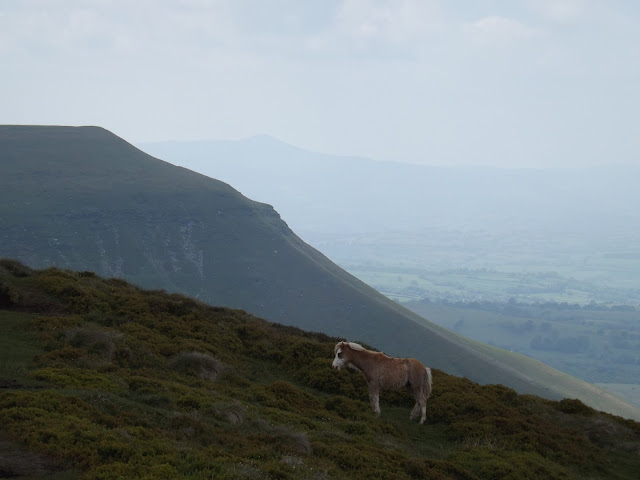 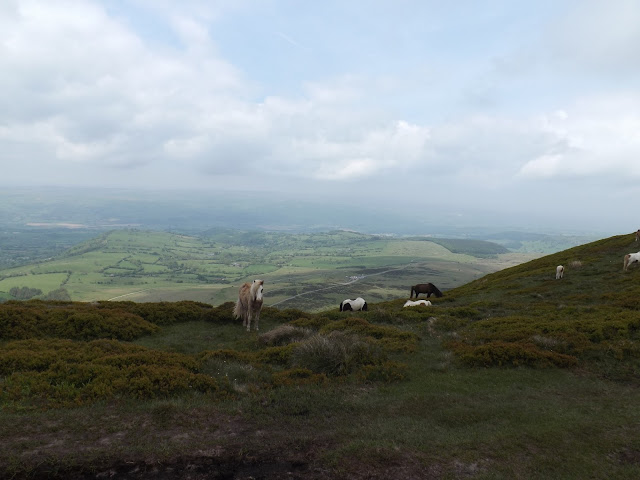 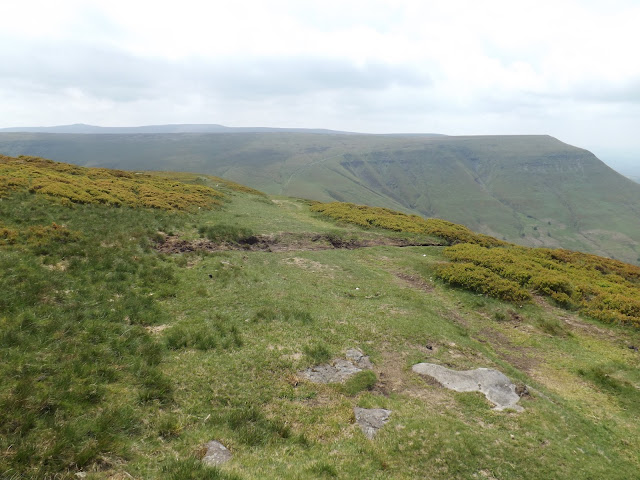 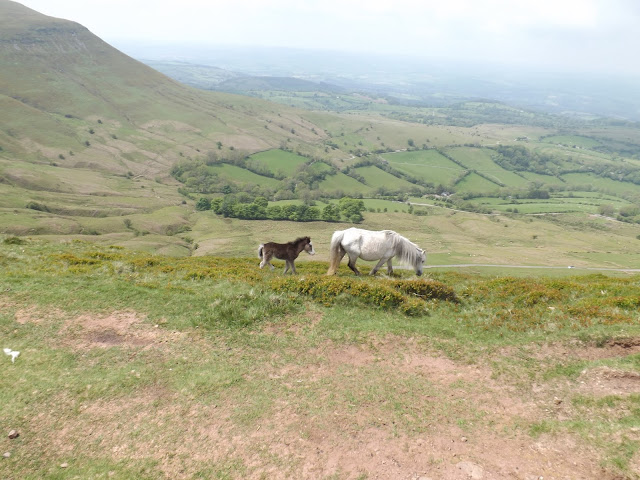 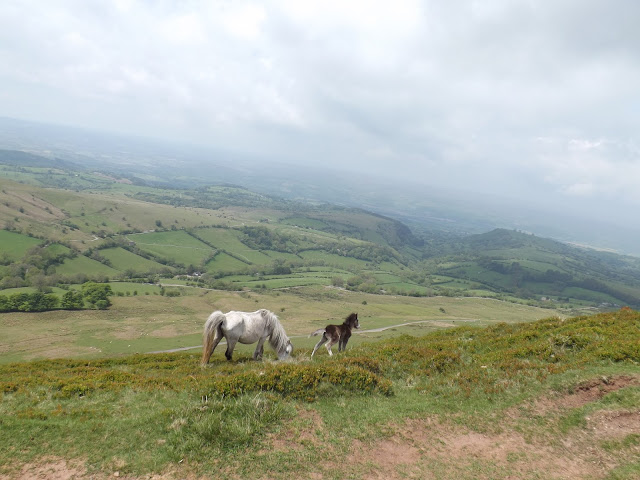 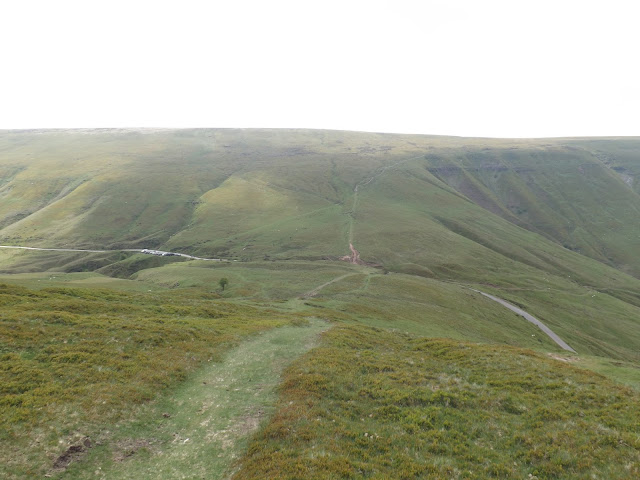 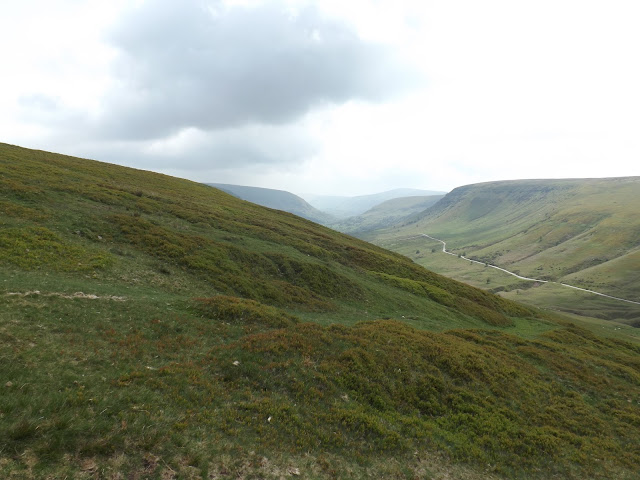 Our route took us down to the road that runs through Gospel Pass (540m). A short climb and we were heading up hill towards Lord Hereford's Knob. 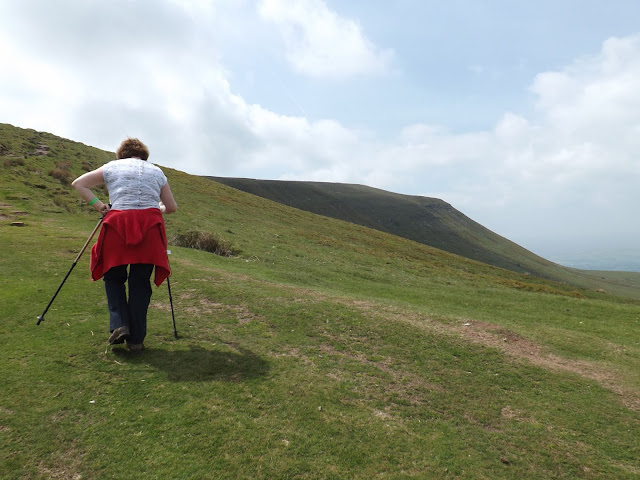 The path continues south east before sweeping in a big curve east. The views across to our right, west, were stunning as the whole valley opened up. 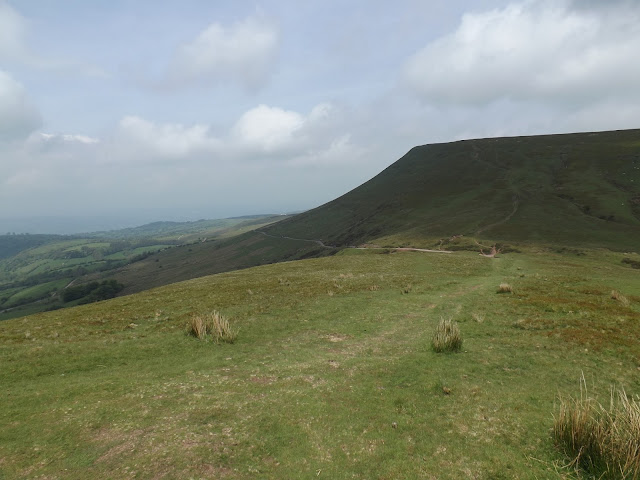 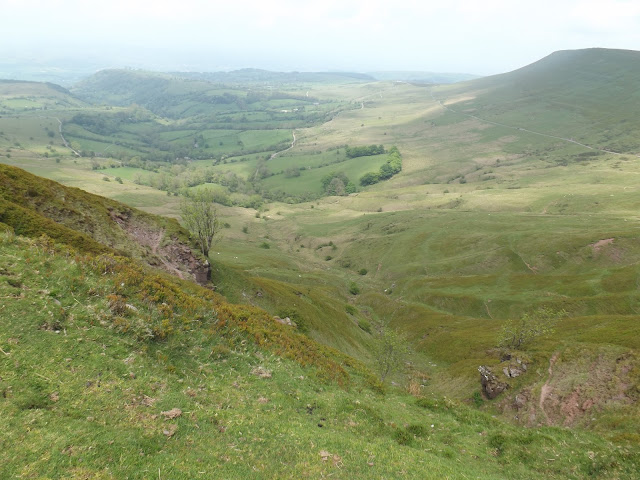 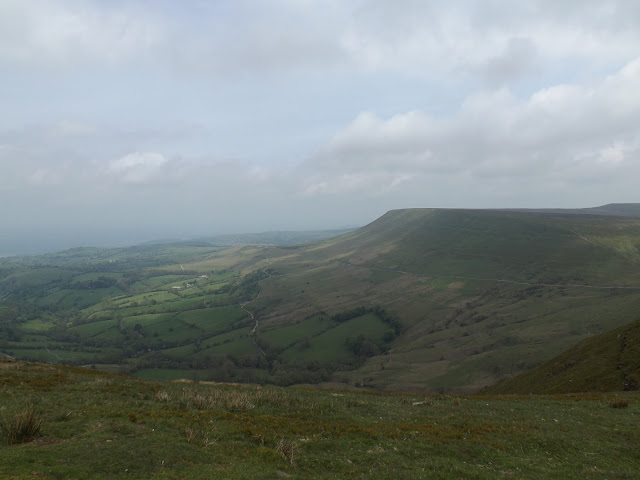 The path levels off a little as it nears the top, it did not take us long to reach the top (690m). We took a few photos and moved south west off the top. It was very warm in the lee of the wind, where we sat and had a small snack, looking south west across the Breacon Beacons. 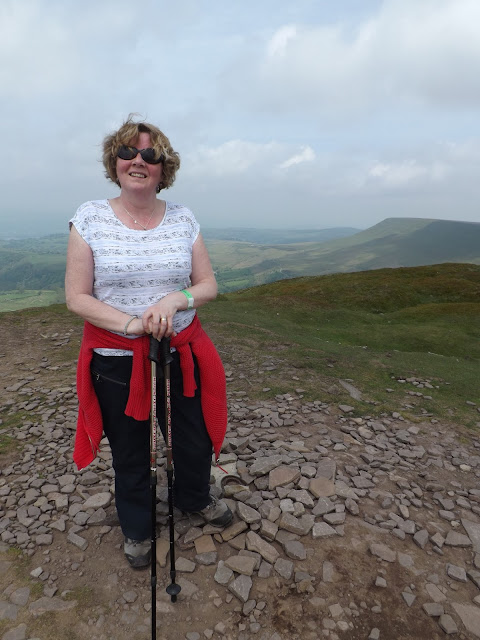 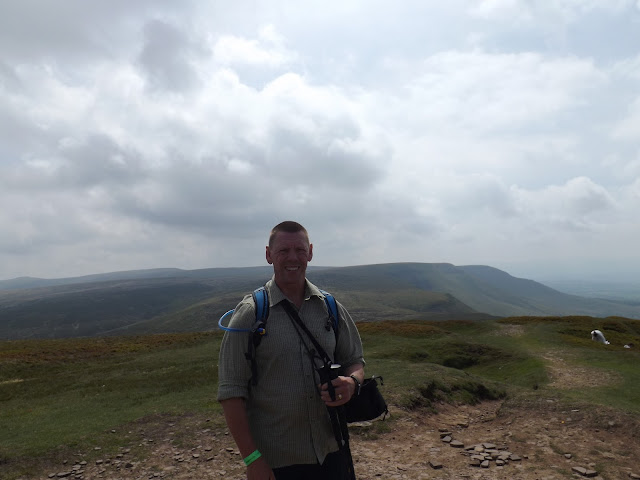 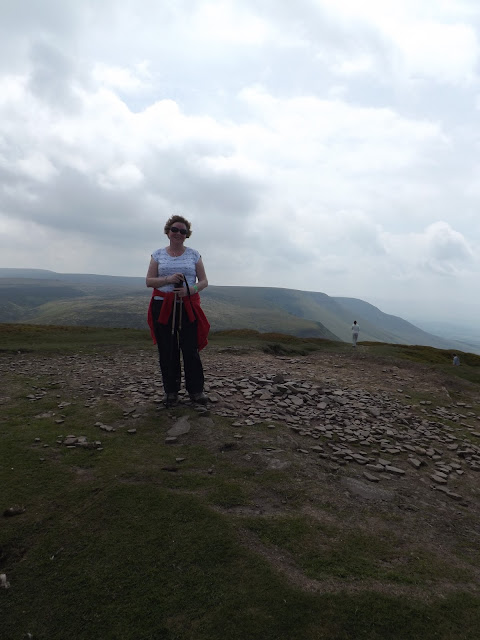 After our break we turned back and headed back the way we had come, this time walking east. 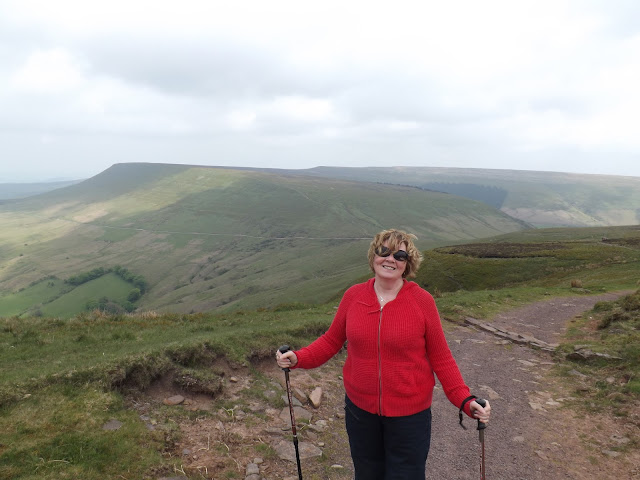 Following the path as it sweeps in its curve north east down hill back to the road. At the road we turned left and followed the road north back to the car park. As we walked along we could see below a shepherd moving his sheep it was brilliant watching how the dog moved the sheep.

It was nice at the car park so we sat for a few minutes and enjoyed the view with an ice cream. Watching all the people walking up and down Hay Bluff.

We had walked 7km with approx 400m climb.


Boz North
Details correct at time of writing.
Follow link to the last walk on Hay Bluff when we did the Offa's Dyke Path.